Earn From The World of Galactic battles with Cantina Royale
Advertisement 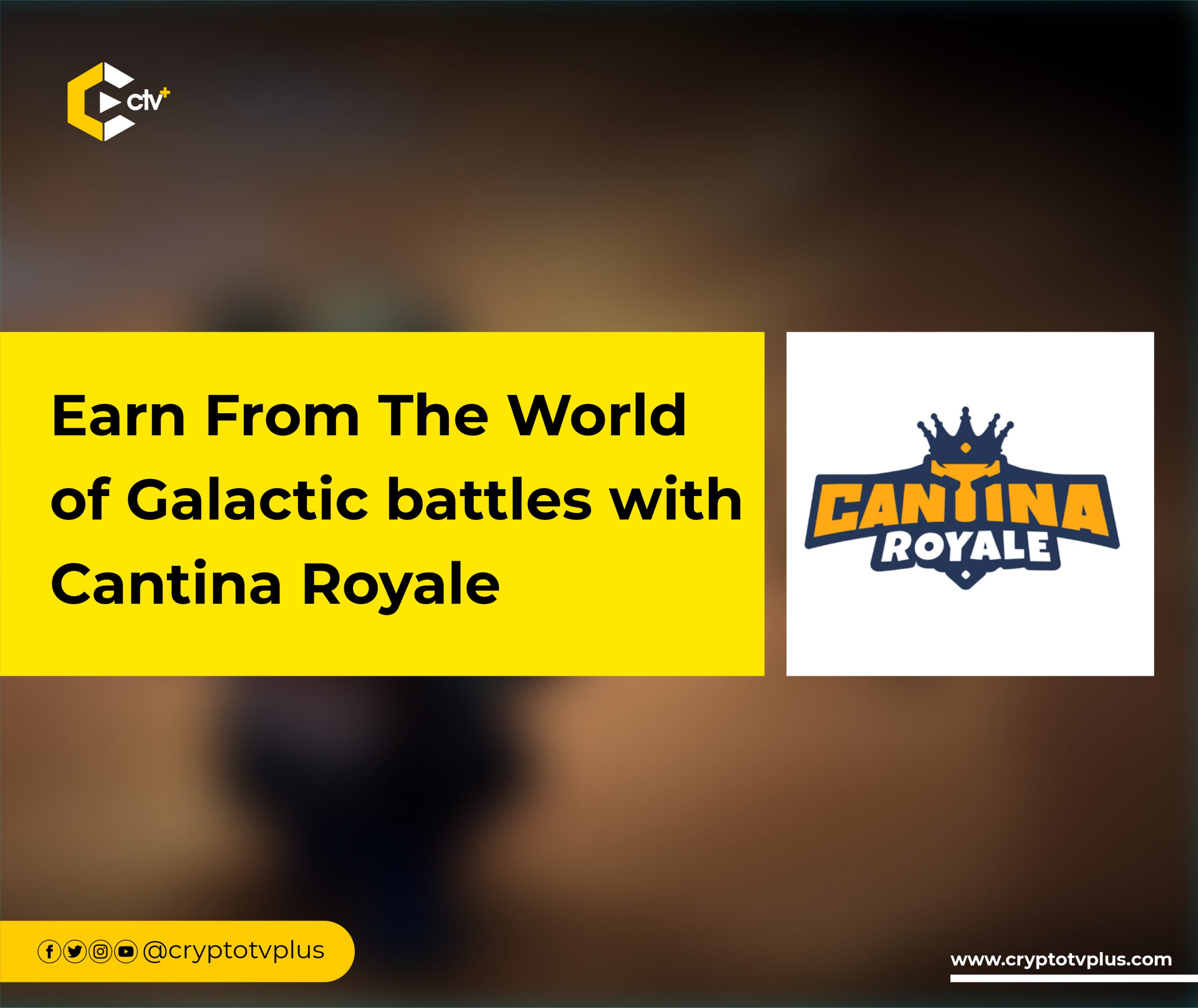 Cantina Royale, a tactical arcade shooting game that features both single-player and online multiplayer created by Dan Bojan, and aimed at delivering to gamers a unique gaming experience. This will be provided through its distinct game assets, dynamic gameplay, and opportunities to earn from the world of “galactic battles.”

In creating an A-grade game, Cantina Royale combined the three key drivers — Unique Characters, Co-op Gameplay, and Space Conquest that to make the game successful. Cantina Royale also offers free-to-play opportunity where gamers can play the game for free but without access to NFT characters from top referenced NFT collections.

The Cantina is a space where ragtag ruffians meet, and as a result of this, there is a possibility to find characters with unique features and looks. Cantina Royale also features different sets of NFTs as playable characters through Space Apes; however, an original collection will be available once the game is fully launched.
This collection in its functionality will help to boost the Cantina Royale ecosystem with its stunning 3D graphics. These NFT characters are used by Players to play the game and earn from them.

Cantina Royale will also feature fully-modelled 3D characters of the popular NFT Collection: the Bored Ape Yacht Club. These characters will be in-game playable characters with an Ape having its unique set of features, voice animation inclusive. Through this, gamers will get to occupy their virtual world with their NFT and interact with other game users.

Cantina Royale will to add more known NFT collections to the game. NFTs from these collections will also be playable and they will possess 3D characteristics just like the existing NFTs. This is one of the ways Cantina Royale wants existing players and new players to enjoy and be a part of their ever expanding world.
Cantina Royale also brings together the features of Defi and NFT gaming.

It has an on-chain NFT Staking system that provides players with opportunities to earn with their high-level characters through NFT sales or rentals. Each player’s digital assets are locked securely on-chain, and players can earn passively for staking these assets.

Also, from one of Cantina Royale’s sponsorship programs emanates a Defi marketplace that allows the lending and borrowing of NFTs between players. Players who can’t afford to purchase an NFT can rent from other players at a reduced cost and to serve as a passive source of income for the NFT owner.

Cantina Royale has 2 major modes. They are: play versus environment PvE and play versus player PvP.

PvE players will have to bond with in-game allies to take on missions. A mission can take about four players who form a team and raid for treasures as they fight to defeat their enemies. This mode has an already set protocol that is automated to give daily missions to players and reward them upon the completion of each mission.

Once a mission is completed, another mission for the next day is released but with increased difficulty.
Players can also purchase a rewarding contract, upon which they will gain very rewards if they successfully fulfill stipulated tasks . Rewards earned can be swapped for weapon upgrades, rare in-game items, and fiat.

This is a multiplayer mode where players fight each other in a “Galatic Arena” and the winner is rewarded. With the Arena’s capacity, it can be a one-on-one fight or a form of “royal rumble” where the last Ape standing wins.

Apart from this, players can also challenge each other into high stake matches. The winner of the match wins all the staked amount as their reward.

WilderWorld: the VR Platform that Brings 3D NFTs to the Gaming World

Play, Fight, Build & Earn in the League of Empire Metaverse

The NFT Marketplace is another exciting feature that is facilitated through Verko and it is a hedge for Cantina Royale players.

The marketplace facilitates secure and immediate transactions of NFTs across different games, and users are allowed to scout for items for their characters in Cantina Royale, as well as other game titles.
The major distinguishing factor between free-to-play characters and premium characters is that gamers who play for free will progress slowly and will not have the access to in-game rewards, NFT characters from collections and item upgrades.

On the other hand, premium gamers progress faster in their gameplay, earn rewards actively and passively, and gain access to exclusive features that will strengthen their characters.

The economy in Cantina Royale operates through the use of $CRT and gamers are incentivized with it. $CRT is used by gamers to recruit new characters in the game, to increase their collection and to have more gaming power. $CRT tokens can also be used to upgrade NFT characters and weapons, open loot boxes for rewards, unlock in-game assets, recruit characters, buy contracts and lucrative rewards, and purchase and sell NFT characters.

$CRT will also serve as a governance token that will permit holders to influence the on-chain governance proposals of Cantina Royale.
$CRT has a total of 1,000,000,000 tokens of which 15% is for the private round, 3.75% for public sale, 15% for the team, 27% goes to the ecosystem players, 17.5% to the community, 18.75% to the treasury and the remaining 3% to the partners.
Cantina Royale has secured partnership with many firms.