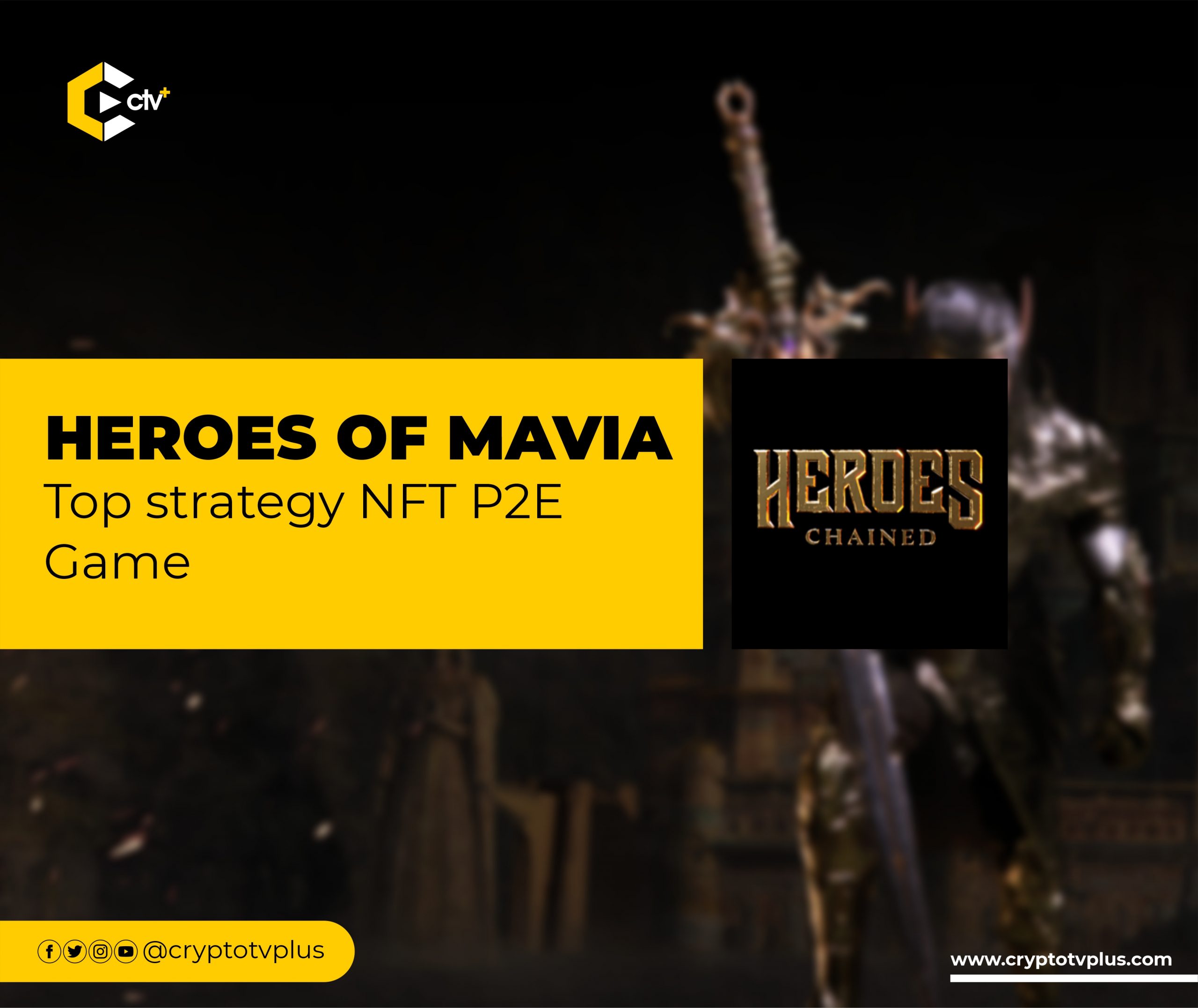 Heroes of Mavia is a AAA MMO strategy game that allows players to buy land, build a base and battle other players for the in-game token $RUBY. It is being developed by a sterling team that has Yvan F as the Executive Producer and Nhan C. as CTO. The project is backed by world-class partners like Binance Labs, Crypto.com, GenBlock Capital, Mechanism Capital, Yield Guild, GuildFi, Merit Circle and so many others.

The Mavia NFT Marketplace is a feature-rich NFT marketplace that allows players to buy, sell, partner and rent their NFT assets. The marketplace is fully decentralized and all transactions are exchanged through the $MAVIA token.

There are three NFT types in the game. Each  of them can be bought and sold on the Mavia marketplace

Initially, all land starts out with a Level 1 Base. As players develop their land and re-invest $RUBY into upgrading their Base HQ level and building their walls, troops and other defensive structures, the land improves in value. As the base grows stronger, the value of the land increases, creating multiple options for potential monetization by the owner. Below are the types of land.

Common: This makes up 70% of the Mavia Island NFTs. Common land has all of the same functionality and utility as Rare and Legendary, except the appearance is less lavish and the location on the map is not in prime areas. No defensive/offensive differences exist between any of the land types, nor do their sizes differ.

Rare: Rare land makes up 20% of the Mavia Island NFTs. Rare has a more luxurious design than the common, and also has a more desirable location on the land map itself. Additionally, Rare land has an extra luck factor included when removing obstacles, which over time will prove to be very valuable.

Legendary: Legendary land makes up just 10% of the Mavia Island NFTs. Legendary has the most luxurious design out of all land types, and also has the highest luck factor when removing obstacles, as well as the peak location on the Mavia map. Legendary has a waterfront beach location.

Hero and Statue NFTs are optional and are not required to play the game. Both Heroes and Statues enhance the gameplay and help provide a strategic advantage through battle and through base boosts.

Heroes are extremely powerful units that support players in both defense and offense, making their presence on any base essential, especially as players reach higher HQ levels where offensive/defensive strategies become more complex.

The Mavia team is making available four default Heroes, which will not be NFTs, but instead will be combined with the Land NFT itself. This means all Land owners will be getting four Heroes guaranteed packaged-in with their Land NFTs, with no extra NFT purchase required.

These four Heroes are not free, and will still require $RUBY to be unlocked. Also, these Heroes are unlocked sequentially, depending on the HQ level of the base.

The benefit of owning these additional Heroes is that they will have different powers, strategies, looks and scarcity compared to the default Heroes. More information around this development will be announced in a later update.

Free-to-play model of Heroes of Mavia

One of the most appealing features of the Mavis ecosystem is its free-to-play model that will be launched soon. This mechanism allows onboarding of hundreds of thousands or even millions of players into the Mavia ecosystem while simultaneously enhancing the RUBY economy and creating a more competitive and balanced player base for all players to enjoy.

The free-to-play model is expected to be fully  implemented and available to the public around early 2023.

The Mavia ecosystem is powered by two tokens – $MAVIA and $RUBY.

$RUBY is the main play-to-earn currency in the game, and can be earned by winning battles against other bases. Players earn $RUBY by defeating enemy bases and it can also be used to upgrade Land, Hero and Statue NFTs.

$MAVIA is the governance token and it is used to exchange on the Mavia NFT marketplace. It is also used as a reward for staking.

What do you think of this article ? Let’s hear from you in the comment box!

Related Topics:CryptoGameFiHeroes of Mavia
Up Next