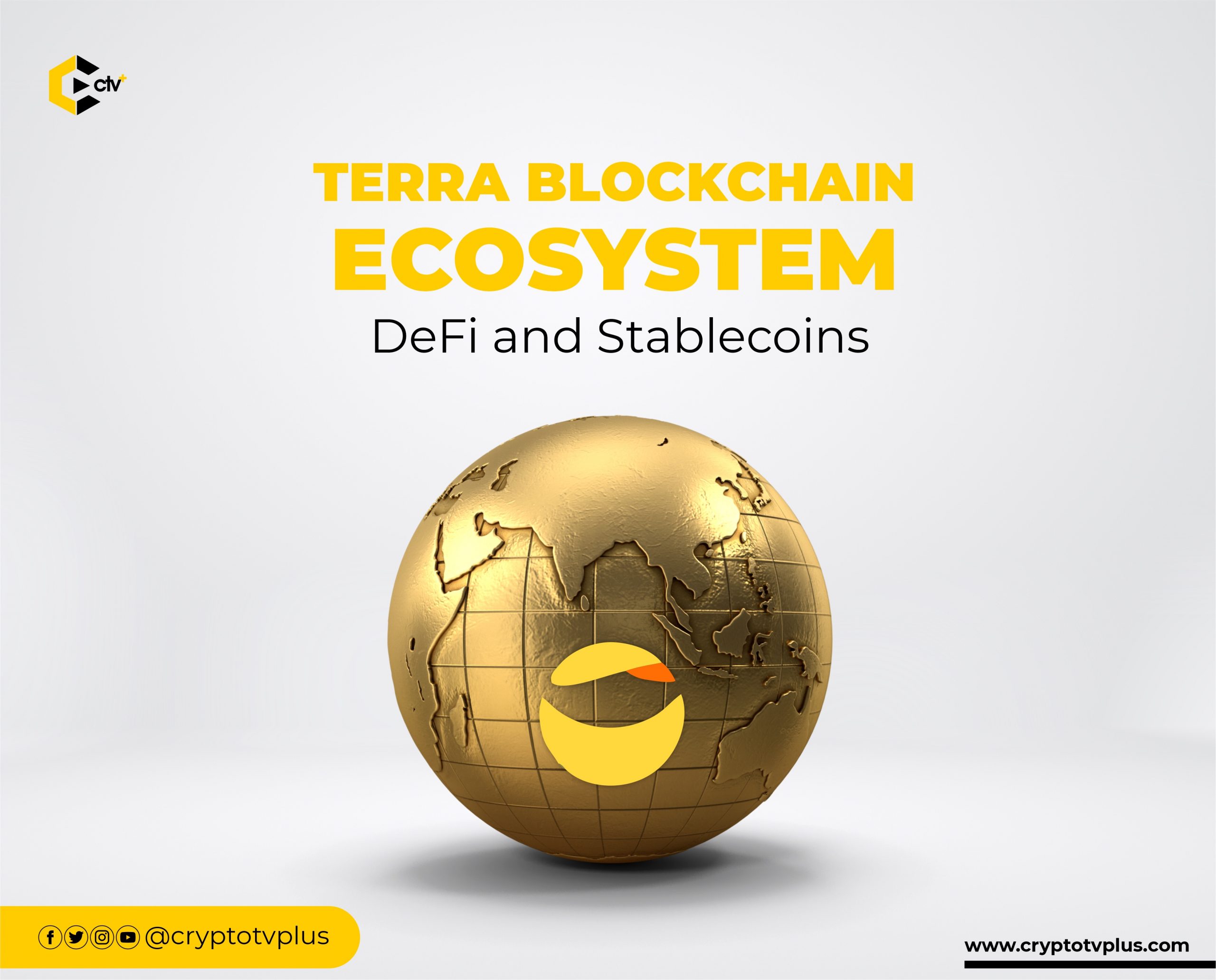 Terra is a Layer 1 blockchain protocol that aims to create a thriving payments-focused financial ecosystem offering interoperability with the real-world economy. Its two main ecosystem components are the Terra currencies, scalable algorithmic stablecoins pegged to different real-world fiat currencies, and the LUNA token, a volatility absorption tool that also captures rewards through seigniorage and transaction fees. In this chapter, we will have a look at the network’s DeFi and Stablecoins.

Terra is a programmable blockchain and payments-based financial ecosystem with a unique suite of DeFi protocols. Although Terra’s DeFi ecosystem is relatively small, there is a sizable number of standout projects that have a strong chance at becoming the network’s ‘major league’. Unlike many other projects, many of Terra’s leading protocols offer innovative DeFi solutions without cloning the most popular apps on Ethereum. Let us have a cursory look at some.

Spectrum is the first decentralized yield optimizer platform on Terra. It works similarly to other Ethereum-native aggregator tools like Yearn Finance, Vesper Finance, and Harvest Finance. Spectrum optimizes users’ yield farming by auto-compounding their rewards from various liquidity pools or other yield farming products built on Terra. Spectrum’s current flagship product is the Vaults, where users can stake their assets and choose between two gas-saving strategies: auto-compounding and auto-staking. With auto-compounding, the vaults automatically increase the deposited token amounts by compounding the yield farming rewards back into the initially deposited liquidity pools. With auto-staking, the vaults automatically stake the rewards into the respective governance staking contracts.

Anchor is an innovative decentralized savings protocol that offers a fixed 20% yield on UST deposits. Launched in March 2021, it is one of the most popular DeFi products on Terra. Anchor doesn’t set a minimum deposit and has no lock-ups. It generates a stable 20% APY on UST deposits by lending out deposited assets to borrowers who put up collateral in yield-bearing assets. These assets, which Anchor calls ‘liquid-staked assets’ or bonded assets (bAssets), represent staked native tokens on Proof-of-Stake chains. For example, instead of requiring collateral in LUNA tokens, Anchor requires borrowers to put up collateral in staked LUNA on top of the interest rate they pay for their loans. It is now the case that the protocol has two revenue streams. One is the yield from the yield-generating collateral, and the other is the interest rate paid by the borrowers. Anchor can offer a fixed 20% interest rate, known as the ‘Anchor rate’ by storing the excess real yield in a UST-denominated ‘yield reserve’ when the protocol makes more than 20% from borrowers and drawing down the yield shortfall from the yield reserve when it makes less.

Mirror  is a DeFi protocol enabling the creation of synthetic assets called Mirrored Assets(mAssets) that mimic the price behavior of real-world assets like stocks or bonds. Mirror’s goal is to allow anyone to own and trade stocks in a permissionless manner. Users can mint mAssets by creating collateralized debt positions using either UST or other mAssets as collateral—similar to how MakerDAO borrowers mint DAI. The newly minted mAssets are synthetics representing fractional shares of real stocks such as Apple (AAPL) or Google (GOOGL) tradable on Mirror or TerraSwap.

Other DeFi projects on Terra are Orion Money, Pylon Protocol, and a few others. Conclusively, Terra’s ecosystem has quickly emerged as one of the strongest in the DeFi niche. Terra has successfully established its place in DeFi by focusing on stablecoins for real-world payments, and the projects on the network offer innovative alternatives to those found on Ethereum and other Layer 1 networks. As cross-chain interoperability begins to take hold, Terra’s DeFi network is well-positioned to see further growth in the future.

Stablecoins have emerged as an important component of the cryptocurrency ecosystem, bridging the gap between fiat and digital currencies. The total capitalization of the stablecoin market has grown from US$20 billion in October 2020 to more than US$160 billion recently. Amidst a proliferation of stablecoin projects, Terra is among the first blockchain networks with purely algorithmic stablecoins built for e-commerce. Terra’s smart-contract blockchain and stablecoin ecosystem aim to offer next-generation digital money.

Terra Blockchain’s whitepaper describes it as a price-stable, growth-driven stablecoin that achieves price stability through an elastic money supply, enabled by stable mining incentives. The protocol also uses seigniorage(the profit made from issuing currency) to stimulate transactions and facilitate wider adoption. Terra’s main stablecoin, Terra USD (UST), aims to reduce the volatility associated with cryptocurrencies such as Bitcoin and Ethereum. Terra USD is secured not by U.S. dollars, but only by smart-contract algorithms and the LUNA coin.

Terra’s stablecoins are algorithmic stablecoins, meaning that the protocol is designed to achieve price stability by using algorithms. For instance, the value of UST is equivalent to $1USD and should remain stable thanks to the LUNA token. When UST drops below US$1, LUNA supplements the UST supply to help it maintain its peg to the dollar. LUNA is the Terra protocol’s native token, used for staking, governance, and collateral for the network’s algorithmic stablecoins. The token is important to the ecosystem’s collateralizing mechanism to ensure the price stability of Terra stablecoins. This is why LUNA is designed to have a dynamic supply that fluctuates according to the protocol’s collateralization algorithm. Succinctly, LUNA is responsible for the stability of Terra stablecoins, and vice versa.

As we have discussed in previous chapters, each Terra token is pegged to a fiat currency as a crypto-collateralized, algorithmic stablecoin. The first stablecoin issued by Terra was TerraKRW (KRT), a stablecoin based on the South Korean won. Others include TerraUSD (UST), TerraJPY, TerraCNY, TerraEUR, TerraGBP and TerraSDR.

Related Topics:CryptoDefistablecoinTerra Blockchain
Up Next