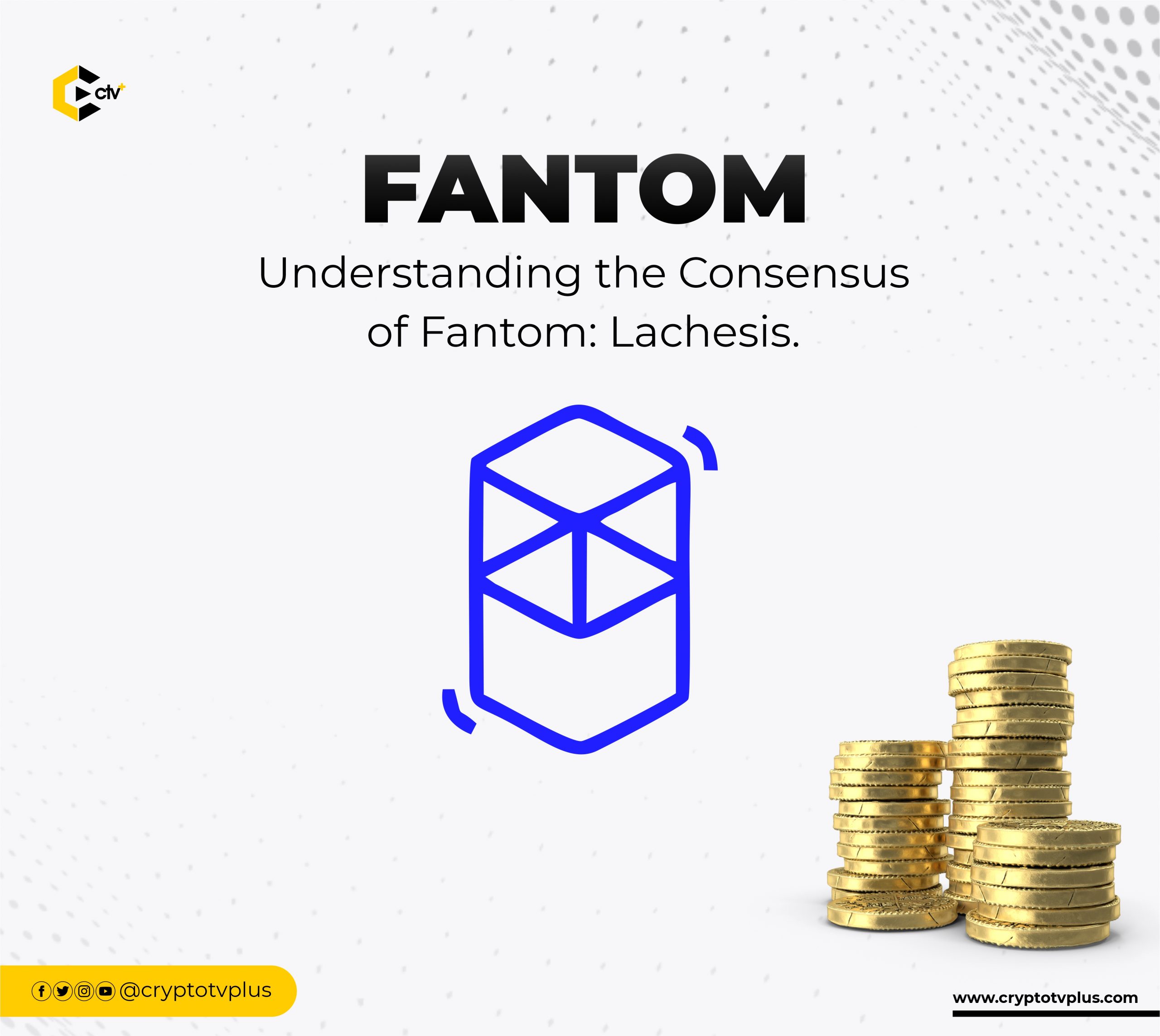 One of the major features of blockchain technology is the presence of consensus protocol or algorithms as used in different cases. They mean the same thing. This system that blockchain uses is what controls the validation and verification of transactions on any blockchain ecosystem.

Eric Rosenberg defines it as “a system that cryptocurrencies like Bitcoin and Ethereum use to validate the authenticity of transactions and maintain the security of the underlying blockchain”. Therefore, consensus controls how a transaction is validated and recorded in the network across all nodes.

For Fantom blockchain, the asynchronous version of Byzantine Fault Tolerance algorithm called Lachesis which is faster, easily scalable, and more secure, is what it runs on as its protocol.

This protocol gives it an advantage to tackle the blockchain trilemma.

How does Fantom work to solve the blockchain trilemma?

First, it’s important to know that the blockchain trilemma is a design consideration in the development of any blockchain ecosystem. This design scenario is used to consider the right tradeoffs between any two of these qualities (speed, security, and decentralization) in the development process.

Fantom blockchain addresses this challenge by using the asynchronous Byzantine Fault Tolerance (“aBFT”) consensus that allows transactions to be processed asynchronously (so the transactions must not follow a particular order) increasing the speed and the throughput (a measure of how many transactions are completed within a given time frame) of transactions compared to synchronous BFT ledgers as mentioned before.

The blockchain platform with over 700,000 transactions daily, achieves decentralization and security through a permissionless and leaderless consensus protocol, in which anyone can join and leave the network at any time and all nodes are equal.

The aBFT consensus of Fantom and how it’s different from others.

Remember that Lachesis is the name of the consensus of Fantom blockchain. It’s an asynchronous Byzantine Fault Tolerant system. What does this mean? A network is said to be “Byzantine Fault Tolerant” when its nodes can reach full agreement on any transaction even when there is a disorder from an aspect of the network.

With this structure, nodes in the Fantom blockchain can validate event blocks that contain transactions without any restrictions on timing, making the network so fast with high TPS (Transaction Per Second) yet, security and decentralization are intact.

Also, when a transaction is confirmed in the Fantom network, it achieves complete finality and can’t be changed nor reverted. In this case, the finality (time taken for a transaction to be completed) of the Fantom blockchain is around 1 to 2 secs. So fast right?

Let’s consider this difference again: for Fantom blockchain, using aBFT consensus with an asynchronous model, agreement on transactions is still successful in periods of lost connection between nodes increasing network resilience but in synchronous blockchains like Bitcoin and Ethereum, transactions follow the longest-chain for full verification.

And if the longest chain, then more time is needed to approve each transaction after another. So the older the transactions, the more likely they will be cleared and added to the block after confirmation.

How does Lachesis work?

Here’s a full explanation of how this works:

“Each Lachesis node stores a local acyclic directed graph (DAG) composed of event blocks, each of which contains transactions. The DAG, capturing the happens-before relationship between the events, is used to calculate an exact final order of events – and hence transactions – independently on each node.

“Consensus results in batches of confirmed event blocks, where each batch of events is called a block. Finalized blocks forming the final chain are calculated from event blocks independently on each node.

“Unlike Proof-of-Work, round-robin Proof-of-Stake, coinage Proof-of-Stake, and sync BFT, Lachesis nodes don’t send blocks to each other. Only the events are being synced between nodes. Validators don’t vote on a concrete state of the network; instead, they periodically exchange observed transactions and events with peers.

“Unlike Classical consensus, such as pBFT, Lachesis doesn’t use new events in the current election; instead, new events are used to vote for the events in 2-3+ previous virtual elections simultaneously. This leads to a smaller number of created consensus messages, as the same event is reused in different elections.

With this, you can see why it’s fully decentralized, secured, and yet so fast at about 700,000 transactions per day. It’s more democratic with little interference.

DAG (directed acyclic graph) can be defined as an “alternative to the traditional blockchain that aims to improve speed, scalability, and cost issues of blockchain technology, and can be categorized as a distributed ledger technology,” says Vikash Kumar Das

“DAG is also a system that records transactions on a digital ledger. And as DLT is distributed and decentralized, so is DAG; both solve the same purpose. Both are exceedingly competing technologies when it comes to their application. The main difference between both technologies being the structure in which the data is stored on these platforms.”

So, Lachesis uses the DAG structure to store and retrieve transactions. Each of these DAGs is shared into sub-DAGs called epochs which are finalized by blocks. Epochs have limits and are sealed when an event occurs for a specific blockchain ecosystem. For example, in the Ethereum network, an epoch is the time it takes for 30,000 blocks to be verified. Apart from reaching a required number of blocks, other conditions might include:

These unique attributes of the Fantom blockchain have made it a favorite for utility usage amongst developers, and building products for businesses. And with their focus on creating a better ecosystem with research and community involvement, there will be more coming from the team developing Fantom blockchain.