Aura Network: All you should know about the NFT centric Blockchain
Advertisement 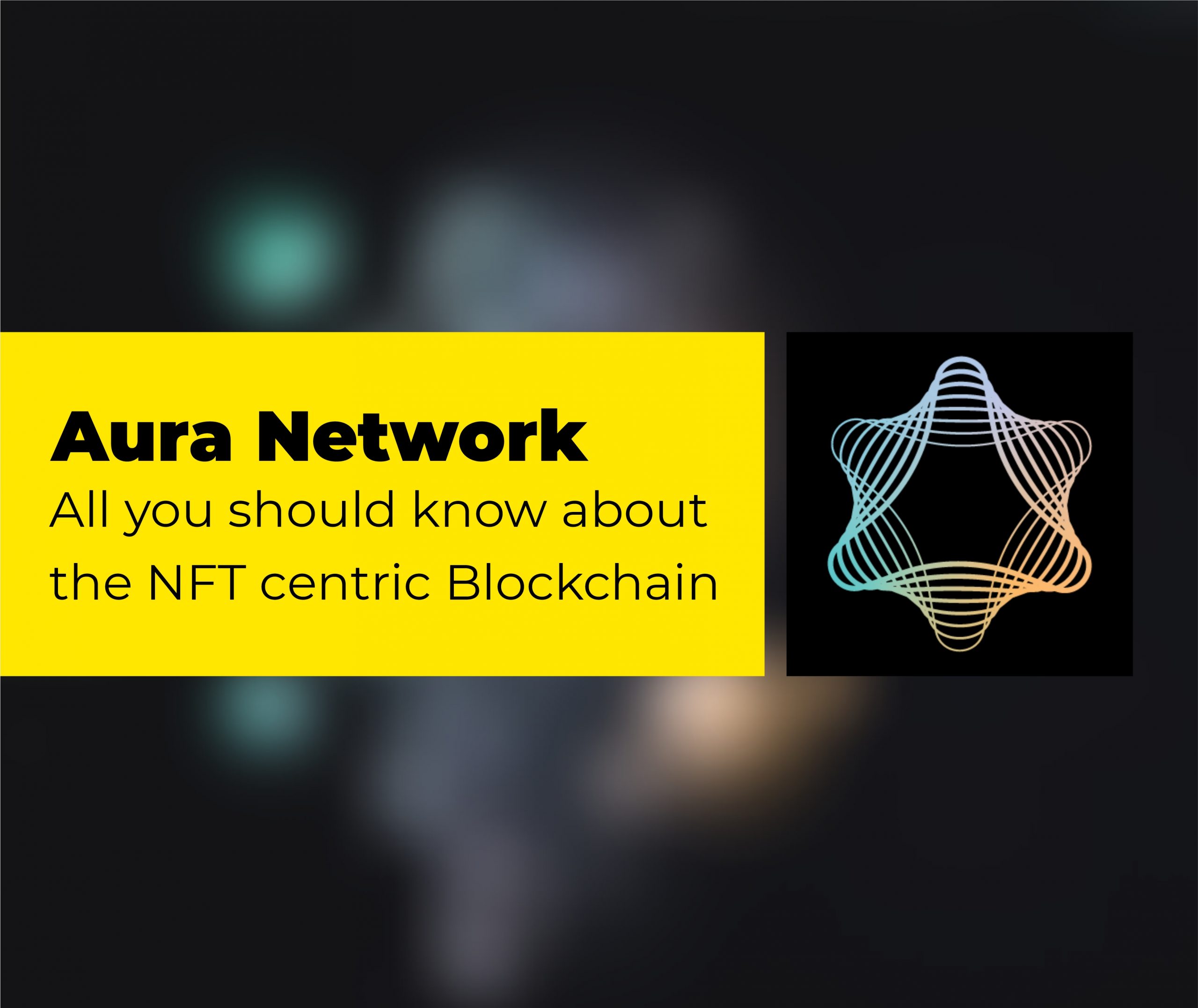 Aura network is an NFT-centric layer 1 blockchain that is focused on expanding the use of NFTs across various industries in the metaverse. It is a scalable, agile and effortless Layer-1 blockchain with a comprehensive ecosystem created to fasten the global adoption of NFTs. To make this possible, Aura Network is creating a space where NFTs can be minted, evaluated, queried and transacted.

Aura is also focused on creating a sovereign blockchain that is optimized for NFT use cases. To achieve this,  Aura has its decentralized structure that is governed independently and halts the dependency on other layers 1 blockchain. Existing ecosystems like Solana and Ethereum are often congested with a lot of unrelated transactions. This can only be solved if the developers give up either the security or their decentralized nature. But to solve this existing challenge, the existence of Aura’s sovereign blockchain will allow more freedom to optimize the platform and provide better performance, security and utility for NFT applications.

Validators are blockchain nodes who contribute to the consensus process by producing blocks and confirming transactions on the blockchain. The consensus engine is a Byzantine Fault Tolerance (BFT) machine replication engine called “Tendermint”.  The proof of stake logic layer used is also provided by Cosmos SDK.

Aura daemon is also referred to as aurad. It is the compiled platform’s binary that runs all the validator nodes. Aurad houses all the cosmos modules needed to run the blockchain platform. Some of these modules are Auth, Bank, Mint, Stake and Slash. In modifying these modules, parameters and certain business logic that are required by Aura tokenomics are added. This modification does not change the nomenclature of the provided modules from Cosmos.

Cosmos Web Assembly also called Cosm Wasm is a cosmos module that facilitates Web assembly of virtual machines in the Cosmos SDK. Cosm Wasm is the middleware designed to build smart contracts and Dapps for the Aura ecosystem. Currently, only contracts written in “Rust” are supported by Cosm Wasm. In due time, a high-level programming language is said to be added.

IBC also known as Inter-blockchain Communication protocol, the signature cosmos module that facilitates the transfer of tokens directly from one chain to another. By default, Aura network enables IBC to make the transfer of Aura Coin to terra, atom, Osmosis or other IBC-enabled blockchains easier.

Aura network in its functionality aims to bring together assets in and outside the Cosmos SDK. The bridge was used to achieve this. The bridge is a link between the aura network and other blockchains through which the assets of these blockchains are brought to the Aura network. Bridge solutions that utilize both ERC-20 and BEP 20 tokens are used.

Aura network in its operation has some elements responsible for its day-to-day operation.  They are the building blocks of the Aura ecosystem. They are:

This refers to the architectural components stated above. They can be referred to as the backbone of the Aura network upon which all other areas of the network dwell on. Apart from validators, Cosmos and Tendermint ensure the smooth running of production software. These include seed, sentry, full and light nodes.

Decentralized Applications are the main focus of the Aura network. In achieving Aura’s scalability goal, these applications provide users with a rich user experience when working with cryptocurrencies and NFTs.

NFT Hub: a one-stop destination where the Aura community can interact with NFTs and the metaverse.

Aura DEX: a decentralized exchange for tokens based on CW-20 tokens.

Playground: this is a web-3-based smart contract IDE for developers

Marketplace:  this is the ecosystem’s marketplace.

Bridge:  this facilitates the swapping of assets between BSC and Aurachain-based assets.

Aura Safe: this is the ecosystem’s wallet. It is a multi-signature wallet inspired by Gnosis.

Launchpad: This is the technological and financial support and business promotion given to NFT projects building on the Aura chain.

How to Earn in the Revoland Metaverse

The Aura network has two native tokens. The Aura token is based on BSC and Aura Coin. Just like other BEP-20 tokens, the Aura token can be freely traded on the crypto market. Aura token also provides liquidity on BEP-20 compatible decentralized exchanges.

On the other hand, Aura coin has the following use cases

The maximum amount of Aura that can be minted is 1 billion tokens. This value has been specified in the Aura genesis block and cannot be uttered until a hard fork is done.

In allocation and distribution of Aura coin, 20% goes to the ecosystem growth, 10% to strategic, 5% to private sale, 5% to strategic reserve, 5% to public distribution, 10% to foundation reserve, 20% to the team, and the final 25% as block rewards.

What do you think about this article? Let us know in the comment session