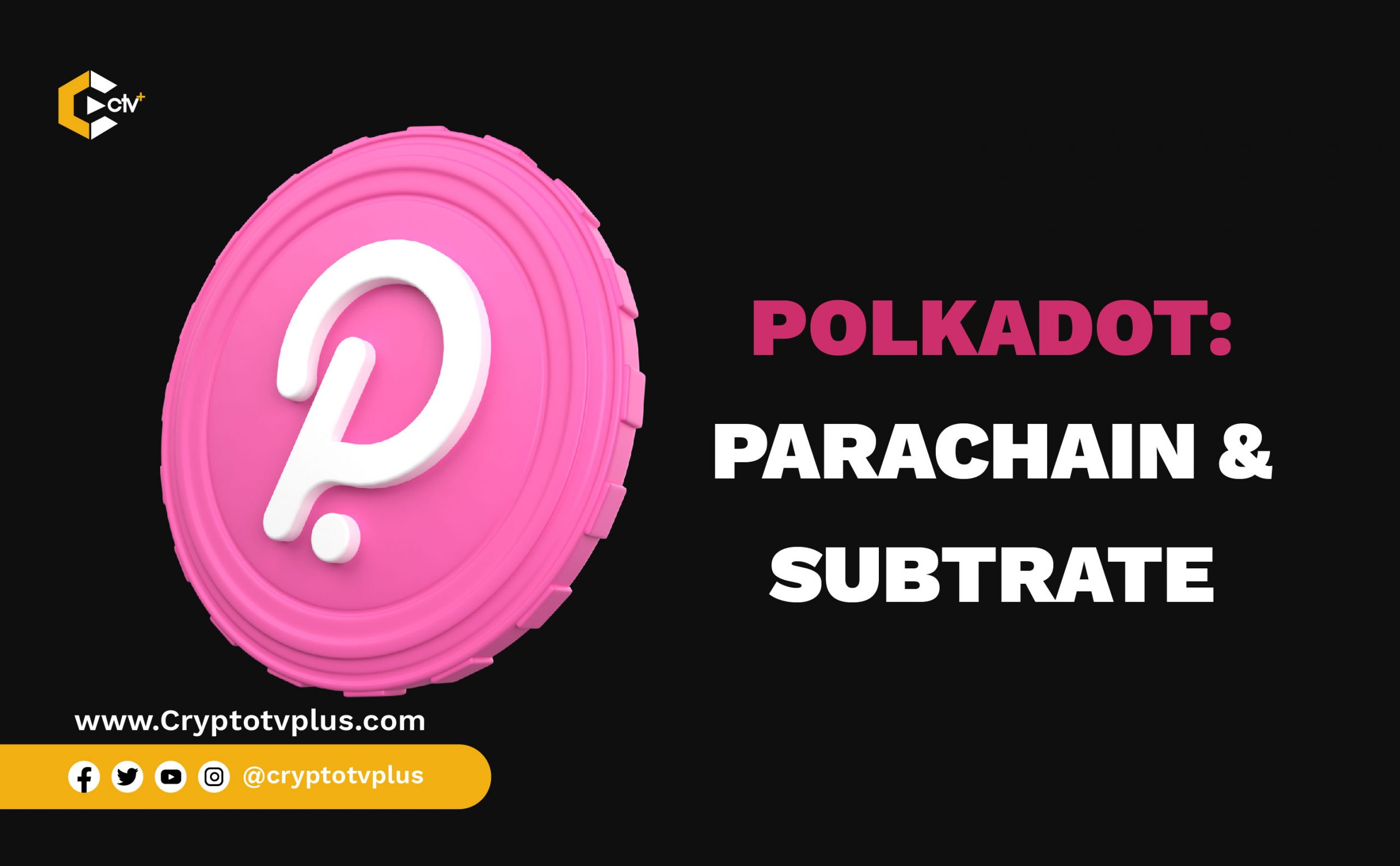 Polkadot, as a ‘network of networks’ connects blockchain networks into one unified network. In view of this, there are connected chains known as Parachain– they create a vast network of chains that are all coordinated and secure.

To efficiently build many different blockchains, Parity developers put all the functionalities needed to build a blockchain into a framework called Substrate. The idea was to take everything learned building Ethereum and Bitcoin implementations and make creating a blockchain as straightforward as possible. These foundations of Web3 are going to be examined in this article.

The Parachain is a crucial part of the Polkadot ecosystem, they run parallel to the relay chain. They are customized for various use cases and feed into the main Ethereum blockchain(the Relay Chain) which powers the Polkadot and Kusama systems. Therefore, parachain also gets the benefits of a relay chain. The relay chain has features like shared security, payment settlements, etc.

Polkadot gives flexibility to parachain, although it is established that they follow all the Polkadot protocols. The flexibility allows the parachain to design and modify itself. One of the main reasons to create Polkadot was that it is scalable.

This is where ‘parachain auctions’ come in. The process to connect with relay chains is a parachain auction. It does not need permission, and the aim is to allot slots of parachain to projects. However, the slots are limited, and there is high competition between projects to secure one.

Parachain is an essential part of the Polkadot ecosystem. They have blockchains that are customizable and provide quite a lot of incentives for the network. Furthermore, Parachain improves interoperability along with transactions that are fast and cheap. The customizable features allow users to create a blockchain with tokens and unique use cases.

Understanding the Harmony (One) Blockchain

In Polkadot co-founder- Robert Habermeier’s words, Substrate is, “a set of libraries for doing all the things that are annoying about writing blockchains.” Substrate effectively separates the individual functionalities of a blockchain as modules and generalizes them enough so that they can still be used effectively for different scenarios, while their manageability enables near-instant implementation. Substrate has been developed to create blockchains that will easily connect to Polkadot.

From another perspective, Substrate is the primary ‘blockchain SDK’ used by developers to create the parachains that make up the Polkadot network. Substrate allows users to create specialized blockchains for any use case and was used by Parity Technologies to create Polkadot itself, which attests to its high level of performance, flexibility, and robustness.

While Substrate can be used to build any type of blockchain, not just Polkadot parachains, connecting to Polkadot offers a multitude of benefits, including built-in security, cross-chain interoperability, and access to Polkadot’s growing ecosystem of platforms, applications, and end-users. building a custom blockchain with Substrate offers greater freedom, flexibility, and optimization than building on top of a general-purpose smart-contract blockchain.

Substrate’s multilayered architecture lets developers choose between the ease of development and technical freedom. The three layers are Substrate Core (with Polkadot-Core-integration), Substrate SRML, and Substrate Node. Substrate fulfills two main goals within the overall Web3 vision, they are;

Substrate-based chains are easy to integrate into Polkadot or Kusama to become a parachain or parathread. Essentially, Substrate is the SDK with which you can build parachains and Polkadot is the means of securing the chains and allowing them to communicate with each other.

However, although they are collaborative, Polkadot and Substrate are not dependent on each other. Polkadot parachains can be built and maintained without ever touching Substrate (though alternative software options for doing so are currently limited) and chains built with Substrate do not need to be connected to Polkadot or Kusama.

Substrate-based chains can exist as ‘solo-chains’ on an independent basis. Conclusively, Substrate is dedicated to the use of open, well-adopted, and web-literate technologies, such as Webassembly and Libp2p, as well as Light-client technology.