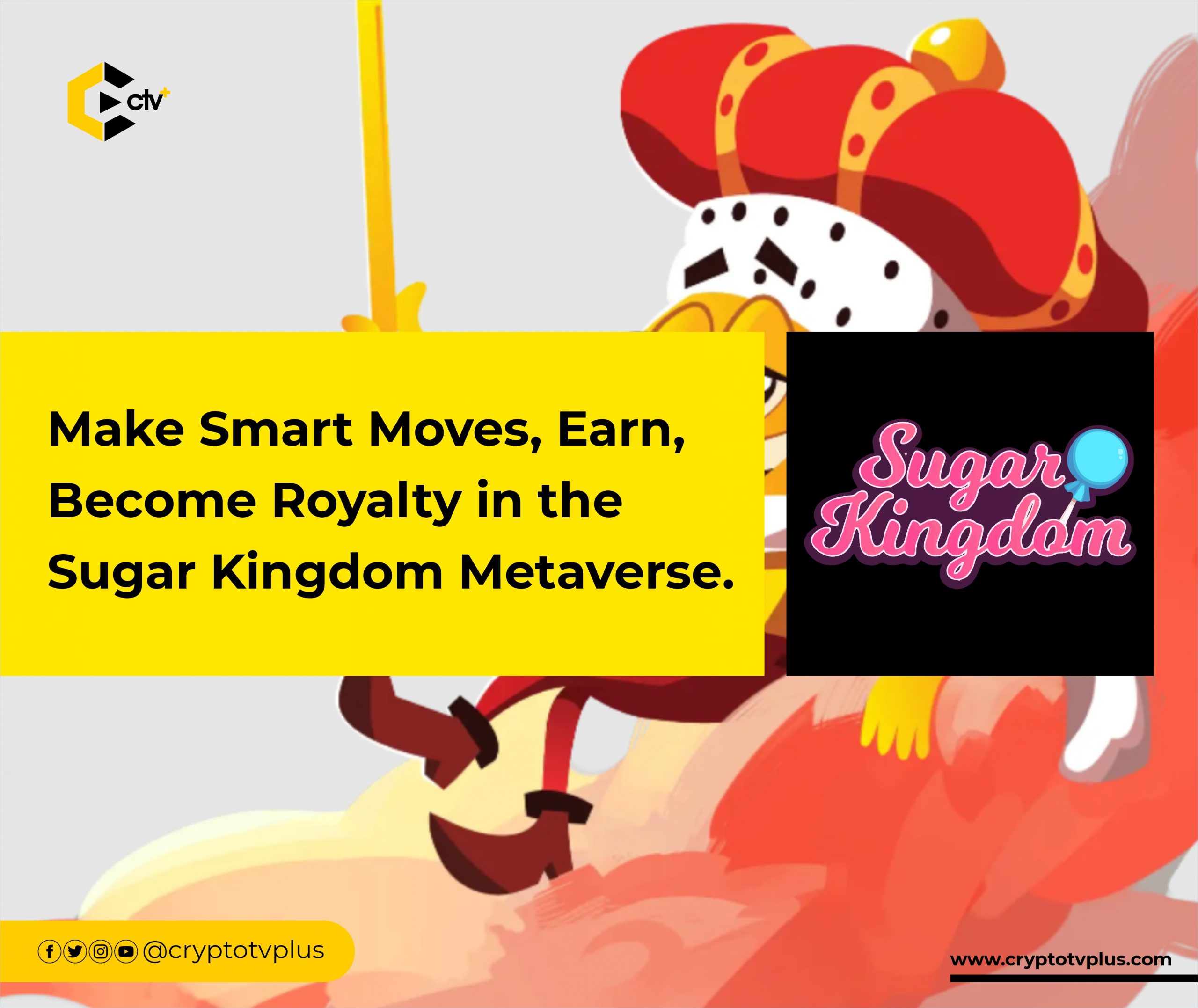 Decentralization is becoming an immutable force and a growth engine, driving advanced changes in the gaming world. Sugar Kingdom is a blockchain game developed by Apes International Group, a group of specialists who are passionate about technology advancement. Sugar Kingdom is a match-3 game that provides a relatable and addictive gaming experience in a metaverse, and it is available to users of all ages and from all nations. Francisco Linzuain is the CEO, and Marcelo Crespo is the Art Director.

It is an opportunity to explore new financial prospects, and aside from engaging in engrossing and intense gameplay, players are the true owners of the in-game items, which they may swap with other players based on their total playtime. The earnings can also be invested in the various in-game economic systems on the platform.

The following are the three key inspirations for the Sugar Kingdom metaverse:

The match-3 mechanics: include visuals, rapid gratification, messaging, and audio as part of the sugar game gameplay.

The gambling industry: The sugar game is appealing and follows the traditional gambling models that have been proven over the past few years to inspire gamblers to keep on gambling.

The world’s sweetness: the Sugar Kingdom combines its brand with exciting potential to build an opportunity for gamers.

Logging into the platform, the user is greeted with a royal recognition: “Good Morning, Your Highness.” Users’ data are shared with them by the in-game court assistant. The treasury is a feature of the royalty where the kingdom’s tributes are collected. There are several levels of royalty, each with its customizations, privileges, and claims to Vote Rights and the Treasury, among other things.
Having Royalty Points makes a user eligible to attain Royalty status.

The Sugar Kingdom’s top three royalty positions are as follows:

There are nine other open royalty statuses in the Sugar Kingdom. Players can become important partners and friends of the Crown, Partners of the Crown, Regional Nobles, and Local Nobles when they meet the requirements for the royalty status that corresponds to a particular kind of noble.

At the heart of the Sugar Kingdom is Mount Chocolympus, which is the mightiest of all the mountains in the kingdom. The multi-layered mountain has a candy castle and is shaped into many terraces, each with a higher sweetness grade and an ice-crowned marble monster. Because he is the Candy King’s watchful Lord, all territories are under his observation.

Candy King’s mission is to create the greatest place to grow and prosper, a place where sweet dreams come true with plenty of bounty for everyone who chooses to share it. The Sugar Kingdom and the Wild Frontiers are located beyond Mount Chocolympus. Chocolate rivers, sour jelly meadows, marzipan quarries, and other kingdom goodness.

Currently, there are three types of land, each closer to Mount Chocolympus’ peak.

Landowners can improve their lands by renovating them to increase their income-generating potential. They must have a particular number and quality of NFTs to reach each tier of upgrades.

The platform is open to new developers who are outside Apes International Group Corp. to use the already-created utility tokens and ecosystem to establish their gaming ventures within the Sugar Kingdom ecosystem.

PvE “Sweet” Mode: This challenge is immersive, and players only have a certain amount of time to score as many points as they can. The reward increases as the number of points increases.

PvP “Duel” Mode: This is a 30-second game mode during which both players must be able to move their pieces into similar ones. The players’ success is determined by scoring more points than their opponent within the given time. Movements in this game are unlimited, but the number of duels to be played will be limited if players didn’t make an initial investment. Although there are no entry barriers in this game mode.

PVP “Savage” Mode: The gameplay in SAVAGE mode is similar to that in DUEL mode, with a few exceptions, and it is developed to provide a full risk scheme with the biggest benefits, as its name implies. Users who had previously obtained $CANDY tokens place them on a bet. This game mode constitutes a burning mechanism for the platform. In addition, a percentage of the whole stake is burned automatically.

After the first 30 seconds, the losing player has the option to extend the match for another 30 seconds for 1 $cookie.

The Adventure style: This is an adventure-style feature that allows players to go into the Wild Frontiers and play to earn points and make game moves that could lead to wealth or disaster.

Tickets are earned by playing Sweet Mode and other Sugar Kingdom games.
Players earn daily passive tickets when they become a member of the Royalty.
Tickets can be used to gain priority access to special events and features. Players with such access will be able to get unique rewards that only one person can earn. They can also be used to buy limited rare items and elements.

This is the platform’s utility token, which is used by gamers to bet and play on the platform, as well as purchase NFTs.

$CHOCOLATE: This is the governance token that will be created as a result of user engagement and CANDY staking. It has a total supply of 500,000,000 $CHOCOLATE.

Three types of stakes are available to users:

Related Topics:blockchaincandychocolateMETAVERSENFTPlay-to-earnsugar Kingdom
Up Next