We need solutions that help businesses in a decentralized manner
Advertisement 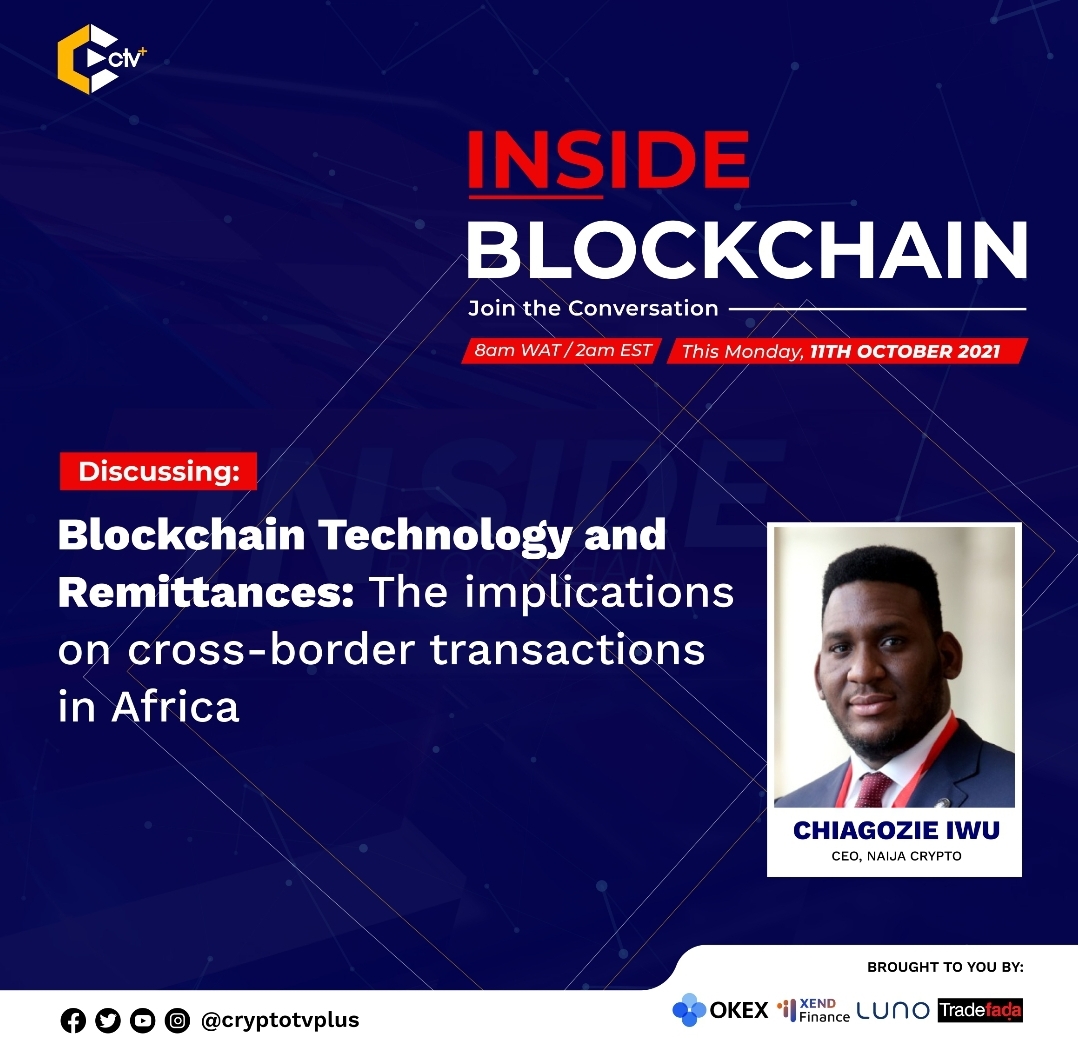 The topic for discussion on the Inside Blockchain Show broadcasted by CryptoTVplus this morning was “Blockchain Technology and Remittances: The Implications on Cross-border Transactions in Africa“. The Chief Executive Officer of NaijaCrypto and NaijaPay, Chiagozie Iwu was hosted by Bobby Anyadike on the show.

The discussion started with Chiagozie Iwu being asked if the decline in remittances was responsible for the ban placed on crypto transactions by the CBN. In his reply, he noted that the CBN didn’t expressly state the reason behind the ban as decline in remittances but speculations were made by several people in that regard.

He explained that a number of crypto apps facilitated cross-border payments and they were cost efficient and fast. “It might be the motive but I don’t think so”, He said.

The newly launched Pan-African Payment and Settlement System (PAPSS) popped up during the discussion and the impacts of the system was discussed. Chiagozie commented on the development noting that it was a good development as it will foster intra African trade.

He explained that majority business owners in Africa prefer to trade with foreign countries and depend on them for trade income. Whereas, Intra-African trade can sustain us as a continent according to him. The only fallout of the system he highlighted was the requirements which might not really foster inclusion of smaller businesses;

“Small businesses build the economy, so building a solution for large corporations while leaving small businesses out doesn’t create economic output because those small businesses that are supposed to create jobs are left out from benefiting from the cross-border payment framework.”

While still on the PAPSS Solution, Chiagozie mentioned that there’s still need to build more blockchain remittance that are decentralized to facilitate inclusion of small businesses;

Closing out, the chief executive officer stated that the impact of remittances on Nigeria and Africa at large will be financial inclusion and adoption of the Blockchain technology.