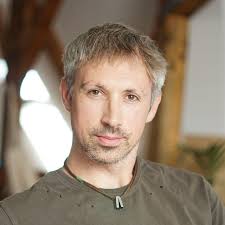 Parity was founded in late 2015 by five people, Gavin Wood inclusive, with Björn Wagner who joined the group as a co-founder. In an official report from Parity Technologies, Gavin Wood said, “we were all generally involved in company direction and strategy, and in late 2020, with the exit of the last of the initial founders, I took on the title of CEO.”

Gavin describes himself as a thinker, coder, designer, and architect and added that “the role of CEO has never been one which I have coveted, I can act at being a CEO well enough for a short while, but it’s not where I’m going to find eternal happiness.”

Wood already has his next steps planned as he mentioned that he will point his regained focus in the direction of exploring and contributing to making Polkadot and Web3 more relevant to a larger population.

In the last two years, Wood said “the largest element of the job as CEO is to preside over the outfitting of our C-suite.” He added that he sees his resignation as a means of freeing himself to work full-time and that the CEO role was always going to be rather difficult to fulfil.

Gavin Wood disclosed that he will retain the role of Chief Architect and expressed his happiness to relinquish his duties as CEO in a Twitter post.