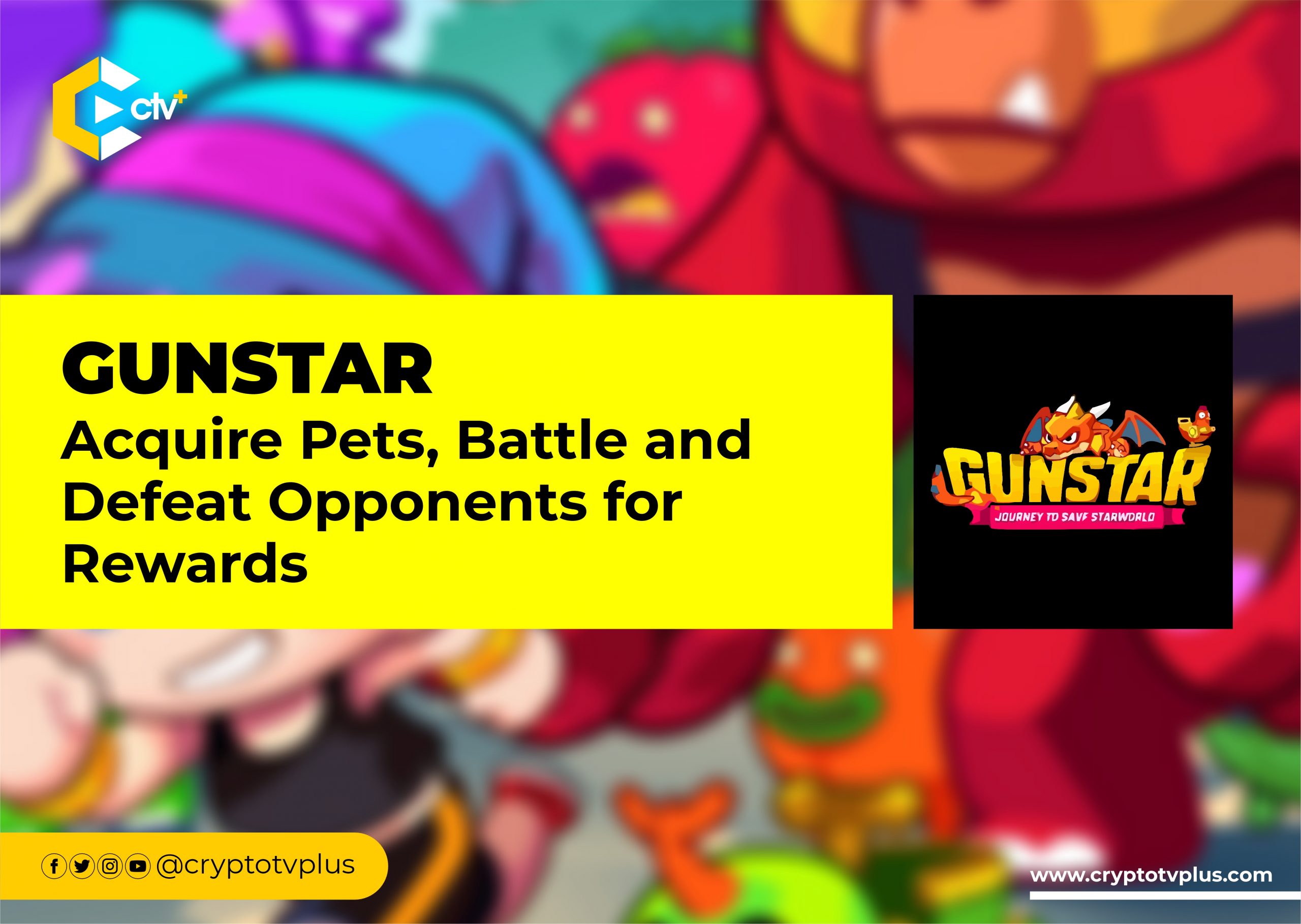 How Gunstar Metaverse is Transforming PlayToEarn

Gunstar is a play-to-earn (P2E) game developed by Worms / Gunbound games. It is a massively multiplayer online role-playing and NFT game built on the Binance smart chain network. A game designed for newbies and professionals, Gunstar allows them to create and engage in an ultimate high shooting game that requires the tactical knowledge of the player. Since its launch, the game has offered players a reality-based adventure. This article looks at how Gunstar is changing the play-to-earn narrative.

Fantasy Star World is a mega-sized virtual world that depicts a peaceful and united life between humans and mystical creatures that dates back to a thousand years.

It is an enormous planet consisting of an array of islands called Pearl Island and is home to all gamers on their mission to defeat these ferocious monsters and save their world. When they complete their assigned missions in Pearl Island, players must acquire enough GSC tokens to engage in further battles on Skyland (a centre-based homeland) that hostile monsters have invaded. In Skyland, fortresses are erected to protect the uninvaded cities against monsters’ invasion.

When arriving in the cities of the continents, players need a house to live in. They can rent a house daily or monthly using $GSC or buy a house with the same token. Players can also upgrade their houses with additional features such as: expanding storage capacity and producing support items for pets. Interestingly, players can also rent out their houses for GSC token income.

Gunstar is a 2D game. Players and their pets are faced with an opponent,  either an AI monster or another player with his pets. They will take turns firing at each other with their pets.

The game also features factors and physical conditions like terrains, winds, and storms, influencing players’ gameplay. Thus, players must continuously change their aim and strategy against the enemy simultaneously.

There are 23 types of pets with unique strengths and abilities. Their strength and abilities depend on their mystical level like; Normal, Rare, Elite, Legendary, and Ascended.

Players can also create new pets at the boss level. A time-limited event appears in different cities where pet fragments are dropped. When gamers collect enough pet fragments, gamers can merge them to create a new pet.

The pets are the main characters in fights. Difficult levels in the game require pets with higher mythological levels. Acquiring those pets is not an easy task.

Players can rent pets and pay a fee in return to the owner. During the activation time of the pets, you can have access to the full features of the pets once rented.

Trial pets are not NFT-based and are weaker than other pets.

Pet Skills in the Gunstar Metaverse

Apart from pets, some in-game items are built to assist players. Some of these items include;

Teleportation: Teleport to a location during battle. The teleportation item is only useful within battles.

Goddess’s Drink: Players can heal 30% of their pet’s maximum health using this item.

Symbol of the dead: Fire your skills twice for one turn. Players can only use it for 1st and 2nd Skill.

Prismatic Shield: Give you the ability of phoenix immunity to all damages from opponents until your next turn.

Villainous Elixir: This item increases players’ damage output by 30% for one turn. Players are only allowed to use this item for their 3rd skill.

Miter of the Gnome: Allows players to lock items of their opponents for two turns.

Players can select up to 3 items for a match. These items can be bought using the $GSC token.

As a player, you are represented in Fantasy Star World as a rider. A rider grows by earning experience. A rider earns ten experience points (XP) from winning each battle.

This is important as the pet level cannot exceed the level of the rider. If you buy a pet from the marketplace with a higher XP, the pet’s XP is reduced to match a rider’s XP.

Apart from the enjoyable in-game experiences, gamers will be able to earn massive profit and exclusive rewards, including in-game tokens, NFT packs, NFT Loot boxes, etc., in many different ways:

Gunstar provides gamers with a top-notch design and diverse NFT System, including the following kinds of NFT:

Pet NFT: Various summoned beasts are waiting for you to own them.

House NFT: The accommodation for players to stay when traveling to other cities.

With a diverse NFT System, players can personalize the team with their unique styles. Each NFT will have specific stats and utilities, and gamers can use them to participate in games. In addition, players can collect NFTs as in-game rewards or participate in NFT sales.

As earlier said, pets are the main focus of the fight. Pets come in different shapes, sizes, skills, and rarity.

How to Acquire Pets

Gunstar has two tokens used in the ecosystem, the currency $GSC and a native token $GST.

$GST is also a governance token built on BSC. Its total supply is 400,000,000 million. $GSC currency is also BSC-based but has an unlimited token supply.

Gunstar has introduced a new token (RUNE) to spice up gameplay and boost the game’s economy. The role of the RUNE token in the game is to increase the number of Raid Passes, which will enable Gunners and their Pets to have more power to defeat the Monster Bosses.

Players will have to use their Rosaging Pet to defeat normal monsters in the PvE mode or receive rewards from daily missions to earn more RUNE. In addition, Gunners can hire Wizard Gunners to mint RUNE at the cost of 1 $GSC to 10 RUNE.

Gunstar is a strategy NFT game that allows players to role-play and become a hero to save the world from brutal creatures trying to destroy humanity.

The game not only gives players the satisfaction of conquering, showing their talents, and interacting with the global gaming community; they also receive unique rewards which they can exchange for other tokens. Gunstar is one of the immersive games leading the adoption of the play-to-earn gaming model on the BSC network.