What You Need To Know About GEMS
Advertisement 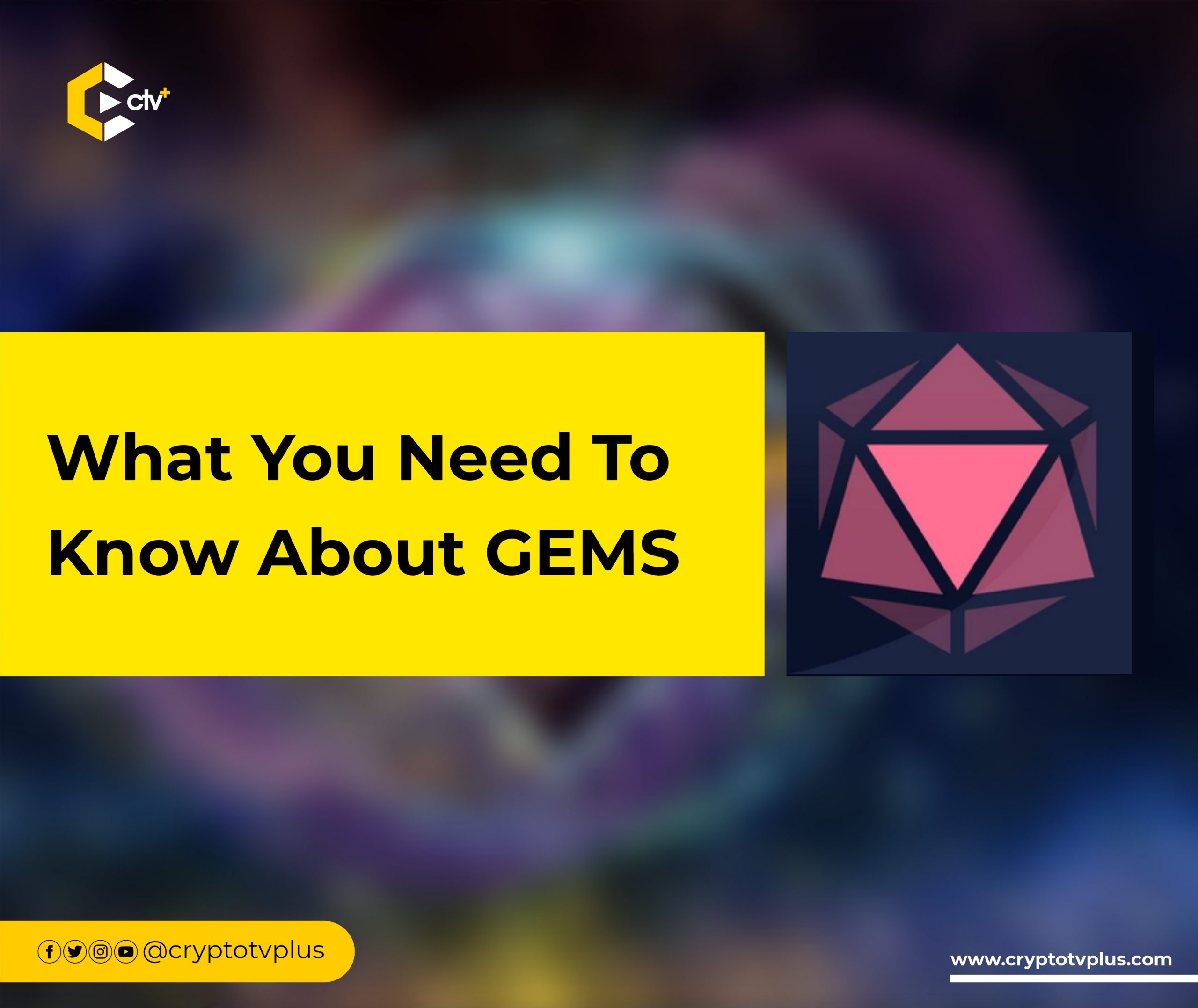 GEMS is an abbreviation for Gamefi, Esports, Metaverse and Socialfi. GEMS is an Esport aggregator platform within an 020 ecosystem. It is also an Esports NFT social sharing Portal with a unique ecosystem that is designed to connect worldwide crypto-gamers and turn Gamefi into the next Esports.

To push Esports into 3.0, it integrates Gamefi, Metaverse and Socialfi elements. It also leverage its founding partners’ chain of Esports hotels. GEM’s ecosystem is a space for not just traditional gamers, but also GameFi players. It allows them to own NFTs at a low rate and also interact with other players. It has raised over $5 million in USDT and has also secured over 45 partnerships.

GEMS is geared at delivering the best gaming experience to the gaming community. To make this possible, GEMS is set to create additional features such as Fantasy leagues and Minicade to the already existing ones.

GEMS is also set to create a linking bridge between traditional and blockchain gaming. In doing this, it will instill the concept of Esports 3.0 where people can read, write and own their content. This will extinguish the existing problems in Esports where only the middlemen benefit from the in-game purchases players make.

Fanfi studio is a platform set up by GEMS to deal with the problem of talent scarcity. It is a platform through which aspiring gamers and influencers are trained and educated. In doing this, 5 approaches have been set up. These approaches are training programs, talent agencies, streamers hub, token systems and battle pools. Through this, enthusiasts will grow up into developed influencers and streamers.

This is one of the ways gamefi-ers gather and compete in real life with GEMS’ arenas and Esports hotels, GEMS is creating 50 offline touch points. This is geared to make GEMS “online 2 offline.”

Another dimension to this is the play2win. This gives users the permission and liberty to create and host their content in the play2win “expansive tournament creation structure”—Arena.

This is an ecosystem by GEMS that will introduce different payment models and loans. This makes expensive NFTs relatively affordable for everyone. This solves entry problems and costly barriers experienced by gamers.

The main aim of this is to empower the play-to-earn communities. This is done by presenting gamers with the opportunity to become guild trainers, team up with others and also create an in-game expansive community.  This serves as a go-to space for seeing moment-to-moment coverage of the world of Esports 3.0.

The buying of NFTs has also been made easier through the use of the GEMS NFT Marketplace. It gives gamefi-ers access to a wide variety of powerful exclusive NFTs to power up, sold at a fraction of its price point. This eliminates the problems of high cost and inconvenience.

GEMS has the founding partnership of LABS Group, Arena Esports Hotel and Game One Inc. on the pilgrimage, they have also secured the partnership of top brands like Moon Ray, SolChicks, Arcade Network, Formless Foundation, Project Seed, Star verse, FOTA, Dreams Quest and a host of others.

What do you think about this article? Share your comments below