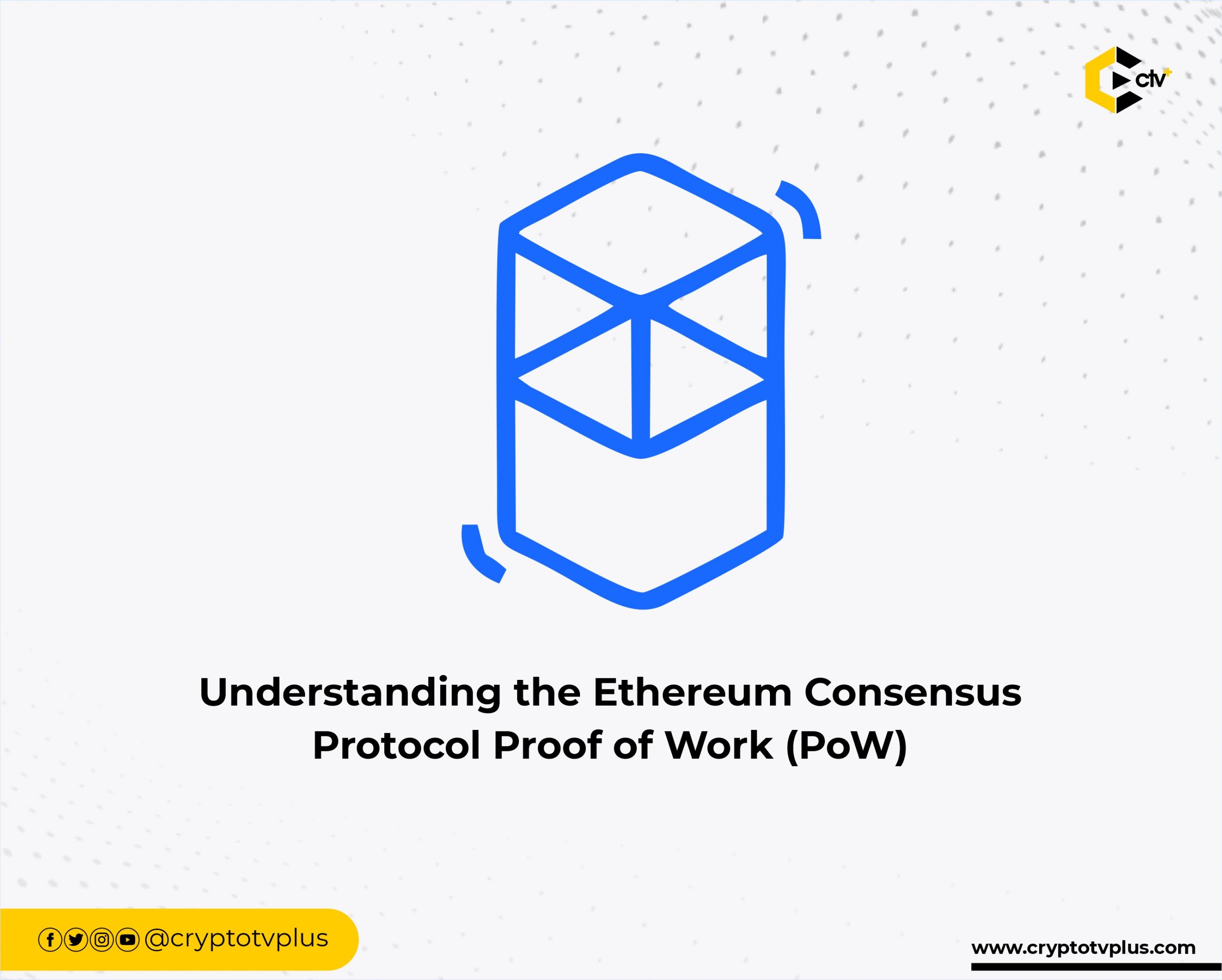 In May of 2021, Fantom blockchain reached 3 million transactions and was declared the fastest blockchain platform according to NEWSBTC.com. The speed  is outrageous when compared with other earlier blockchains like Bitcoin and Ethereum. Fantom has gained popularity within a short period because of this as earlier said.

What makes Fantom this fast? What unique attributes does it have that distinguish it from other platforms? Are there aspects of the blockchain that need to be worked on? How can one get the FTM Tokens and what can they be used for in terms of making money? These and more are what we’ll be looking at in this post.

It was founded by South Korean computer scientist, Dr. Ahn Byung lk in 2018, when the website was launched. Then later on, other tech gurus like Michael Kong, who is currently the CEO/CIO, and Andre Cronje, who has been a major contributor to the development of DeFi joined.

Fantom can be described as “a highly scalable blockchain platform for Delphi crypto jobs and enterprise applications”, says its website.

This means that it runs on a decentralized network that can power smart contracts, developers can build dApps on it, cryptocurrency transactions (trading, staking, borrowing…) can be carried out as well as business use cases like securing records, monitoring business activities among other uses.

Since the advent of Bitcoin, so many platforms have been built for more utilities, Ethereum being the first and then opening the way for others to come in. The weakness of the Ethereum ecosystem has made networks like Fantom thrive with speculations that Fantom could be one of the best replacements for Ethereum if the expected upgrade doesn’t come earlier.

First, it’s important to say that FTM is the native Token of the network which is used for various functions including means of payment (network or transaction fees); preserving the security structure of the network through its use of the Proof-of-Stake protocol; voting in on-chain governance be participants of the network, and other functions as more innovations come into the ecosystem. On how to purchase and where to purchase the Token, you’ll see it towards the end of the post.

For the entire ecosystem of Fantom, here are the utilities, designs and abilities that has made it so relevant among other platforms:

There are about eight different blockchain consensus that exists. The Proof-of-Work is the first to be deployed with Bitcoin as the lead while Peercoin deployed Proof-of-Stake first in 2012 and since then, it has gained more popularity than the previous for various reasons.

Fantom uses Proof-of-Stake and this is one of the reasons it is fast and gaining traction among the best systems to use.

Also, the Token as earlier said is the unit being staked here by validators who are users of the network. They stake or use their FTMs as collateral to make sure that transactions are verified and the system keeps running.

For each transaction validated, new blocks are added to the Fantom blockchain, and rewards are given in FTM Tokens to the validator.

A system like this makes security the concern of every user and validator. Why? Their assets are at risk if they don’t pay due diligence to verify transactions coming into the blockchain.

The Trilemma Solution – the power of aBFT and Lachesis

From Bitcoin to Namecoin, Litecoin to Ethereum, all blockchain networks have been built with three parameters as measures of success among other factors. And these parameters are scalability, security, and decentralization.

To a certain degree, most of the older generations of blockchain platforms have kept the centralization intact except for those that were not built with that in mind from the outset. Then, security has also been taken into consideration. Scalability started coming into the ecosystem a few years ago.

Before that, there’s always a trade of one of the parameters so that the weakness becomes a disadvantage. For example, Bitcoin suffers from low scalability but it has the right security system and is one the most decentralized structures.

Thanks to Satoshi who implemented the code. However, has brought about a huge drawback for the first generation blockchain platform.

Ethereum made it clear that scalability is possible but that process is yet to be accomplished fully. Fantom takes it further by implementing the three parameters without compromising any. So, the trilemma of blockchain is taken care of. How? The power of Lachesis and aBFT.

Lachesis makes the blockchain asynchronous so that participants can freely process commands at different times; leaderless as no participant plays a “special” role; Byzantine Fault-Tolerant for support of one-third of faulty nodes, including malicious behavior and finality making output immediate (transactions are verified in 1-2 seconds).

“Through aBFT, nodes can reach consensus independently by making use of a two-stage block confirmation process using a two-thirds supermajority,” observed the Value Trend on seekingalpha.com.

“The first stage proposes a last irreversible block (LIB), while the second stage finalizes the proposed LIB to make the block irreversible. ABFT consensus is considered leaderless, with no independent leading node responsible for block creation and finalization, resulting in a faster and more secure network.”

With the modular feature, it’s possible and easier for developers to port and deploy their dApps from Ethereum into Fantom. Reasons might be to lower gas fees as well as enjoy the speed of the Fantom network. On being scalable, all projects created on the Fantom network can function independently of each other.

Although Fantom has a connection with Ethereum in terms of the logic, it doesn’t use the complete architecture of Ethereum so that the projects developed on it are different and stand-alone. Each project on the Fantom network has its blockchain created for its usage. So we can call Fantom “a network of networks”.

Being an environmentally friendly project is a huge advantage because one of the fights the development of Bitcoin is having is energy-related. For Fantom, its PoS protocol and other elements make it consume less energy than Bitcoin.

This feature can affect its price and public perception as global thought leaders look forward to supporting eco-friendly projects for the safety of our planet.

Fantom is good but the competition is fierce. If you look at how Bitcoin has thrived, you’ll see the same pattern for Ethereum as well. The pattern is that for every ecosystem that comes up, there are a thousand and one ecosystems that will be developed with better, and more efficient architecture, by studying the weaknesses of the previous and trying to make improvements to it.

Fantom is known to be a big competitor to Ethereum. Ethereum is also a competitor of Fantom – although in a tricky way because Ethereum has a larger network than Fantom.

And apart from these two, Solana, and Cardona are other awesome platforms that are being developed to remove the weaknesses of Ethereum. Up till now, Fantom still relies on the EVM (Ethereum Virtual Machine) to run some of its operations.

That is huge work but who says it’s not possible. And we all know that this is what fuels innovation in the tech industry – progressive competition. No surprises if we see FVM launched in the next two or three years.

What is the supply of Fantom and How can one buy it?

The total supply is 3.175 billion FTM. Of this, 2.1 billion are currently in circulation leaving the rest to serve as staking rewards which if sustained at what it is now, the entire rewards will be shared fully in two years. It’s also worthy to note that this supply is distributed over different token standards to make trading easier. The standards are:

To buy Fantom tokens, you can visit:

Don’t forget that you can exchange BTC, ETH, USDT, or BNB for FTM.

As the year goes by, two things will remain in view: Fantom is a good network with a lot of prospects because of its utilities. This means that the Fantom network is not just about FTM Tokens for trading and making money on exchanges, they want to help solve blockchain problems so that the use cases of blockchain as a whole can be accessible by anyone, anywhere.

The second observation for Fantom is the release of Fantom Virtual Machine. Once that is done, then a new phase for the network will begin. Until then, we keep our fingers crossed learning about developments that will be implemented.