Nine (9) Features You Need to Know About Fantom Blockchain
Advertisement 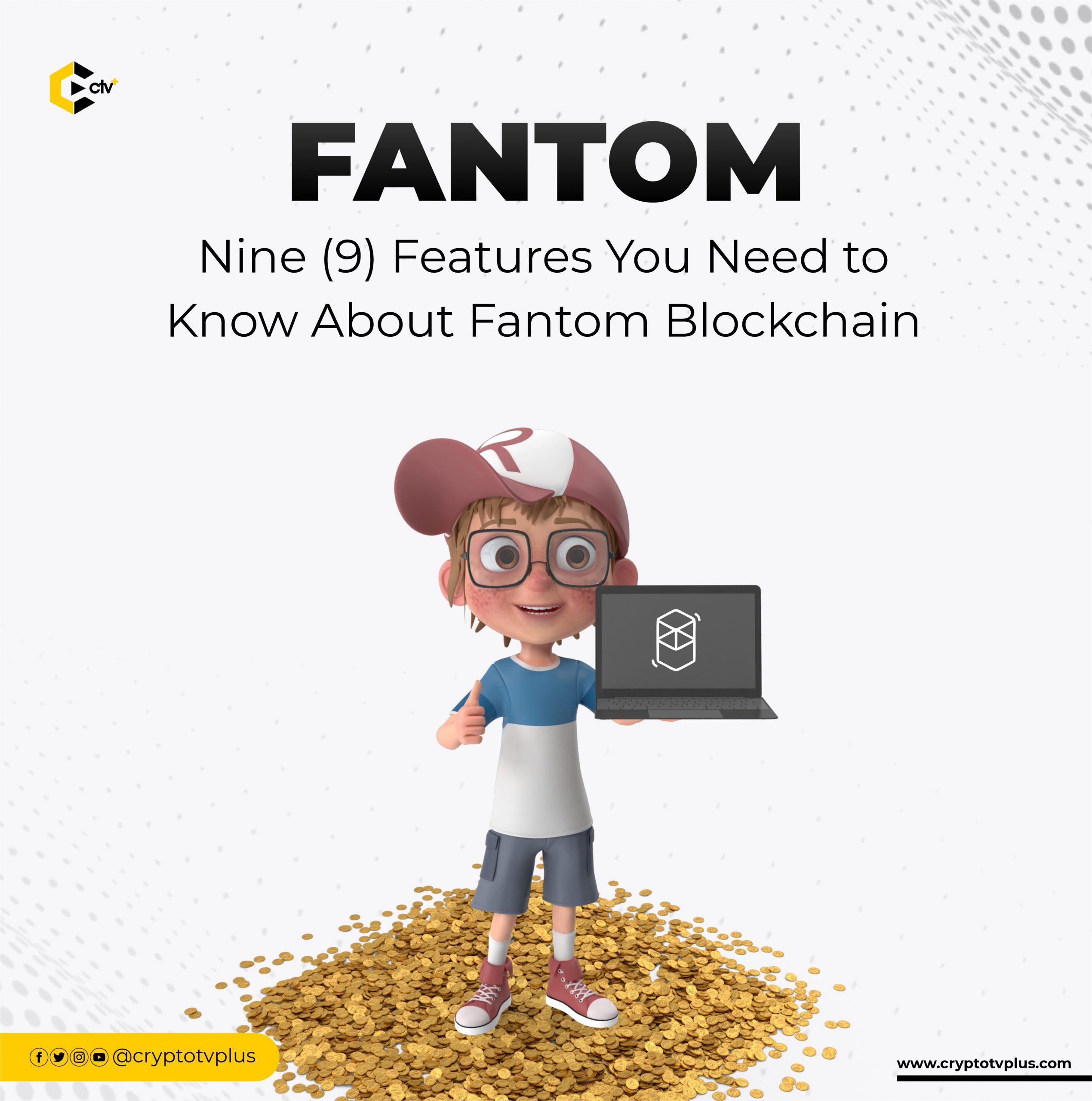 Fantom blockchain is truly having a real impact on the ecosystem. Team building and projects being launched. It’s a good time. Now, let’s see mine features of this network that makes it outstanding and alluring to everyday users as well as organizations.

Fantom blockchain was founded in 2018 by South Korean computer scientist Dr. Ahn Byung lk after which other team members joined to develop it further. FTM is the native token of the ecosystem and was released a year after the blockchain was founded on its mainnet, OPERA network. When you have a founder that has been part of the ecosystem, the journey is always different like what is happening with Binance and the CEO.

Fantom uses Proof of Stake, based on aBFT consensus algorithm. The Proof-of-Stake makes validators become part of the security system of the platform because they wouldn’t want to lose their staked asset in any transaction. Therefore, they pay more attention to all transactions confirming those with true identity and denying false transactions.

Then, the aBFT consensus mechanism enhances the Fantom blockchain by allowing participants to process commands at different times, no particular person has a special role (roles are open to all), Byzantine Fault-Tolerant feature activated when one-third of nodes are faulty or malicious to prevent transaction breakdown and lastly, transactions are confirmed real quick – 1-2 seconds.

As of December 2021, Fantom has experienced increased transactions “by 18,650%, from an average of 4,000 transactions per day in January 2021 to 750,000,” says its 2021 report. Now, here we go: 750,000 transactions is light speed and a huge achievement for the team. This should be the fastest in the blockchain ecosystem so far. Tell us in the comment if you can see any blockchain that’s faster than this as of January 2022.

Ethereum made blockchain technology a major component of daily usage by bringing in the ability to create dApps on the technology, unlike Bitcoin is a cryptocurrency system. And developing dApps requires programming languages. Solidity is so far one of the best and most versatile languages used.

When you get to the Fantom community, Scala is the primary language although it has good integration with most blockchain programming languages for the development of dApps including Solidity, Rust, and Java. This is a strong advantage for the network as you’ll see the benefit in DeFi uses as mentioned in the next three features of Fantom.

You can stake in Fantom and make a good return on your assets. This is possible because the blockchain uses a Proof-of-Stake consensus algorithm to validate transactions and secure the network. When you participate by staking your FTM, you are rewarded with FTM tokens. Staking on Fantom is so easy as you can do it with your phone or PC.

Remember, that when you stake, it means you’re locking up your tokens for a while. However, you can unlock them at any time as they are in your wallet. In Fantom, the minimum you can stake is 1 FTM with minimum and maximum lock-up periods of 0 days and 365 days respectively.

The unbonding time (time between unstaking and funds becoming available) is 7 days which means that from the time you unstake to the time you have can take up your asset is 7 days.

Delegation fee (fee paid from stakers to validators for running their nodes) is 15% and it is fixed. This means that for any reward you earn, 15% will be deducted and given as a delegation fee… If your earning is 100,000, FTM, you’ll get 85,000 FTM.

How do you stake it?

Open your Fantom Wallet. Click on “Staking” in the menu bar, then “Delegation”. Select the amount of FTM you want to stake as well as a validator. (Caveat: DYOR on the validators). Then, select your lock-up period and then go to sleep coming back to check it once in a while.

fMint is the gateway to Fantom DeFi and with it, your can mint fUSD, which is the Stablecoin on Fantom that is pegged 1:1 to USD price. So how do you mint fUSD?

Open your wallet, click on the DeFi icon on the menu. Then, swap your FTM for wFTM ( a wrapped version of FTM used in Fantom Finance) using the fSwap function. Note that 1 FTM = 1 wFTM. Once done, go to fMint and click on “Lock” to lock any amount of your wFTM obtained from swapping FTM. The lock process is vital because the locked wFTM stands as your collateral. After the lock, click on Mint fUSD. Lastly, it’s important to know that minting requires a “0.5% fee deducted from the minted amount,” says the Fantom website.

The Fantom platform is fully developed for the advancement of DeFi functions. Apart from the above-mentioned, fSwap and fMint, there is fLend. fLend makes it possible for you to lend your FTM, fUSD, or other synthetic assets in exchange for interest. You can also borrow funds to carry out several activities like trading. And guess what? All of these are happening in the Fantom wallet.

How do you activate this?

Lastly, if you scroll to the fifth point above, you’ll discover that we explained a few reasons why Fantom is very fast. From that point of view and other explanations on Fantom, do you think it will hit 1,000,000 before mid-2022?