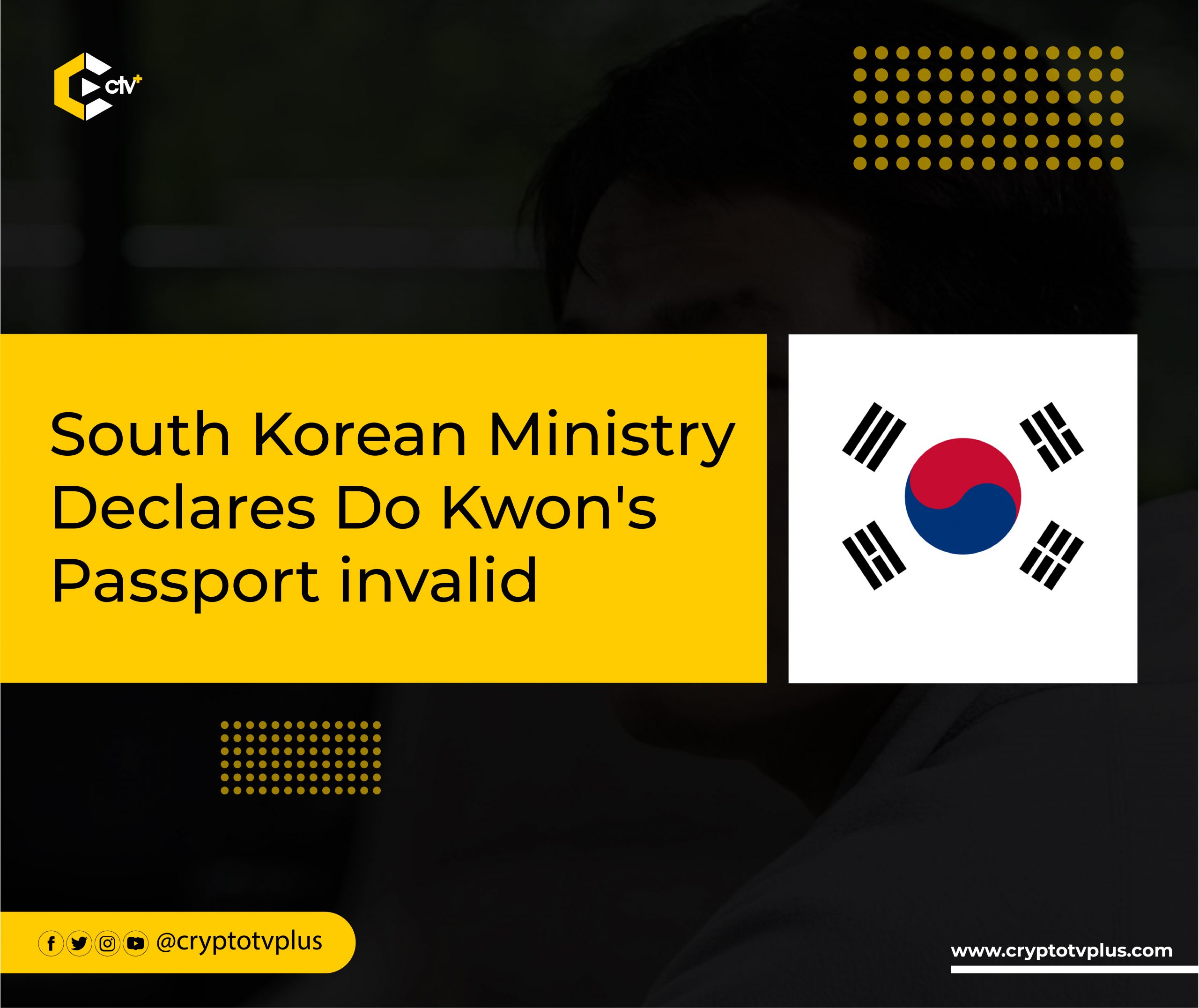 In a public notice, the South Korean Ministry of Foreign Affairs announced that it would invalidate Terralabs CEO Do Kwon’s passport. This could be considered in line with the move the Korean government was contemplating last month. Do Kwon’s failure to follow the passport return order by the government led to public notice.

The Ministry said its decision follows Article 1, Paragraph No. 12 of the passport act. He is therefore required to return the passport to the Ministry of Foreign Affairs Passport Division or the overseas diplomatic office of a passport office agency.

The move entails that Do Kwon would be rejected in any attempt to apply for passport re-issuance, according to a PDF document attached to the announcement by the government. The notice included that the Department would send a ‘Notice of Order for Return of Passport’ to Kwon via a registered mail.”

The invalidation of a passport insinuates that Kwon won’t be able to leave South Korea, and if he is not in South Korea at the time of the order, he will have difficulty traveling elsewhere.

The South Korean Ministry of Foreign Affairs officials issued a 14 days passport return notice to Do Kwon starting from the time of the order.

This announcement went public after South Korean prosecutors disclosed to local media outlets the freezing of crypto assets tied to Kwon, which is worth nearly $40 million, according to a media report. However, Kwon updated in a tweet that the funds were not his, and he made no use of the exchanges.

In a recent tweet, he went further to say there is no Interpol “Red Notice” on the intergovernmental police agency’s public website even after prosecutors let reporters know one was issued. He also denied claims of being on the run despite having an outstanding arrest warrant issued by the South Korean government and statements from Singapore officials that said he could not be found.

The arrest warrant was beyond the scope of prosecutors’ authority, and the investigation is “highly politicized,” Terraform Labs CEO said. He also claimed it went against fundamental rights.

At the time of writing, neither Do Kwon nor the Terra institution returned requests for comment.

Japan to increase the usage of Web3.0 services

Pig Butchering: The crypto scam FBI wants you to know

1inch users to use human-readable domains