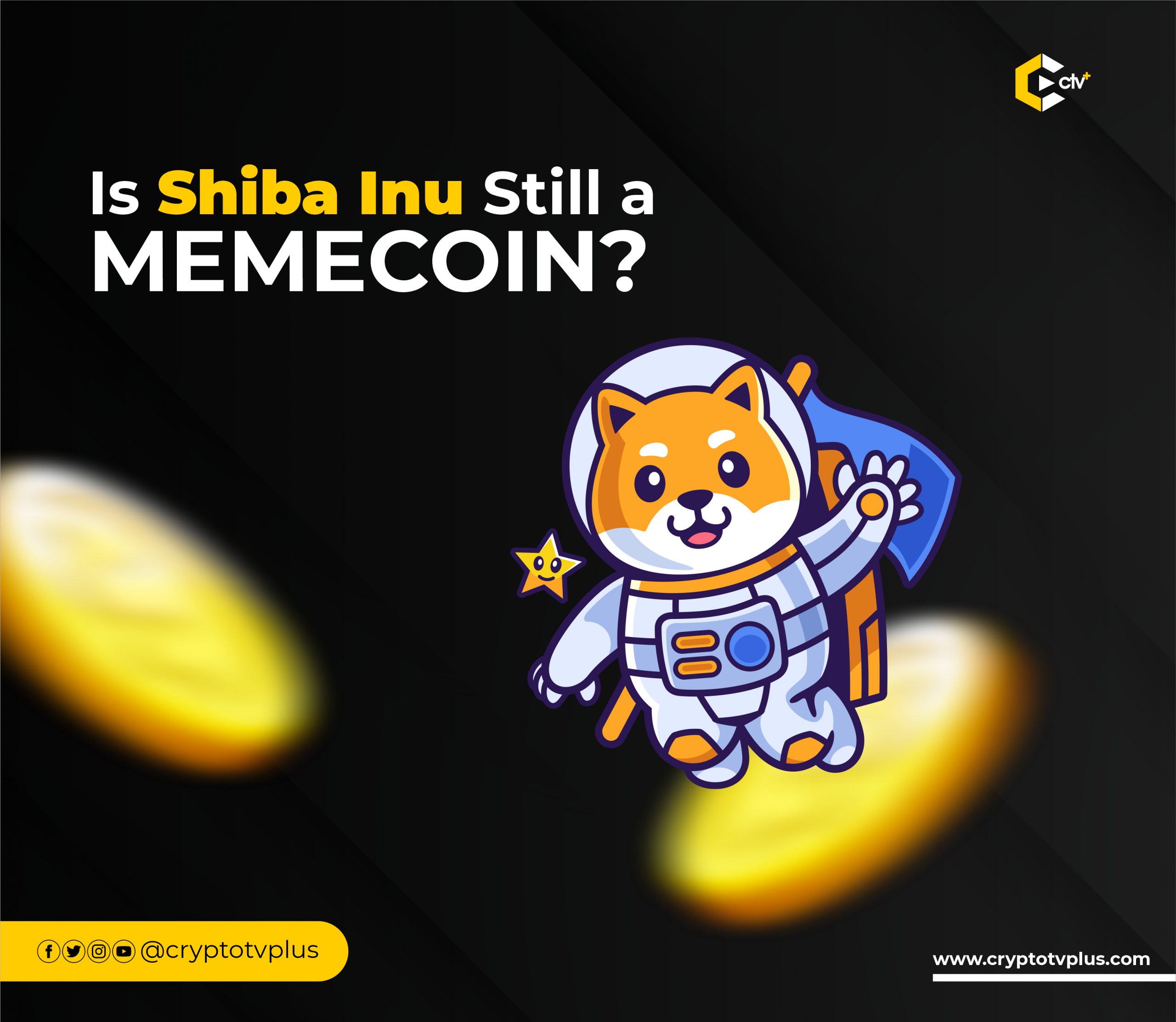 There are a lot of materials that were not counted as being valuable before that are so valuable today. An example is a proper domain name that didn’t matter in the early 2000s. A few years down the line, some websites have been sold for millions of dollars. VacationRentals.com remains the most expensive, selling at $35m in 2007.

Two years later, in 2009, cryptocurrency came into the scene with BTC cutting the ribbon for a brand new world that’s making the IMF and institutions built on TradFi shake. Bitcoin was able to gain little recognition for a while especially when Laszlo Hanyecz bought two pizzas for 10,000 BTCs. Please, don’t google the worth. Very scary… Then in 2013, something happened.

In December 2013, Dog coin came in. A mistake? It should be Dogecoin rather. Jackson Palmer, an Australian Product Manager working with Adobe Inc., created the coin to make fun of the crypto hype at that time. After tweeting about it, he received positive feedback and one of the most interesting was from Billy Markus who asked for permission to create the software underlying Dogecoin. Palmer agreed to it.

Using the Litecoin blockchain, Palmer and Markus released the coin on Dec. 6, 2013, with the face of Shibu Inu (Japanese dog) as the logo. The coin gained 300% just two weeks after its release. However, seven years after Dogecoiners have been on a cruise mode, Shiba Inu was created in August 2020 by an “anonymous” called Ryoshi.

Shiba Inu and the SHIBArmy

Shiba Inu is a project that gets to answer this question, “What would happen if a cryptocurrency project was 100% run by its community?” The target of the project was to make it truly decentralized and focused on the community to drive more global inclusion.

Ryoshi speaking about the project said, “… through the power of collective decentralization we can build something stronger than a centralized team ever could create. A community-run token is nothing without the united individuals who give it purpose.”

SHIBArmy as they are popularly called, are all supporters of the coin. If you’re active on Twitter, you’ll realize that on several occasions, it has trended on Twitter, pushing more recognition for the project. One great member of the SHIBArmy is the Dogefather, Elon Musk. His influence on memecoins has been recognized globally, although with a negative touch insinuating that the “Elon Effect” is a major disadvantage of using cryptos.

Let’s see what the entire ecosystem of Shiba Inu is like. Apart from the large community, what else makes it special and appealing?

The WhitePaper explains that the founder of the project chose Ethereum because it’s truly decentralized and will enhance the future of the project. Ethereum is also an established network not like other platforms. To make this a more deliberate process, 50% of the Shiba token was sent to Vitalik attaching the future of the asset to the Founder of Ethereum. That’s a tough statement on Vitalik, Ethereum, and Shiba Inu.

This is the foundational currency of the ecosystem with a supply of 1 Quadrillion. There has never been any crypto with such supply until Shiba came on. Then, as earlier said, 50% of that value was burnt to Vitalik while 50% was locked up in Uniswap.

Leash is the second token in the Shiba Inu ecosystem. It was nicknamed the Dogecoin Killer because the price was initially pegged to follow Dogecoin. However, the rebase function that ties it to Dogecoin in the Ethereum ecosystem was turned off. That left it as a simple ERC-20 token. Its total supply is 107,646 tokens.

Bone token is the governance token of the entire ecosystem. Holders of BONE are the ones to make decisions on changes done in the project. It has a total supply of 250,000,000.

From here, the project metamorphosed from a…

That’s not all. There is Shiba Incubator and Shiboshis. You get what this is about now right? If you don’t, I’ll explain. The former is focused on building a space where creators and individuals can create art in several unique forms unleashing their geniuses. “It is important to remember that art can be found in everything,” says the Whitepaper. Of course, I believe it and that’s why the latter has about 10,000 NFTs that belong to the Shiba ecosystem.

Shiboshis are written on the Ethereum blockchain, and embedded with different traits making each unique. Can you see the connecting lines? At this point, are you seeing a memecoin or a memeDeFi?

O welcome the “Lord of them all”: Shiberse, that caused, “Doge Killer (LEASH) gain in value by 45%” in 24hrs” after its announcement. The effect was that LEASH moved from $1,886.19 to $1,827, achieving a new market capitalization of $190m… all happening within 24hrs after the announcement of Shiberse.

As promised, we are so excited to announce our first special surprise for the year #ShibArmy!

In 2022, we are reaching new heights and welcoming the #Shiberse 🌎. An immersive experience for our ecosystem and the Metaverse space!

We can't wait to show you more. Woof! 🐶 pic.twitter.com/tCRQ1m1RiT

So what is the Shiberse?

What is the goal?

And why was it created?

Shiberse is simply a “puppy dog” going into the metaverse to create unique experiences. That “puppy dog” is the symbol of the entire Shiba ecosystem. For a while now, the metaverse has been the reigning deal for most projects coming up in the blockchain industry.

I don’t think it’s surprising to see this move in the Shiba platform because the last feature I mentioned here is the Shiboshis. And what do you think will be used in the Shiberse if not primarily Shiboshis and the three tokens mentioned above?

From findings, the plan for Shiberse is to release 99,000 lands for holders of LEASH (Doge Killer) where 35,000 lands will be sold first to the LEASH holders while the second phase will be open to everyone with ETH. Looks like I forgot something else to share with you: the Shibarium.

Special Announcement:$BONE is confirmed as the token that will be used as gas in #Shibarium.#ShibArmy #ShibAMA

This is the layer 2 protocol of the Shiba family built on the Ethereum blockchain. Shibarium will make it possible for tokens to be burnt on a native platform and not external platforms. Developers too will have access to begin to build utilities on the platform of a “puppy” ecosystem. At this point, I can say that there are very few platforms that can match what Shiba has done in the time frame it has existed.

Can you mention any platform you know, that is first a memecoin platform achieving this result at this speed with a large community to back all endeavors?

The next question is…

If this is true, how should I treat the Shiba Project?

First, you want to agree with me that Shiba may have left “big brother” Dogecoin in the league of memecoins and can have a closed-door meeting with Illivium, MetaStrike, Genesis… Endless Battlefield, Pirate X Pirate, Mercha Morphing… the list is endless.

Patrick Sanders quipped, “Shiba Inu Is a Joke Investment That Demands Your Respect.” Simple right? It might have started as a project to mock cryptocurrencies but it’s doing more than expected. You should do your research making sure that you understand it more.

From my observation, a project like Shiba Inu, that has all these utilities is no longer in for the short term. Another reminder is that Vitalik burnt 90% of the assets sent to him. Does that create any signal for you?

Shiba Inu is rising so high and fast. You can access the Whitepaper and see the future of the project. And always use this site to check for the monetary metrics of the “memecoin turn memeverse” as well as other projects.

What do you think of this article? Share your views on this here

Warren Buffett Has Invested Another $1B into the “Rat Poison” Asset