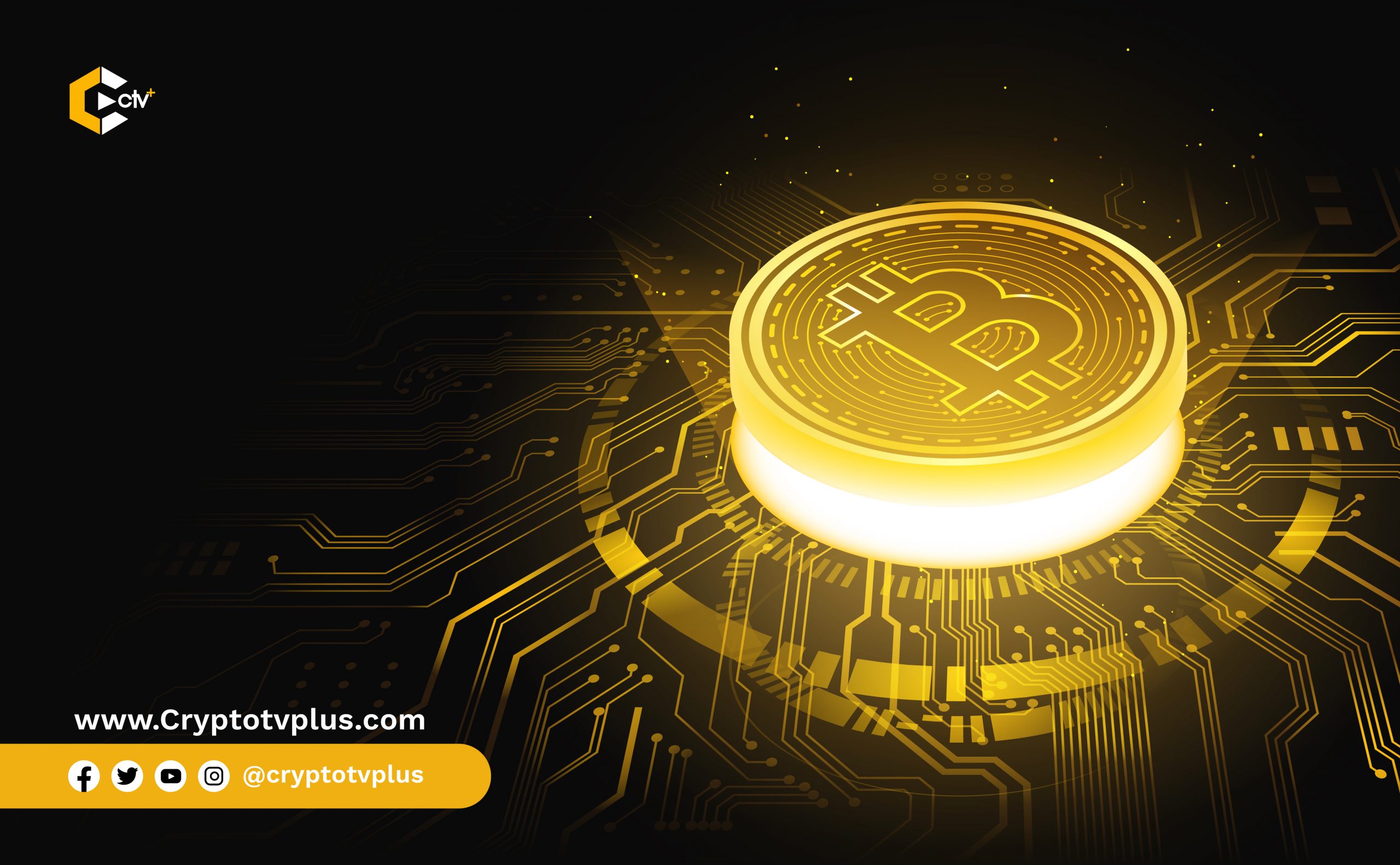 How much is a good pizza? What about two of those good pizzas? Which currency in the world is so low that you’ll need 10,000 worth of it to buy those two Pizzas?

This is a glimpse of the old story of Bitcoin and bitcoin. Some nation’s currencies are almost worthless like the former Zimbabwean dollar that had a note of $500 trillion. The same scenario could have have been for bitcoin.

However, thirteen years down the line, since its creation, it has opened up a cryptocurrency surge with a market cap of over $1.5 trillion as of 3rd February 2022. That’s not all: NFTs, Metaverse inclusion, and a whole lot has shot out from the introduction of Bitcoin. Surprised?

Well, Bitcoin is the name of the blockchain technology on which the cryptocurrency, bitcoin is built. It has so many features that make it different from other cryptocurrencies and similarities as well. Even though the creator made it for the disruption of global finance, it has opened up more utilities for usefulness beyond finance. Ethereum took the stage in 2015 and gave us the tip of the iceberg. So much has happened in a while and more is coming. Now, what is Bitcoin?

The original inventor of Bitcoin is not yet ascertained as it is disguised under the name, Satoshi Nakamoto. As of 2022, there are still speculations that it is either a person or a group of persons. On October 31, 2008, Satoshi Nakamoto published the Whitepaper for Bitcoin describing the implementation of a peer-to-peer, online currency integrated with the use of a decentralized ledger of transactions called “blocks” which will be secured by cryptographic algorithms.

This entire system will later be , on January 3, 2009, Nakamoto mined the first block, Genesis Block, on the Bitcoin network. From that day, the dream of blockchain became reality as the world’s first cryptocurrency was launched. The price was definitely at nothing and most of the cryptocurrency was created by mining.

Then, another exciting day came as the value and talk around bitcoin rose – a programmer bought two pizzas for 10k BTCs. Please, don’t check the price because it’s enough to build a Washington Dulles International Airport with more than $90m left. Perhaps, this is the “right” price someone needed to pay to make the cryptocurrency more valuable.

Each year, “Bitcoin Pizza Day” is celebrated to honor this move. Another moment worthy of mention occurred in July 2010 when bitcoin was traded with prices ranging from $0.0008 to $0.08 at that time.

Although it’s known that the original inventor of Bitcoin is Nakamoto, transfer of the network alert key and control of the code repository was made to Gavin Andresen, the lead developer of Bitcoin until 2014 when he left to concentrate on his work at the Bitcoin Foundation.

The journey to make the ecosystem better has not stopped as more than 750 contributors have been part of the growth from Wladimir J. van der Laan to Marco Falke to Pieter Wuille to Gavin Andresen and Jonas Schnelli.

As mentioned earlier, there’s a difference between Bitcoin and bitcoin. This difference is significant to create clarity. Bitcoin with a big case B is the name given to the blockchain technology that powers this ecosystem.

However, it’s not mandatory that a blockchain must have a cryptocurrency. There are several blockchains without cryptocurrencies attached to them. They are just used for the recording of data and perhaps the development of other blockchain-based utilities.

Why was bitcoin created?

Right before 2008 when Bitcoin came into the scene, projects around cryptography existed. It has been used for purposes other than purported cryptocurrency and recent use cases. Before now, one of the major challenges of global finance has been the inflation dynamics that have plagued economies leaving a lot of people living in poverty.

And instead of central banks helping to curtail these excesses, they have been printing fiat currencies in collaboration with national governments hoping to clamp down inflation and stabilize the economies. However, the opposite has been the case. So the US dollar, for example, does not have the same value it had forty years ago.

Another challenge in the global financial market is the time and process it takes to transfer money from one region to another. Thanks to PayPal, Mastercard, Western Union, Visa that have taken that responsibility.

Yet, the transaction costs are so high. And the delay experienced between sending and receiving is outrageous so it can take more than three days to receive dollars sent from the US to Malawi with a transaction cost of up to 10%.

These two situations created a gap that necessitated the appearance of bitcoin. With bitcoin, inflation can be strongly controlled. No one can uncontrollably create new bitcoins without restrictions created in the architecture of the network.

The controlling power is also decentralized so that no particular person or body is in charge of its operations like central banks have relative to fiat currencies. And then, to send or receive bitcoins from anywhere around the world is so cheap. For other cryptocurrencies that have emerged from the innovation of the technology, transaction fees can be as little as below bitcoin’s. It also takes less time for these cryptocurrencies to be transferred and received.

To complement the description above, it’s important to explain that bitcoin was also designed as a store of value. This particular function is still under scrutiny by financial regulators and the global community of monetary policies.

The peer-to-peer operations that Bitcoin uses have shown a pattern that using bitcoin as a store of value is possible – a lot of users have used it and are substituting it for gold. El Salvador took it to the extreme by declaring it legal tender. Thus, bitcoin has been conferred the title, “Digital Gold”.

It’s so clear now that Bitcoin is different from bitcoin and that the essence of the technology is to enhance financial transactions and financial freedom globally. Here, we’ll look at some characteristics of Bitcoin technology. Why is it that despite the challenges the network is facing, it still has so much potential that a lot of investors are staking their hard-earned money in it?

First, Bitcoin is immutable. This does not mean that it cannot contain false information. Its immutability is linked to the fact that whatever is recorded in the blockchain cannot be changed in real terms – if you record that the population of the world is 4million as of 2021, it will save it. But if anyone tries to change that figure, it’ll be too expensive to try.

The investment and risk involved in changing saved data in the blockchain outweigh whatever profit the person might want to get. That’s why it’s said to be immutable. Therefore, all the transactions done in the blockchain from the day it was established can be traced.

The decentralized nature makes it permissionless so that anyone can join the network from anywhere and at any time around the world. There is no single organization controlling what is happening in the network. It is therefore decentralized as opposed to the fiat money system controlled by central banks.

Apart from this, it is also secured due to the cryptographic system used to encode the information stored in the network. Cryptography is a mode of securing information or content of communication to prevent harm. This is one of the most important aspects of blockchain.

The Bitcoin blockchain is a distributed ledger system. This means that anything that occurs in the network is seen by every participant of the network. So, if you transfer 4 BTCs to your friend, the network records that that transaction happened so that everyone can have that information accessible to them at any time.

And then the consensus system of Bitcoin, which will be discussed next is Proof of Work. The consensus mechanism talks about how the agreement is reached in a blockchain system. Other types include Proof of Stake, Proof of Authority.

Proof of Work has the advantage of making Bitcoin secured as well but with some disadvantages.

In every blockchain network, there is an agreement structure that controls how transactions are verified and updated, while miners or validators are rewarded for keeping the network running.

In Bitcoin, that agreement is called Proof of Work. Using the Wikipedia definition, “Proof of Work (PoW) is a form of cryptographic proof in which one party (the prover) proves to others (the verifiers) that a certain amount of a specific computational effort has been expended. Verifiers can subsequently confirm this expenditure with minimal effort on their part.”

This process occurs when transactions are carried out in the network. Some complex computers are used to verify these transactions by solving hard computational mathematical problems.

The best or most sophisticated machine will most times solve the problem and then get rewarded for doing so. These verifiers are called miners because, for each transaction they verify, they mine bitcoin which is now used (part of it) to reward them. These miners also help to protect the Bitcoin network from attacks.

Bitcoin, the technology is run by the native cryptocurrency, bitcoin with the symbol BTC. Every currency has units and breakdown that controls how it is built. The US Dollar has cent as the base, Pounds Stelling, pence while bitcoin is Satoshis or Sats in short which is roughly around $0.00042. The price of BTC has been fluctuating from the day it was introduced into the market until today, 6 February 2022, 18.23 WAT, for $41,672.59 according to coinmarketcap.com.

To buy bitcoins: any exchange that doesn’t sell bitcoin cannot truly command the market because it is the “firstborn” of the cryptocurrency world. You can purchase bitcoin on Binance, Coinbase Pro, OKEx, Kraken, Huobi Global, Bitfinex, and other centralized and decentralized exchanges.

Holding any cryptocurrency requires a wallet. And there are two kinds of wallets: hot and cold wallets. Hot wallets are always online and riskier than cold wallets which are offline and are used to keep large amounts of cryptocurrencies. For hot wallets, there are MetaMask, which is designed for the Ethereum network; Coinbase wallet created for the Coinbase exchange and Edge wallet that can accept transactions using all of your digital assets. Some of the best crypto cold wallets that can be used for purchasing bitcoin include CoolBitX, Ledger, Trezor.

The brief conclusion on “big brother” Bitcoin since it’s the first cryptocurrency to emerge is that there are a lot of innovations that are expected to make Bitcoin scalable. Its scalability challenge is one that lighting networks and other projects are gearing to solve. Thanks to the truly decentralized nature of the network that has created a lot of forks that you can read about in our later posts on Bitcoin.

It holds a huge promise for the blockchain revolution. How that promise will be realized is yet to be ascertained 100%. Our responsibility is to keep our attention on the ecosystem and also participate in the development.

Can you tell us your take on Bitcoin in the comment section?