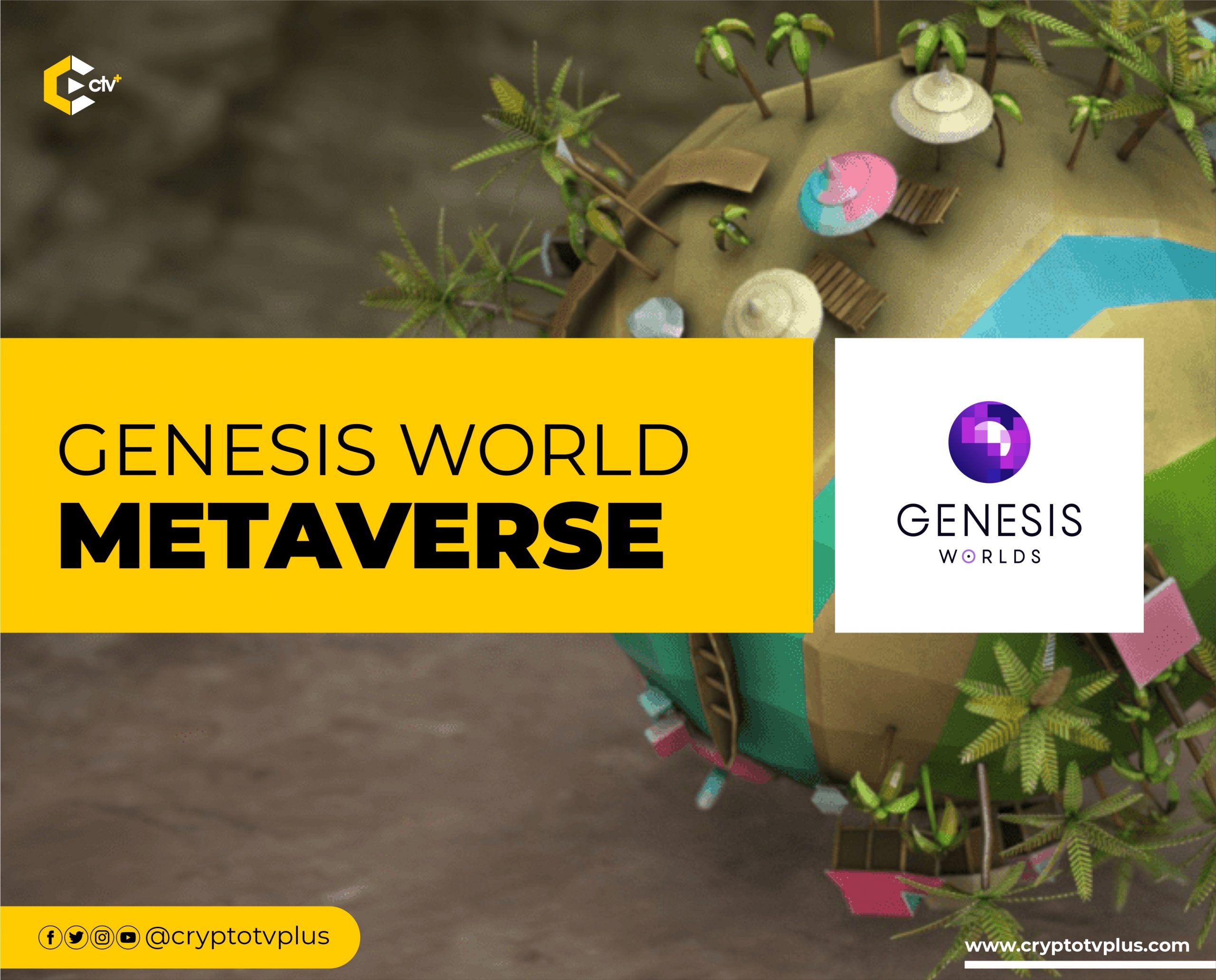 Genesis Worlds Metaverse, widely tagged – the multi-creator gaming universe, is a blockchain game that was developed by Game Credits, the first game cryptocurrency coin, launched in 2014 long before the invention of NFT. GWM is a virtual world that has a goal of continuity, development and to be actively playable in the next 100 years. To achieve this, it is completely decentralized, and governance decisions are guided by the Genesis Foundation and voted by players using Genesis tokens.

It has hundreds of worlds, each one with a unique theme and gameplay. With everything community-created. The nucleus of the gameplay is simple. Traveling from World to World, completing quests, defeating creatures, and exploring will award players with NFT collectible items that can be used, sold, and upgraded.

Some users may prefer to explore other worlds. Some may like to ride a camel crossing the Sahara Desert, meet new people, and have small talk with friends while traveling. Others might focus on quests, but how about creating their quests in their own World? The possibilities are endless!

In a truly ground-up approach, everything in Genesis Worlds is built by the community. Though the idea and process was initially built by the Game Credits crew, the goal is for true community governance and creation. Not only building the worlds and the quests, but also creating the very tools to build the worlds with and the documentation to go along with it. And even the governance.

The community is made up of a vast range of creators and developers. Everyone with their own experience and skill to deliver a game that is out of this world. Genesis provides a few groups with equipment. Those small groups may be game development students, artists, or just random people. Everyone  from the community can propose whatever he wishes to change inside or outside the Metaverse. Governance is run by the Genesis Foundation, a non-profit organization, and will ensure funds for community projects.

The first priority is building a strong relationship and culture with the community. According to Genesis, the three pillars of the culture are Creativity, Collaboration, and Inclusion.

Genesis Worlds sits at the center of NFTs , DeFi, Gaming, and the Metaverse. Each one with the potential of reaching $100 Billion in the market or more. No one from the Directors, Investors, or Founders earn a dime from the project. In lieu of that, they reinvest everything back into the ecosystem for creating an RPG gaming Metaverse that will grow and evolve.

Genesis tokens are the priority and core of the Metaverse. The tokens are used for everything within the Metaverse, buying, selling, staking, accessing private events, and being a part of the game itself.

Mining Genesis tokens is possible. However, only users that own Mining Claims (erc1155 NFTs) are able to do that. The more you possess, the more you generate. Distribution of tokens are done using a fair launch model, with no tokens set aside for the team, investors, advisors, whales, exchange, and more. The only way to acquire Genesis, Mining Claims, or Land is to pay the market price or stake Game Credits for Genesis.

With the amount of  GAME  available, the limit on the number of Worlds, and the bonding curves, the expected total supply of Genesis created over the first 100 years is 1 billion Genesis. Furthermore, every NFT (in-game item) that will be sold will be 90% of the purchase, which will go to the creator or owner, while the other 10% will go to the foundation to fund continued development.

Central hub for the Genesis Worlds Metaverse. New players will be spawn here and headquarters for many organizations.

Complete quests, build your own ships and steal gold from other players.

This is the mecca of Cyberpunks. High technology and real punks. A place of hackers and outlaws.

Understanding the Genesis Block of Bitcoin.