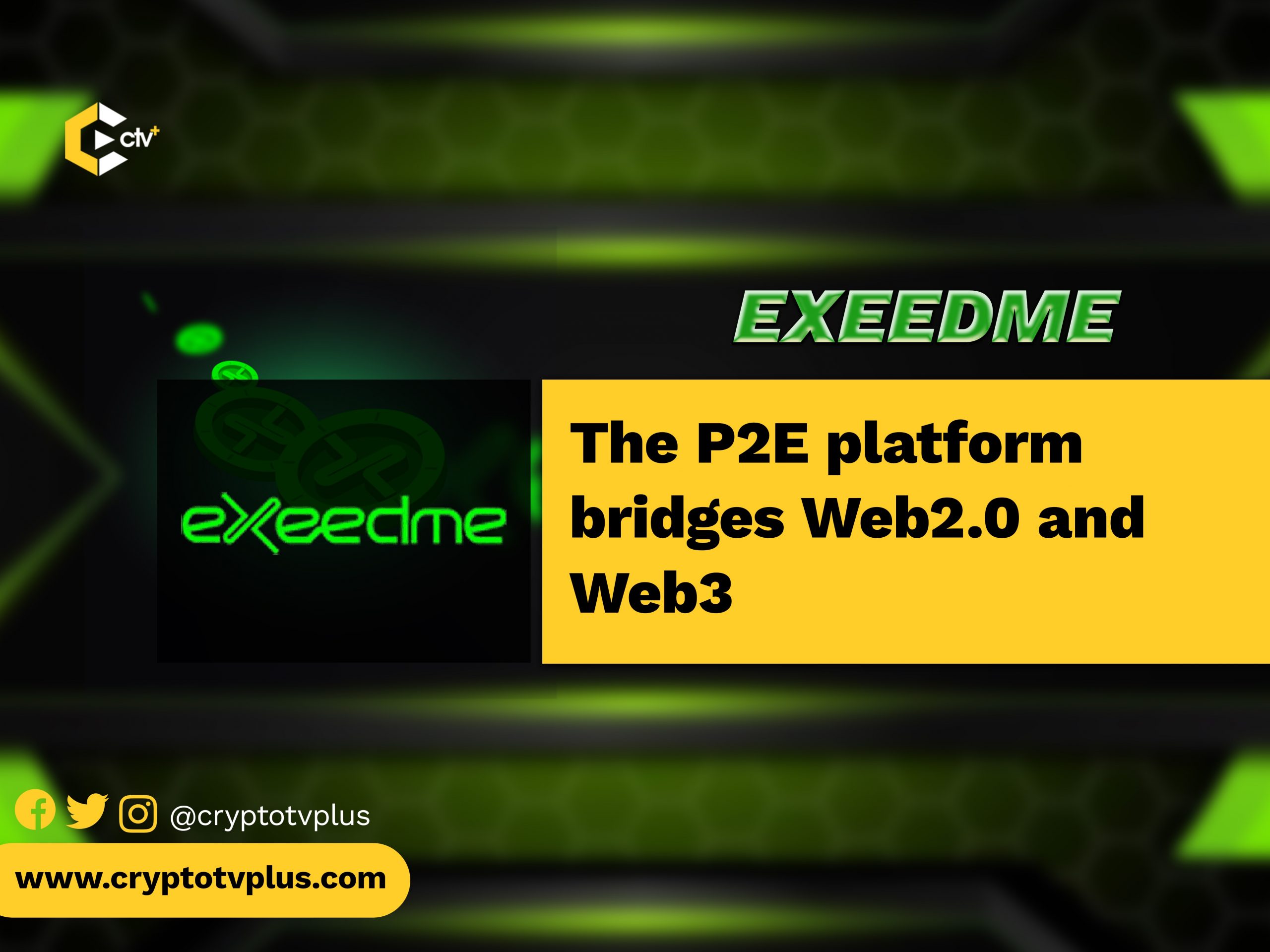 Exeedme is creating a bridge between Web2.0 games and Web3.0 Play2Earn environments. In the process, they are helping gamers, content creators, organizers and teams to create and be part of new gaming economies. Its vision is to create a trusted and fair Play2Earn blockchain-powered gaming platform. Exeedme brings the best of both worlds to allow gamers all over the world, with all skills to compete on their favorite game and make some money.

Exeedme is a decentralized tournament platform for gamers powered by NFTs and DeFi, built on the Polkadot network. Paving new ways for gamers to engage and interact with their favorite games, with an added competitive layer and a sweet Play2Earn model. Players on Exeedme can earn by challenging their friends to competitive matches with stakes, or by participating in matchmaking tournaments. Tournament organizers can build a name for themselves in the decentralized gaming space by creating the next-generation of exciting online Esports tournaments and leagues. Game developers can also incentivize the community for beta testing, and tap into the wisdom of the crowd for critical feedback on new titles.

Exeedme is here to revolutionize the way gamers, game developers, content creators and pro teams interact and engage with the communities. Gamers can monetize their gaming skills, play with friends/challenge strangers, while betting on their own skill. Content creators can also engage with their audience in a dynamic and competitive way, create leagues/tournaments, raise awareness or just have fun. Esports teams can raise awareness among the gaming community and tap into their most loyal fans and followers. Game developers can bridge their game to web 3, untap a new community of gamers and turn it into an Esports hit.

Exeedme already has an ecosystem of crowdfunded tournaments, AAA P2E games and onchain NFT marketplace. Esports launchpad, gaming launchpad and gaming DAOs are all going to be launched soon.

Exeedme uses the $XED utility token to incentivize and reward gamers, tournament organizers and game developers for their play and engagement on the platform. The token has a total circulating supply of 100,000,000. It was designed to ensure that the majority of the rewards generated by the Exeedme platform goes directly back to the people who use it the most. Major use-cases for $XED include game mining, staking for access, and governance:

Exeedme; The PlayToEarn platform that bridges Web2.0 and Web3 - topcoins.io