Aurory: Play, Catch and Earn in this GameFi project
Advertisement 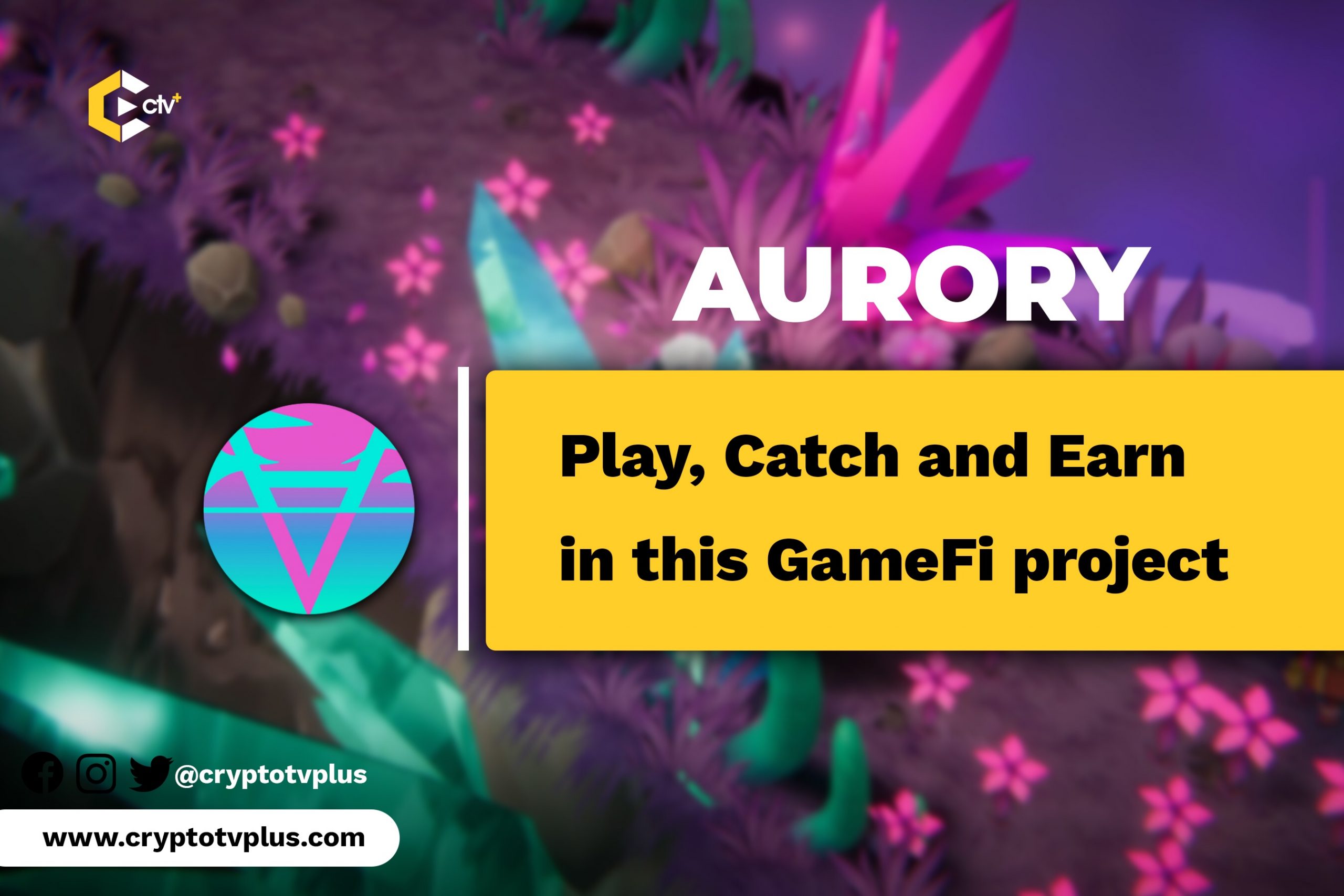 It’s amazing knowing that you can enjoy playing games but one mind-blowing thing is knowing you can also make money while you are at it. Play. Catch. Earn. Sounds like fun, right? Over the last few months, there has been an unimaginable upsurge in the number of play-to-Earn concepts, also known as GameFi all over the world and this is majorly encouraged by the successes of some of the earliest Play-to-earn games like Axie infinity. One of these is the Aurory Project.

What is the Aurory Project?

Aurory Project, a solona– based  blockchain gaming studio is a play-to-earn desktop game where players are being invited to explore a rich and diverse universe.

Aurory, co-founded by Yann Penno, Creative and Art Director with over 14 years experience working in the indie games industry as a 2D/3D animator and art/creative director. Paul Vadillo, Marketing Operations, crypto enthusiast  has witnessed tremendous growth since its inception in the last quarter of 2021 with a massively growing population of over 37,000 members on Discord, 184, 000 followers on Twitter, 9.5k followers on Medium and over 10k followers on Instagram as at date of publication.

Aurory’s team is made up of young, vibrant and extremely talented members and this is one of the essentials to creating great games. Aurory sets the standard for play-to-earn games by creating innovative and attractive gameplay that also cultivates virtual in-game economies.

Aurory is one of the first AAA blockchain games that has demonstrated a polished demo, where a character is able to walk around in the world. The company has a mission to encourage the global adoption of cryptocurrencies.

It is doing this by introducing gamers to the blockchain through incentivized gameplay, lowering the entrance barriers to web3 gaming and working hard to bridge the gap between web2 and play-to-earn gaming.

Since its inception last year, Aurory has been able to secure quite a number of amazing investors like Solana, Serum, Ascensive Asset management,  Alameda research, Zee prime capital, Genblock capital amongst others.

Aurory has two major game modes: a story-driven single-player mode popularly referred to as PvE (Player vs Environment) and then a competitive battleground mode usually referred to as PvP( Player vs Player). Both game modes will allow players to collect NFTs and $AURY tokens. $AURY is listed on FTX, Kucoin , Raydium and Orca.

Helios and the solo game mode

The solo game mode we are working on is based on a J-RPG type in a retro-futuristic universe. Fully hand drawn in 2D animation, it is a side-scrolling video game where you will follow the quest of Helios. Fulfill quests, talk to NPCs and defeat many opponents in order to advance in the plot.

Every monster or creature coming in your way that you defeat will be earned as an NFT (Non Fungible Token) in your wallet. Those NFTs cards will be the core of our multiplayer modes, and will allow you to compete against other players or to gain additional items

The platform allows gamers to earn NFTs and rewards in $AURY tokens. In the game, players are expected to travel across the world of Antik and Cryptos, two different areas and biomes, where you will meet with a vast array of NPCs and Nefties. These magical creatures, which can be caught or traded, will accompany you through a variety of engaging game modes in this compelling JRPG (Japanese Role Playing Games).

Players can earn tokens ($AURY) and NFTs by playing the game, which can later be used to buy items in the marketplace and improve their chances of success in the game.

StepN: Move Around & Earn in this SocialFi/GaneFi Project

The Aurory IDO was the largest IDO on Solana. This successfully funded the development of the game and secured us a position to pioneer in the play-to-earn space on Solana and to operate as one of the market leaders for the years to come.

$AURY is Aurory’s multi-utility ecosystem token which players can earn through both PvE and PvP game modes, as well through staking. The token can be traded through a traditional CEX/DEX and on Aurory’s in-game marketplace.

In the future, it will act as the governance token of Aurory, allowing holders to vote on important game-development decisions.

Aurorians can be bought from the Aurory marketplace with $AURY tokens. These generative NFTs are more than just profile pictures, and they have several utilities inside the game.

There are quite a number of benefits attached to holding an Aurorian and they include: Visual identity, Early access, Boosted rewards, NFT airdrops, Land sales priority amongst others.

Even though the Aurory marketplace is not the main focus of the game, it still plays a major role as it enables players to exchange game assets and all sorts of items such as Nefties, golden tickets, cosmetics and much more.

In the marketplace, players would be able to spend their hard-earned $AURY on improving their Nefties, unlocking access to better items and acquiring highly prized NFTs.