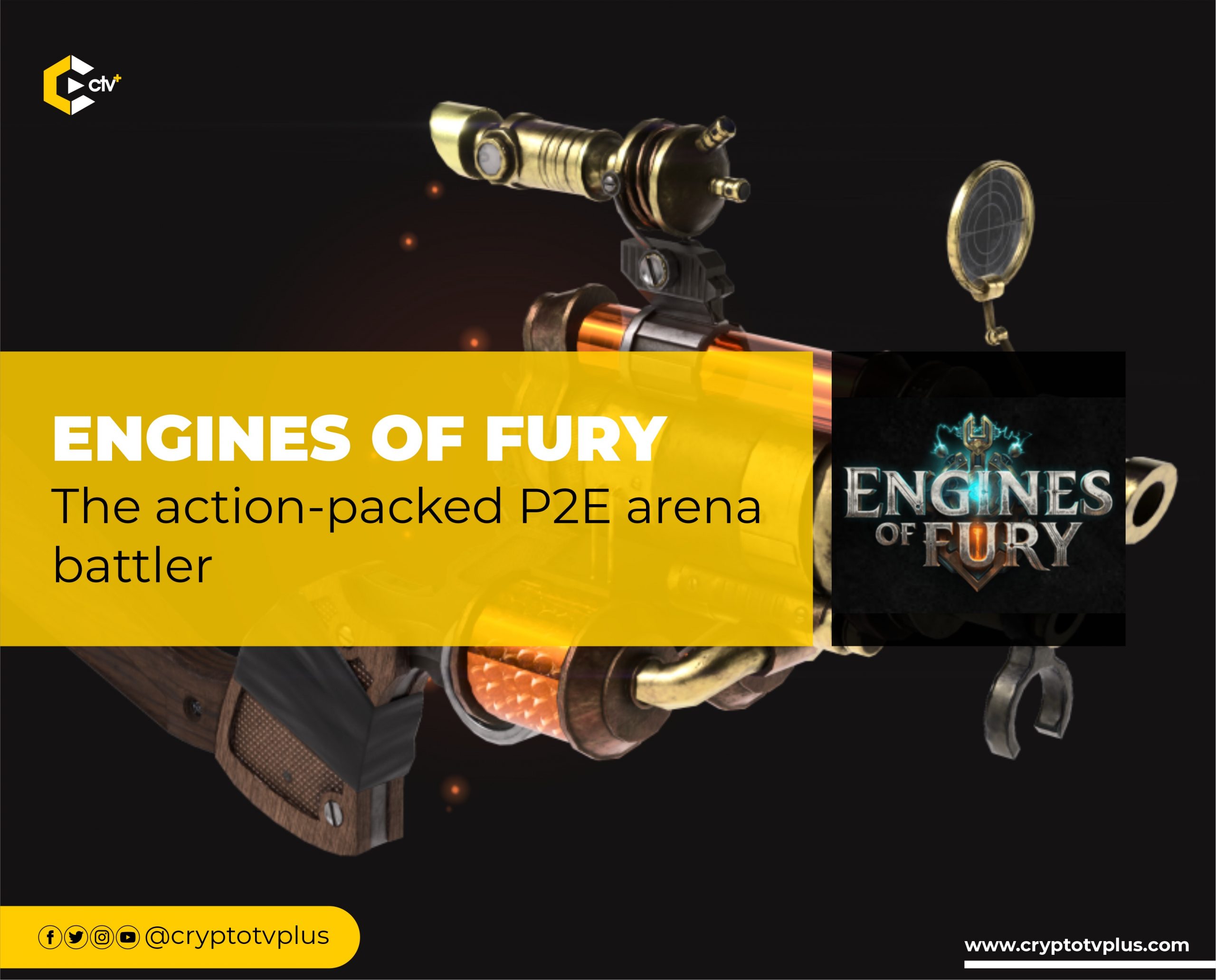 There are varieties of play-to-earn in the GameFi space, some rely on grinding endlessly, and some rely simply on trading and buying in-game plots of land. Engines of Fury, on the other hand, is where gamers can have fun playing while also earning money.

Engines of Fury is an action-packed play-to-earn arena battler founded by Petras Nargela and Arnas Jonikas. The game allows players to engage in exciting PvP and PvE duels set in a gorgeous 3D rendered world where they can win tokens, forge NFTs, and earn profits. Engines of Fury’s mission is to create an addictive and engaging game that would tackle one of the key problems in current crypto games – being repetitive, boring, unimpressive art-wise, and with no real gaming experience.

They say that great games are built by great teams and Engines of Fury is no exception. The team is composed of seasoned professionals, ex-founders, and board members of game development studios, marketing, and UX/UI agencies. They have an impressive list of partners too: Double Peak Group, DWeb3 Capital, Kyros Ventures, Metrix Capital, Good Games Guild, BTC12 Capital, Meta Gaming Guild, IceTea Labs, LD Capital and Animoca Brands.

The team of ardent game developers and industry-leading experts created an alluring game with enthralling 3D visuals, an incredible art style, lifelike animation to keep players immersed in the game, and an intuitive and unambiguous UI/UX. As a next-gen NFT play-to-earn game, seeking to redefine the philosophy of regular blockchain games, Engines of Fury is bringing to the space, distinctive gameplay similar to conventional games but a more sophisticated artistic layout that will meet and exceed users demand.

How to earn on Engines of Fury

Gamers need some $FURY tokens to start the journey. They basically need to buy a champion, then try out any of the available game modes. Spending a bit more time in the Training Ground mode at first to learn the game mechanics and find out which strategies and item combinations work best is suggested.

Then they can proceed to explore other modes in which the $FURY tokens (used in all facets of EoF gameplay) would be needed.

Other ways to earn money

Apart from the main gameplay loop of EoF, there are additional ways of earning the $FURY tokens:

Engines of Fury has rare/legendary items such as weapons and armor in the form of NFTs, which are unique in terms of looks and characteristics. Players can sell, gift, or exchange those NFTs with other Ethereum wallet users directly on the platform, or on the third-party NFT marketplace. If an NFT is won or crafted, it is not compulsory to wait for a buyer in the NFT marketplace. Gamers can destroy the NFT and exchange it for $FURY tokens.

The game economics revolves around $FURY, an ERC-20 token. With the token, players can participate in one-on-one fights and tournaments by staking tokens before fights and winners will be charged a small percentage (2%) of their earnings as a ‘winners fee’. The token allows the purchase of armor/weapon NFTs from the EoF Marketplace and other players. Users can buy arenas with the native token and receive a commission from players fighting in the arenas. Gamers can: