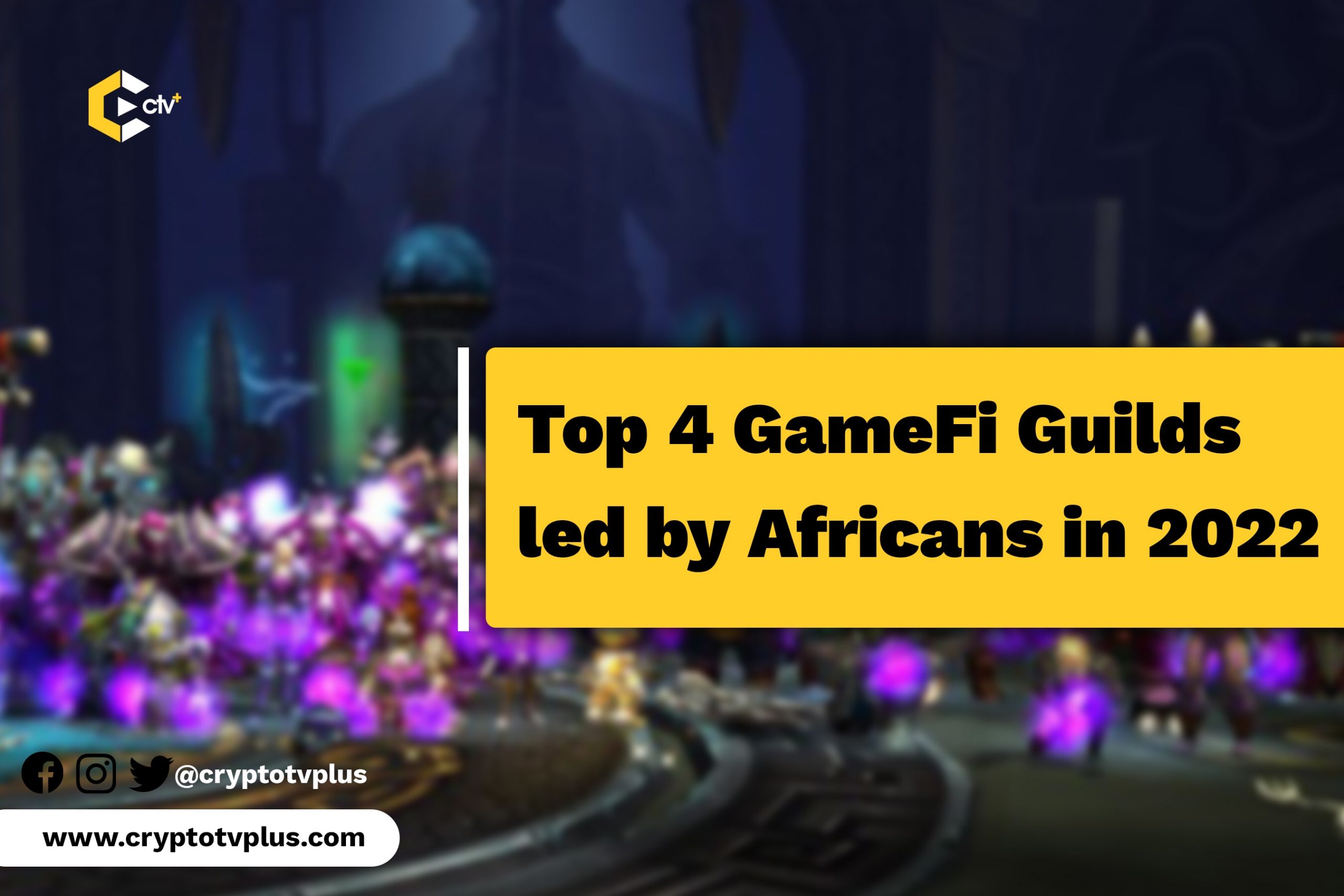 Although, Gaming guilds have only just recently increased in popularity , they have been existing some decades before now. GameFi is said to be the all encompassing hub for game finance.

It is a platform that services investors, traders and also blockchain gamers in one Guild and aggregator alongside a launchpad that is reserved exclusively for games. GameFi is also said to provide a selection of the industry’s most creative games and the first marketplace for trading items across game borders.

In this article, we have reviewed and  brought to you in no particular order, the top guilds led by Africans in the Gamefi  space in 2022.

Tuzanye Game Guild, a global play to earn community, which allows players to maximize their performance, by borrowing NFT assets across the metaverses is unarguably one of Africa’s largest guilds with a growing population of over 8,000 community members on Twitter.

Tuzanye, situated in Uganda is being managed by a decentralised autonomous organization (DAO), which consists of TGT token holders and players and this is so in order to ensure a fair distribution process.

Tuzanye Game guild has a team of trained and star coaches.The coaches although possessing expertise in completely different fields yet they are united because they have all witnessed the revolution in the traditional gaming space over the years. These star coaches, with the head of them being Aleksandr Svysiuk have already produced over 1000 scholars .

Gamic guild is unarguably one of Africa’s biggest gaming guild with a growing population of over 13,000 members of its community on Discord.

Gamic Guild is a decentralized platform that offers users an array of NFT games of different genres to play and earn, and in the process revolutionize the gaming economy in Africa.

Gamic plans to create a single point of access for investors, experts and talents. And also become a major hub for creatives to bring any and every project to life.

Gamic intends to create a paradigm shift that will enable gamers to enjoy a continuous revenue stream simply by playing games. The web2 business model of gaming which is pay to play will give room for the emerging decentralized Web3 economy.

Gamic guild has a team of capable employees which includes: Trust. K Anyi, a web developer, crypto enthusiastic, Gamer and a host of others as  the Head of Games; Samuel Madu, with 13+ year’s professional experience managing digital products and value-added services in the telecommunications industry is the Head of operations at Gamic guild; Nnamso Anthony, COO and a host of others.

Why is Gamic Guild unique?

Gamic guild has some amazing features that distinguishes it from other gaming guilds.

Gamic aggregates the play-to-earn NFT gaming assets and offers them to the players in the secondary markets. The developers and the gamers use this avenue to generate income for themselves.

Queen Amina of Zaria Comes to the Metaverse in Minaland

Smart Guild, a leading playToEarn guild that gives you as an individual the opportunity to exploit your knowledge, talents and skills to make the most for yourself.

One of the amazing features of Smart Guild is that it gives you access to learn about the latest GameFi products, how they work and how to play the games to earn income.

MetaVerse Magna (MVM),  Africa’s first and largest crypto gaming DAO is an African-focused crypto-gaming DAO that is aimed at empowering communities and also elevating economies across the continent through Cryptocurrency.

MVM was founded in partnership with Old Fashion Research (OFR), a multi-strategy blockchain investment fund. Nestcoin CEO and Co-founder, Yele Bademosi, believes the play-to-earn metaverse could get a lot of Africans out of poverty.

The DAO format of MVM will enable unprecedented financial access and wealth creation for players and the community.” Onyinye Umeaka, the general manager of MVM, alongside a team of operations, growth, and community experts, in a statement, said MVM is working to break down gaming barriers in Africa by giving individuals the opportunity to play, earn and grow their wealth without having to purchase any gaming assets.