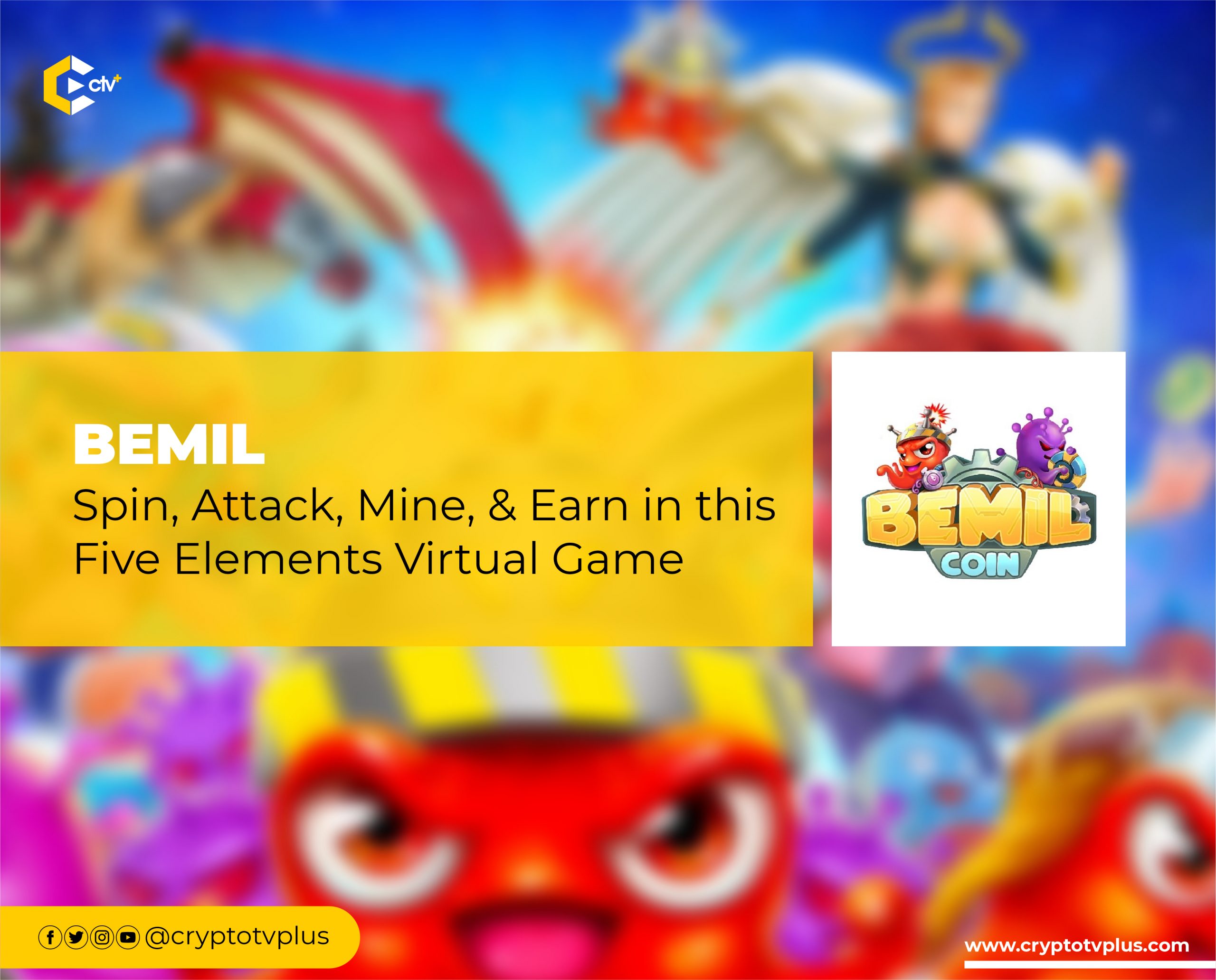 Metaverse is a synthetic representation of the physical world or a copy of real-life actions in a virtual world. The gaming industry is leveraging this tech to onboard free creative gameplay and integrate play-to-earn mechanisms. Games like Bemil now fetch players more than just fun; they earn as they play. Bemil is a play-to-earn game that entertains and engages players to battle and explore other in-game features.

It was unbelieved that Iron, Water, Wood, Fire, and Earth; the five elemental powers contained in gears bring wealth, power, and Dominion to those who possess them.  There lived a man called ToTo, an elder in the galaxy full of wisdom and great insight. He shared with the people the secrets behind making gears. With the recipe, people could make theirs, and despite this, the galaxy never stayed peaceful.

A player needs a good number of gears to mine in Bemil to get Becoin, each gear possesses a particular skill that boosts the player’s Battle performance. To activate the inherent skills in the gears, each gear has to have five different colors. Some factors confer mining eligibility on players,

Factors are improved by participating in different game modes.

Spin and attack: attack enemies using the spin feature to get Becoin and gold. Spin is limited by time, maximize it when available.

Prison: hunt other players, each captive is imprisoned by their captor and made to mine gold.

Tower Defense: bots are fast and attacks against them should be swift. Players use their NFT heroes and weapons to launch a defense against bots while they search for gold.

World boss: this game mode is more like a group fight where more than one player from the same clan team fights a boss. They earn gold, gems, and in-game items dropped at the course of the fight.

Clan war: “We are from the same clan, we conquer planets together”

Different clans exist in the galaxy, players from a clan, battle players from other planets, or a boss ‘world boss‘, to conquer and claim planets. Each clan has skills for battle, these skills affect the performance of players in battle. The planets can also be owned and rented by players. While fighting enemies in battles and missions, players look out for in-game assets such as collectibles, gold, and gems. When crowned a victor for a battle, the player earns Bemil Coins; Becoin. Reward points are according to the degree of damage a player inflicts on the enemy.

Mecha Morphing: The Metaverse for the ‘Rogue Ones’; Mine Battle, Trade, Forge Weapons

6 ways to earn on BEMIL

Becoin is the initial coin of the ecosystem that will be replaced by $BEM. The platform users trade Becoin with USDT then withdraw USDT from the platform to other compatible wallets. When BEM replaces Becoin, users will trade BEM with USDT, then send it to another waller of their choice.

In-game demands are purchased using Becoin, such demands include buying NFTs, holding the identified coin, buying gem and gold, getting a starter pack, opening gacha, and accessing other numerous features of the game.

NFTs to be bought in BEMIL are of two types; Weapon NFT and Hero NFT. Weapon NFTs are used for Tower defense and can be equipped by Hero NFT. Hero NFTs can be upgraded and skill-equipped and are deployed in the Prison game mode.

The team behind Bemil has Han Nguyen as CEO and Hung Nguyen as an executive advisor. Han Nguyen is the founder and CEO at Thudo Multimedia. He is the first chief software engineer to successfully launch HANEL brand products. Hung Nguyen is the co-founder and CEO of Faraland. Both the core team and board of advisors work hand-in-glove to bring the project growth plans to completion.

In the latest Bemil game version, Bemilians can now earn by selling gold obtained from almost all in-game tasks at the Bemil marketplace. They also can earn by trading gears and Becoin.