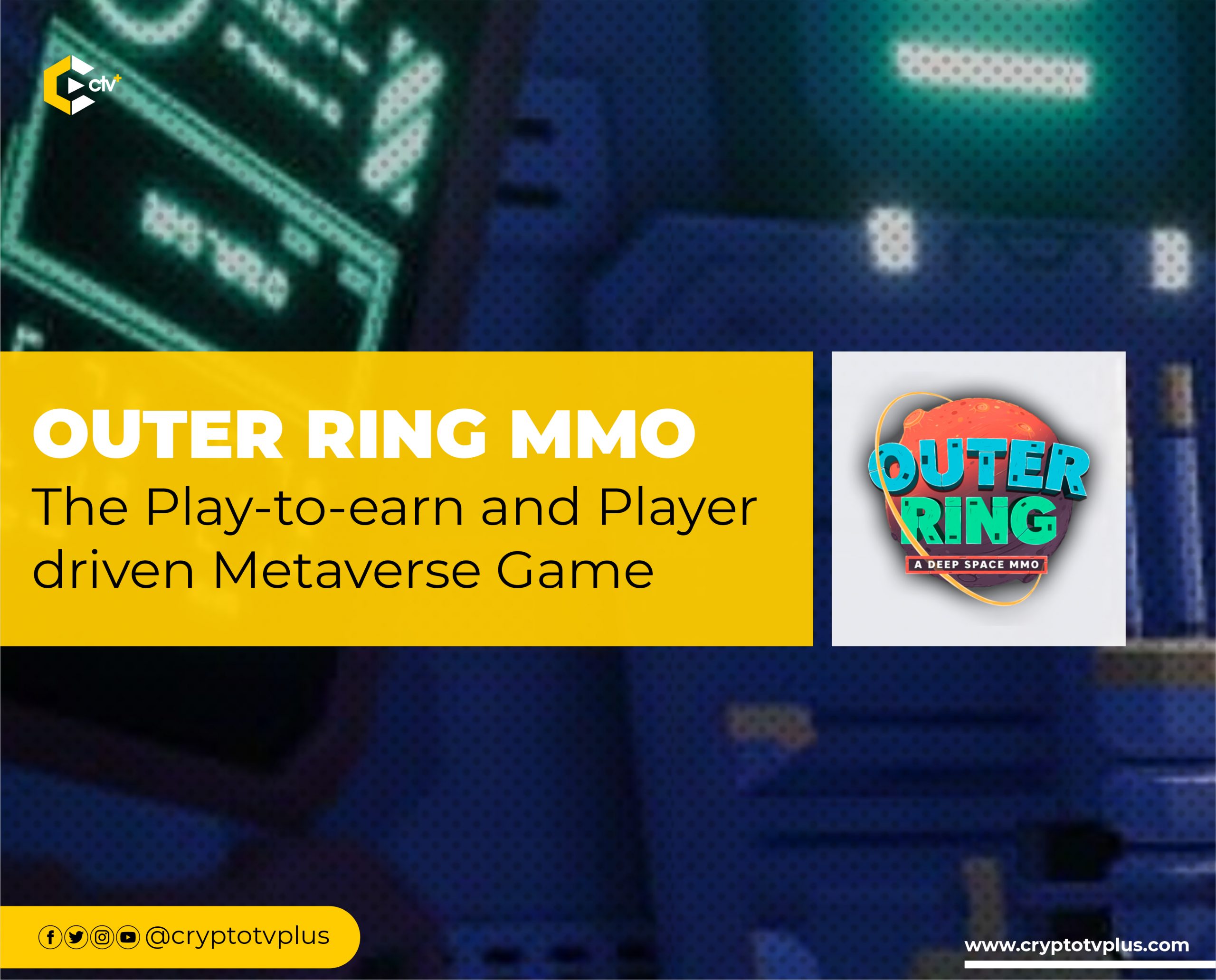 The GameFi industry recently benefited from a massive interest surge from traditional gamers and game developers. The last few months have seen active users on blockchain games multiply, a development inspired by the play-to-earn narrative most games have integrated into their game dynamics. As a result, gaming enthusiasts now get rewarded for their playing time and efforts, a primitive lacking in traditional gaming— where gaming assets are owned and controlled by developers and not players.

However, with GameFi, that control has been wrested from centralized entities and handed to the players. Several developers and publishers have adopted this incentivization model to attract thousands of players to their games. Popular games like Axie Infinity and Crabada leveraged the play-to-earn business model to become the most sought-after P2E games on their native blockchains. Outer Ring MMO is towing the same path.

What is Outer Ring MMO?

Outer Ring MMO is built with a freemium model, which is a strategy to lower the barrier entry to play-to-earn (P2E) games. The model will enable a level playing ground, attracting millions of crypto natives and gaming enthusiasts discouraged by the cost of acquiring gaming assets before they can partake in blockchain games.

Outer Ring MMO aims to democratize access for gaming enthusiasts, combining older systems like Ultima Online or Meridian 59 with emerging and newer technologies such as blockchain technology and NFTs, which power the in-game mechanics of popular blockchain games like Axie Infinity and SplinterLands.

The plot begins with an Outer Ring civil war between four different yet equally strong factions formed by refugee races of an initial war in the Inner Ring— The Rebirth Coalition, Bastion of Traditions Alliance, Interplanetary Sovereign League, and The Multi-Planetary Pacification Coalition. Each faction has different objectives, causing the war to prolong further. However, only one faction will emerge victorious, conquering and ruling the Outer Ring.

Outer Ring features a virtual environment where players can immerse themselves, enjoying a wholesome metaverse-like experience. The game is deployed on a server cluster/server farm that allows players to interact with themselves in real-time, establishing a social network within the game. Players can form clans amongst themselves, taking a cue from traditional games like Fortnite and Call of Duty.

However, unlike the traditional games, Outer Ring MMO enables players to be more involved because the community is more important to the game’s ecosystem, which will be affected by players’ decisions. Players can also go solo, navigating through different planets to conquer enemies.

Outer Ring is an action, third-person MMO based on skills and a vast array of weapons and assets that players can select from. Assets within the game include spaceships, pets (biological and bots), armors, loot boxes, booster packs, vehicles, houses, bars, grocery stores, item stores, resurrection pods, and game rooms, giving the impression of a self-sufficient ecosystem.

Each asset is an NFT and is tradable by players. Players can craft assets with resources such as iron, tungsten, helium, and carbon, represented by an underlying token to be used in the game’s DEX to provide liquidity in pools. The underlying token is burnt when the resources are deployed back into the game.

Outer Ring has enabled different challenges for players— the Battle Arenas, Dungeons, Arcade machines— to explore. Players receive rewards when they complete challenges. The challenges will also be part of official ESports tournaments where players can slug it out, proving their mettle while leveraging the in-game assets to improve their winning chances.

Outer Ring is a free-to-play game but adopts a token-based model coupled with the NFT and Metaverse technology similar to Sandbox’s to power the ecosystem and incentivize players. Exocredit (EXO) is Outer Ring’s in-game currency and native token, while Galactic Quadrant (GQ)  is the game’s premium currency and native governance token.

Both tokens will be used in-game, and off-game for rewarding players, character and assets upgrade, and buying other tokens. While $EXO has a total supply of 30 million, $GQ’s total supply is 10 billion. Players can only use the in-game currency— $EXO to purchase in-game items sold within player-owned stores and auction houses.

Outer Ring also hosts a native DEX where players can trade items they have created with natural resources and materials used for construction and equipment creation. The Outer Ring ecosystem will also include an NFT marketplace to enable the trading of NFT-based assets, which are purchasable with either EXO, GQ, or other supported cryptocurrencies, capturing the idea of a living economy where all types of players have a place.

The Metaverse model Outer Ring is integrating into the game includes the possibility of holding special and occasional events, where users will have the option to participate by viewing and acquiring skins/cosmetics from the event itself, including NFTs featuring autographed images of celebrities.

Reminiscent of a Sandbox or Second Life-like feature, Outer Ring will enable in-game advertising spaces to be rented as ‘product placement’ to companies that want to interact with a persistent virtual world that is the Outer Ring. Thus, players can generate income via other means apart from playing the game.