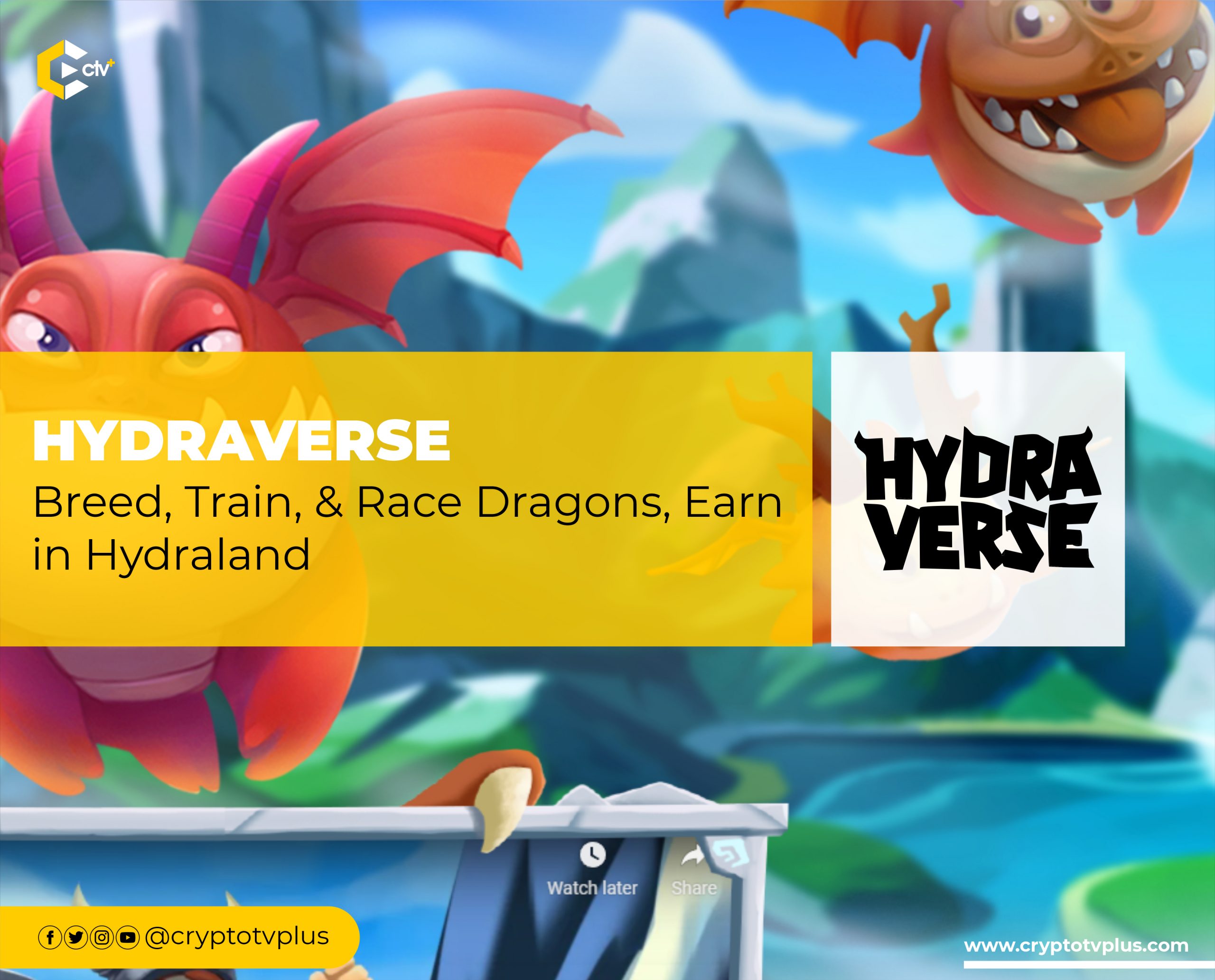 In many epic gameplay, ancient creatures are the main character, the plot/theme of the story is centered around ancient times and adventures in ancestral settings. Some of these creatures that make up the epic storyline include Dinosaurs, Dragons, Wolves, Vampires, Globlins, Mermaid, and many others. Dragons are mythical creatures with varying beliefs in different regions, they are four-legged, winged; wingless in some regions, snake-like, and capable of breathing fire. This legendary creature is the main character avatar of Hydraverse.

Immortality is the quest of many strong, famous, and wealthy mortals in Hydraland. What they are looking for to stay undying lies in Mount Versa. Hydraland is the land of dragon trainers and on its famous mount has that which could be an answer to immortality. The breath of peace submerged the land, every creature extended a hand to their neighbor, this peace was guarded by seven dragon balls on top of Mount Versa. The gems; dragon balls were the desire of everyone to own.

Evil is an enemy of anything good. The air of peace in Hydraland became choky when evil made its way to the land. One day, the one called Evi set out to steal the dragon balls and was caught by the guardian of the Mount, Evi being a dogged digger, didn’t let it slide but was overwhelmed by the desire to own the balls. A fight broke out, clash of metals and piercing of swords, Evil laid hold of the gems and swallowed them. The guardian possesses strong powers that could knock out Evil, this he used on Evil, and unfortunately, the balls broke, scattered, and filled the whole Hydraverse.

The land of peace turned sour, only smart and strong men could cross the line to prove bravery by finding the broken fragments and returning the land to its former place. The broken pieces of jade are to be found as soon as possible. Pass the Vikings training and prove to be qualified for the ultimate mission.

Hydraverse is a play-to-earn virtual reality or artificial reality player versus player NFT dragon racing game. Cars or other forms of automobiles have been the traditional racers in a racing game, for Hydraverse dragons are the racers. Players spend time with their dragons, breed them, train them, and take them to race, all in the Hydraverse metaverse. The integration of Blockchain allows players true ownership of in-game assets.

Players get unique dragons by opening dragon eggs, the dragons can be rented out or displayed in the exhibition park. The Hydraverse team aims to fascinate gamers with the dragon trainers story they created, drive Blockchain adoption, and encourage earning opportunities through their play-to-earn game. They match towards building an inclusive metaverse ecosystem and hope to lead the NFT play-to-earn industry in the coming years.

The dragon balls, NFT dragons, and racecourse make up the Hydraverse collectibles. The standout character of the Hydraverse being the dragon has stats that constitute its unique abilities.

If a player picks a dragon with a low stat, the player can level up the dragon by increasing its stars or awakening the dragon. Stars are increased by combining two dragon stats. A dragon with 1 star could be combined with a 1-star level 10 dragon to give the player a 2-star level 10 dragon. A 10 starred dragon is trained to increase its level rank to 100. During player-dragon training, the dragon is awakened and the status increases.

The Gameplay involves a series of tasks and player adventure including unique components of the game.

The Dragon egg: there are 3 types of Dragon eggs; normal egg, epic egg, and legendary egg. Each dragon egg-type hatches a particular number of star dragons. When a player hatches an egg they claim the hatched dragon, dragons are also obtained from direct purchase by the player.

Feeding: this entails all that goes into breeding a dragon for a race. Feeding, bathing, and unlocking the dragon’s happiness.

Dragon Training: dragons have their stats which could be leveled up by the player through training. Dragon training is in the form of a mini-game where the dragon’s experience points are leveled up in training. Training turns are limited for each day but players can purchase training turns if the daily allocated turn is exhausted.

Dragon Racing: Players can hire or own a dragon, either of the two, the dragon is taken on a racecourse by the players. There are 3 racecourses players can choose from.

When a player rents a racecourse for a long time, they become eligible to own the racecourse and receive a commission as well.

Dragon Exhibition: dragons with high stats are exhibited in the Hydraverse park to earn the in-game token. The higher the attraction stat the higher the tokens earned by the dragon.

Hydra Cup: weekly draws are made to select the best 9 riders who will participate in a monthly race. 36 races divided into 6 tables make up the monthly race. Riders are selected randomly to fit into the 6 tables. The top 6 riders from each table go for the finals and the winners qualify for the end of the year HydraCup. Who wins the HydraCup is determined by the two last man standing teams drawn from the 12 strongest riders in the epic racetrack.

Dragon for Rent: players who own dragons can rent their dragon in a fixed price rental or reward sharing rental.

Artificial Reality: players are represented by their dragons in the Hydraverse metaverse. Players click on the dragon to view and can send it to friends using QR codes.

$HDV is the Hydraverse governance token, has a total supply of 500,000,000 HDV, and runs on Binance Smart Chain. $HDV could be staked, hire or buy NFT dragons, and buy racing courses. $Dcoin is the in-game token that will be used to buy slots in Hydra packs, buy energy for dragons, and also contribute to race pools. Players who participate in pools, dragon racing, HydraCup, and complete daily tasks get rewarded with the Hydraverse tokens.

Token distribution is the allocation of funds to different strategic projects in the ecosystem. Play-to-earn has the highest percentage allocation in the Hydraverse ecosystem. Support the project’s seed sale, private sale, and public sale, purchase $HDV on exchanges and join reward programs to earn $HDV. Platform users who hold Hydraverse are called Hydraversers.

Ryan Nguyen is the Hydraverse project CEO working with three others at the core team to bring the ideas behind Hydraverse to light. In the Hydraverse proposed growth plan for the first quarter of 2022, the project aims at implementing the play-to-earn and NFT staking mechanics, and making the game compatible for downloads on different devices.

For more play-to-earn games and how to play them visit CryptoTvPlus.com

Mecha Morphing: The Metaverse for the ‘Rogue Ones’; Mine Battle, Trade, Forge Weapons