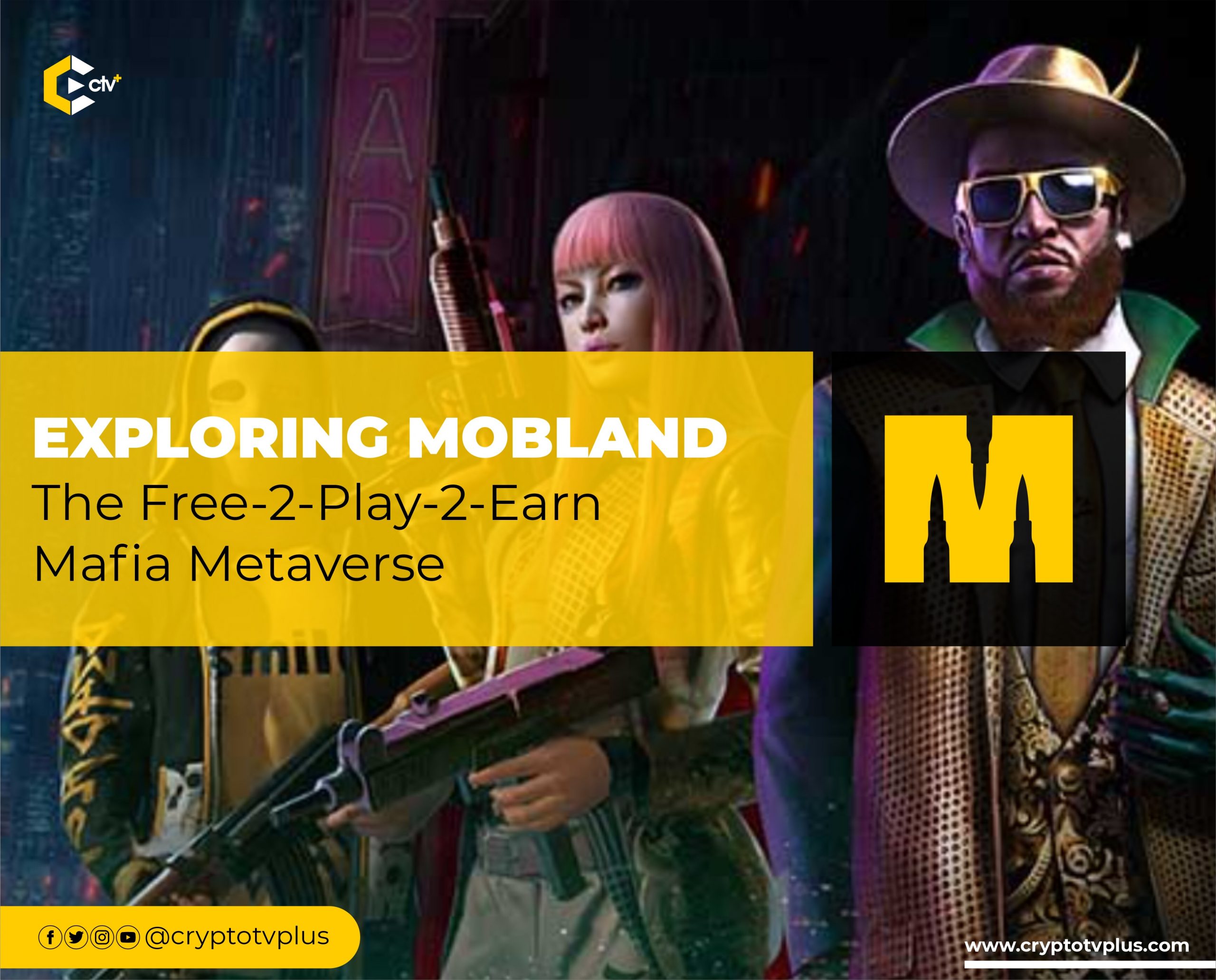 Mobland, widely tagged “the first-ever Mafia Metaverse” is an extraordinary game. On the platform, gamers can fight, loot, build and lead. Also, users can join a syndicate and run businesses, tax underlings and pay tribute to bosses through blockchain-backed resources.

Mobland rebranded from ‘Sin City’ after an alleged trademark infringement. It has a team led by Mihai Pohontu(Co-founder), Fransesco Sullo(Blockchain Lead), Vlad Anghelahar(Engineering Lead), Maxim Garber(Design Lead). Mobland is a Free-2-Play-2-Earn action-adventure RPG game in which the players acquire, manage, trade, and expand their empires and syndicates. Players can grind in daily events, PvE, PvP, and Syndicate events such as cross-chain Mafia wars.

Users start by generating their initial crew members, for free (users still need to pay for the gas fee that applies for the minting). If users have a team to choose from, then they can pick up their crew of four for the battles ahead. The initial game mechanics starts as a real-time card battler – instead of waiting for one’s turn in an awkward way, players can deploy the character’s abilities when they are cooled off in real-time. So the player would have the real-time agency over the crew, but can still stay chill without using the Call Of Duty muscles.

Users would be challenged with both PvE and PVP battles. The PvP battle will be an asynchronous battle, where the attacker will be facing the AI assigned by the defender. The syndicates will allow SYNNERS($SYNR is a ERC20 based governance token for Mobland) to grind their way up through daily missions, events, battles, and much more. Syndicates would be able to form powerful cartels to coordinate attacks and acquire resources as they take over real-world cities around the globe.

MetaStrike: Now You Can Shoot, Build and Earn from this Metaverse

In the crypto world, it is virtually impossible to see a platform that allows gamers to just play and start earning without an upfront. This is exactly what Mobland is all about. Below are the ways to earn on the platform

Instead of selling directly into the public markets, users can reallocate the hard-earned assets into the metaverse ecosystem, through various tools and products like Turf and License to generate additional revenue.

Users can hodl and stake the assets for the additional yield, in-game boosts, and privileges.

Users can stake the $SYNR token to participate in the metaverse governance committee.

$SYNR is the governance token for the metaverse and core of the Mafia-as-a-DAO system.

There is a good variety of NFTs in MOB LAND. The characters, the equipment, the turf, the license, and a lot more. MOBLAND is running on both desktop (PC and Mac) and mobile(Android for now). A browser version possibility is being explored

Related Topics:crypto gamesGameFihow it workshow to earnMoblandMobland overview
Up Next

Jambo Web3 Platform is Ready to Storm Africa After Raising $7.5m in Seed Round