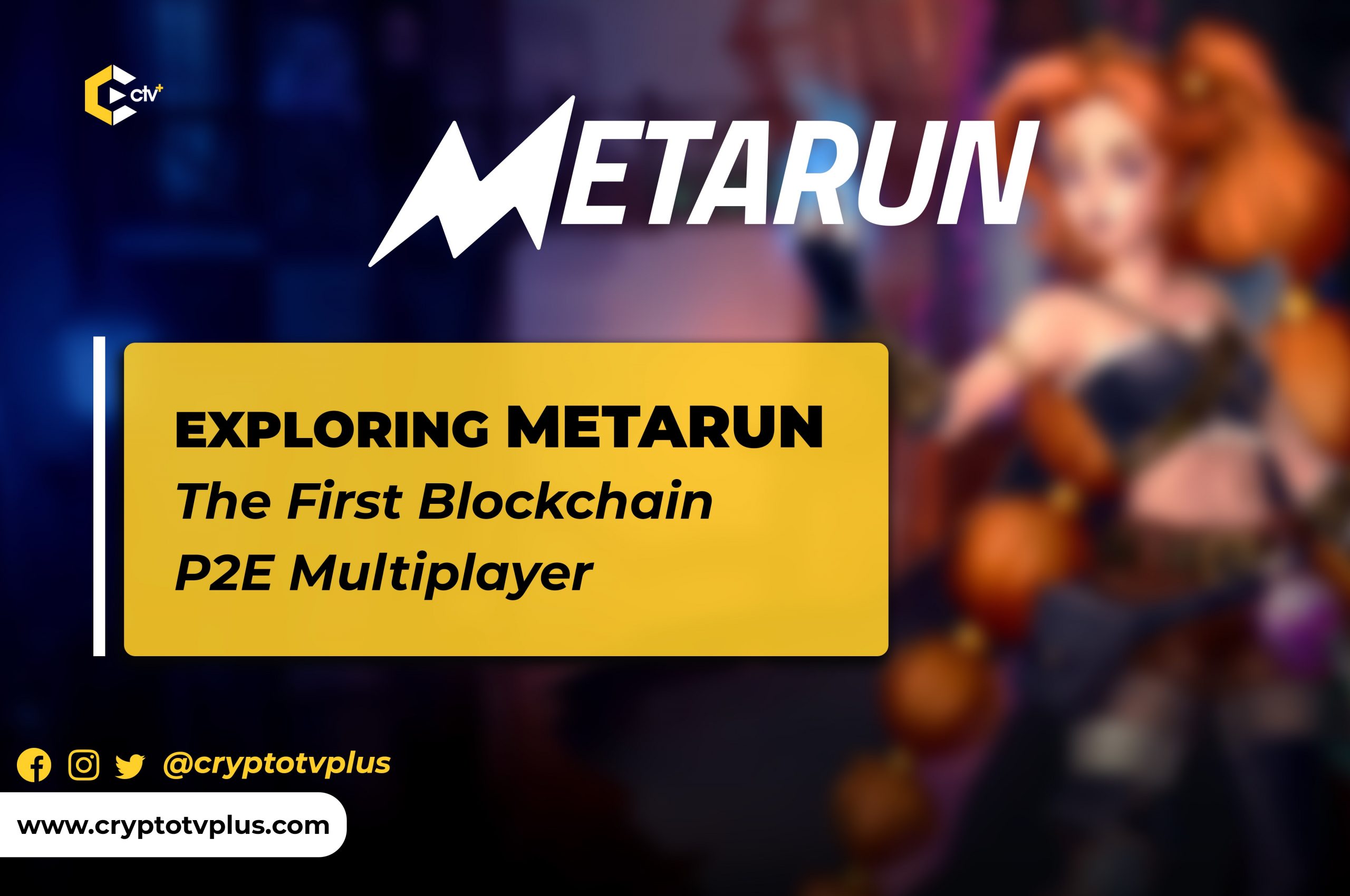 GameFi, often known as crypto gaming, is expanding in terms of popularity and influence. People are growing out of the traditional DeFi mania and spending more time in Play-to-earn games. According to Massoit, the number of daily unique wallets interacting with game-related smart contracts surged to 1.3 million in 2021, a 46-fold increase over the 28,000 at the end of 2020. This testifies to the far-and-wide adoption and exploration of the Blockchain Game Finance space.

Metarun(previously GoFungibles) is a mobile runner game that combines traditional elements like aesthetics and gameplay mechanics with non-custodial, smart-contracts-powered technologies like NFT, DeFi, and Blockchain. The platform is dedicated to offering cutting-edge gaming while employing classic UI/UX in a trustless environment and removing centralized entities from every part of a typical gamer’s experience.

This platform is built by a proficient and talented in-house team led by Matija Rosovic(CEO), Noman Rasheed(COO, Co-founder) and Martina Andjelkovic(CMO). Metarun has an impressive list of business partners and collaborations, some of them include: Polygon, Genblock Capital, Moonrock Capital, Icetea, Metrix Capital, ScaleSwap, GameFi and many others. The blockchain gaming platform has a native token which is $MRUN. It will be listed on Pancakeswap on the 28th of February. The TGE will also take place on the same day.

Metarun includes a whole spectrum of crypto-features enabling Play-to-Earn mechanics, including NFT leasing and token staking and farming. By integrating NFTs and Blockchain in its native mobile game anchored by an assets-powered economy, Metarun amplifies the gaming experience by emancipating gamers from a lack of control over in-game assets, such as character skins and the financial economy. These assets are one-of-a-kind and tamper-proof items that players may buy or acquire, use in the game, or sell in various rarities on the GoFungibles marketplace to generate passive money.

Elon Goat $EGT to Release a Blockchain based PlayToWin Game

How It Works; The Runner-game Concept

The game is a feature-rich endless runner with solo and multiplayer modes. Players may earn in-game cash that can be used to purchase skills, powers, weapons, speed, and shields, among other things.

The setting is rich in detail and interactive elements. Each game level has been meticulously designed to provide distinctive visual styles that are attractive to the sight. Furthermore, each group contains a variety of obstacles that the characters must leap over, slide under, or dodge to live.

Players can gather a variety of artifacts throughout the game stages. These can then be merged to create a one-of-a-kind NFT. Each NFT will have its personality; some will be wearables, such as upgradeable skins (which may also be purchased in the Marketplace), while others will provide limited-time benefits.

Gamers can start an endless journey in the PvE or PVP game modes. They can race, complete levels, get rewards and earn $MRUN tokens while playing

Gamers can lend NFT characters to other players whenever it is not in usage and share the rewards.

The native cross-chained marketplace built on the Polygon blockchain can be used to trade Metarun NFTs.

The Inside Story of FTX GameFi Unit Launch