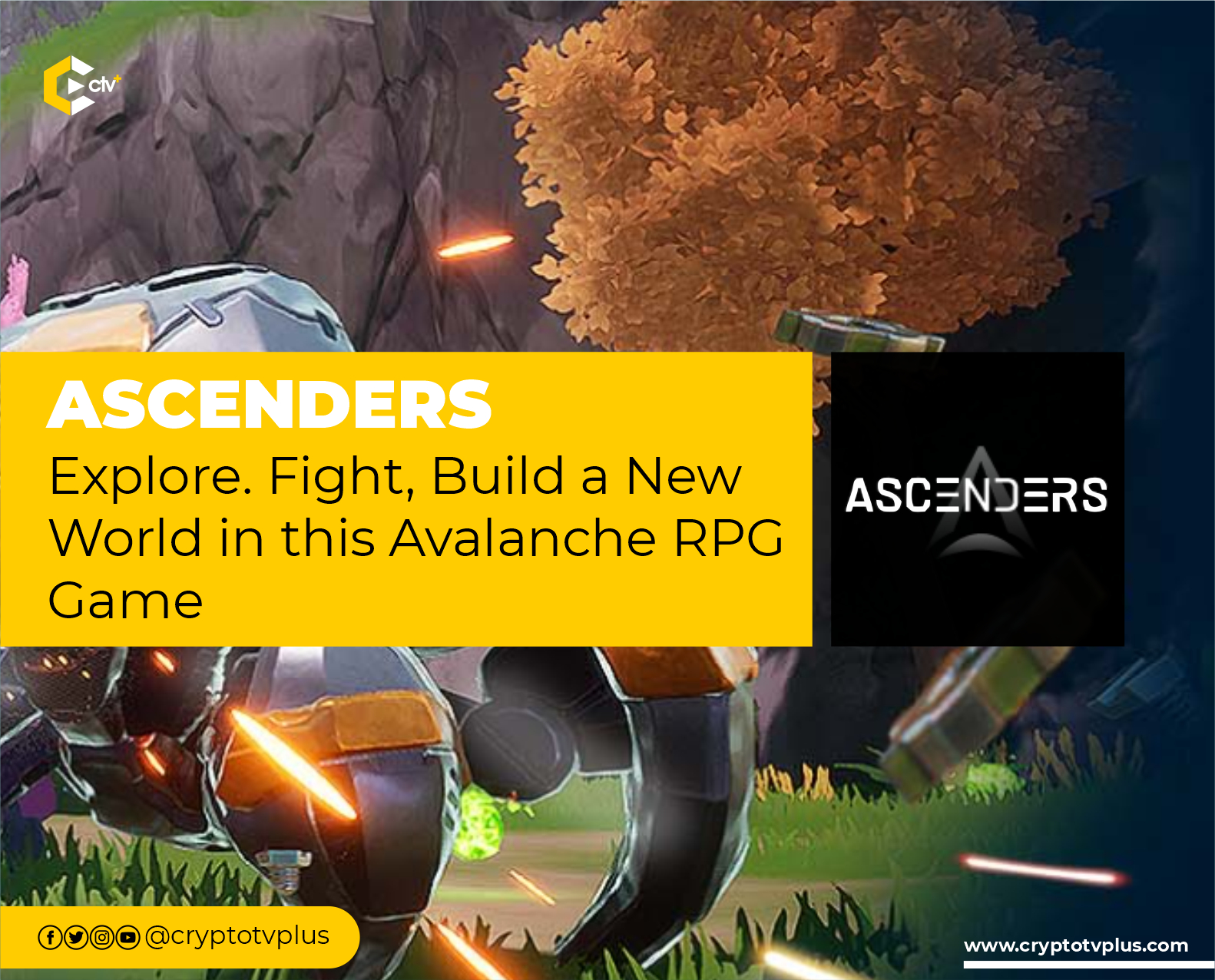 Ascenders is a sci-fantasy, open-world action RPG with a fully decentralized, player-driven economy powered by the Avalanche blockchain. It was co-founded by Jackson Poon (in 2021) who is also the CEO. It has a group of experienced game developers and blockchain industry experts.

The Ascenders ecosystem is complex, with lots of opportunities for trade, cooperation, and competition. Players drive an emergent economy: they create all NFT items, build cities on NFT lands, and band together to create powerful guilds.

There are a variety of ‘play-and-earn’ roles a player can specialize in, each with its resources, challenges, and economic loops. Player decisions can make permanent changes to the world itself.

Ascenders features a dual token economy and player-created NFT and are one of the first major games to leverage the power and flexibility of AVAX subnets.

The game’s story takes the player through a large contiguous overworld and a series of ever more challenging dungeons. The gameplay is both Single Player and PvEvP.

The overworld contains many different terrains, each with its challenges, enemies, and resources. Players explore the overworld for stories and resources, which can be used to mint NFT items. Demarcated areas of the overworld are ownable NFTs, which provide resources and allow landowners to build buildings that other players can see/use.

Players can challenge deep dungeons for rewards, which can also be used to mint NFT items. Some dungeons serve as periodic tournaments, allowing players to compete on PvEvP leaderboards for rare and valuable resources. Special “Battle for Land” dungeon tournaments award parcels of land to the winners.

The Ascenders economy is designed around economic lanes, each designed around a different player type. Each lane has its gameplay loop, resources and rewards, and strategies to master.

Where these lanes intersect, opportunities for trade and cooperation are created. Each player lane relies on the others to provide part of what they need to progress, creating a positive economic loop that sustains and expands the ecosystem.

All game items are player minted NFTs: weapons, armor, items, and even heroes. To mint items, players collect/purchase/pool resources, then visit an armor/weapon smith to craft items in limited runs.

Ascenders strongly believe NFT interoperability is key to the future of crypto gaming. Accordingly, players can use an external NFT to mint an Ascenders hero NFT. The new playable hero retains the name of the origin NFT and has its value and rarity traits.

AGC holders can participate in the governance of the game via the Ascenders Decentralized Autonomous Organization (ADAO), which governs aspects of game operations and future development.

Members control the Ascenders Treasury and vote on member-initiated proposals for new features, changes to game systems, and other initiatives that benefit the long-term health of the Ascenders ecosystem.

AGC enables players to purchase a subset of AGC denominated in-game items and upgrades. AGC is also used to reward above and beyond the support of the game and its ecosystem, via a variety of channels. Staking players even receive in-game rewards!

If $AGC is the engine, $GG token is the ecosystem’s fuel. The Ascenders economy is both broad and deep, with many paths to earning. $GG ties the economy together, powering the transactions between diverse interests, enabling player P2P cooperation impossible outside of crypto gaming.

$GG is earned by a variety of in-game actions and used to create everything from swords to cities to lasting societies. The Glow Gems (GG) utility token acts as an in-game currency used for all primary economic actions including construction, crafting, upgrades, buying player-minted items from marketplaces, etc.

GG is used as rewards for player engagement with the game’s story, quests, tournaments, and world events.