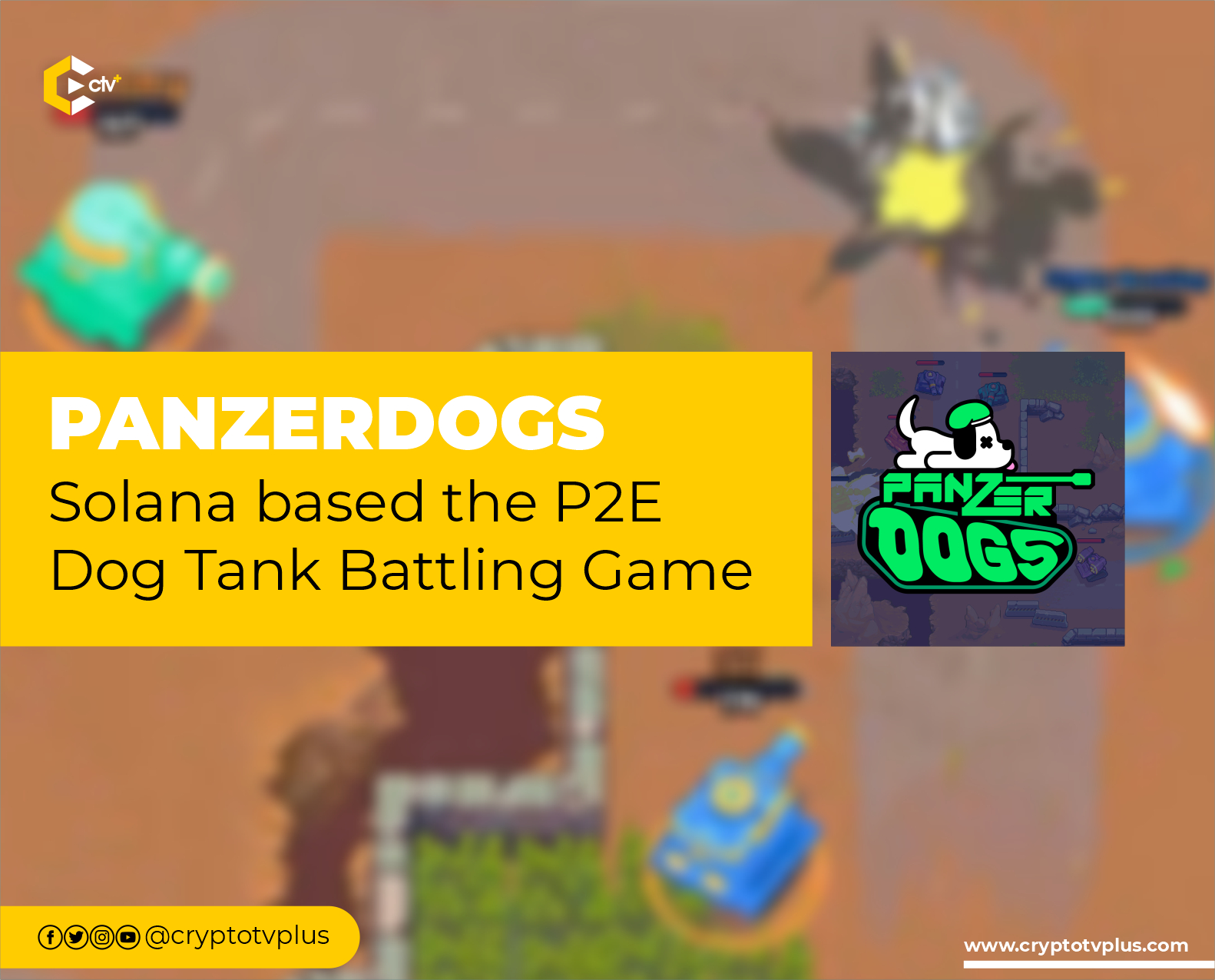 Made by Lucky Kat Studios, PanzerDogs is a Solana NFT gaming project where users can own each in-game asset and use them to battle against each other in tanks.

Panzerdogs is skill based, with players landing and dodging shots against each other, thinking strategically in real-time, outwitting opponents, and using the sandbox. Playing Panzerdogs requires owning both Tank Parts and dog avatars.

Tank Parts are used to create Tanks that are controlled in-game, while holding dog avatars unlocks a multitude of extra rewards and benefits in-game largely depending on its rarity.

Avatar holders will also get early access to alpha and beta versions of Panzerdogs, helping to guide the game’s future and direction. The game can be played directly in mobile and desktop browsers.

Player versus Environment is the mode where players play missions with various objectives against AI controlled enemies. The mode consists of sets of missions that are fun, and easy to complete. They guide users on how to play the game.

Player versus Player is the mode where players battle online against other players. A variety of game modes such as Team Deathmatch, Free for All Deathmatch, and Capture the Flag are supplied.

Owning an avatar is required to play the main PVP mode and participate in crafting. The avatar is based on a set of unique traits and a rarity overview available on the website.

Once a player completes missions in the PVE mode, they will receive a low tier, non-unique dog avatar to get them started in other modes. These low tier dog avatars are in contrast with the dog avatars minted on the website, which have more benefits in-game and are much more unique looking.

Panzerdogs has a token that allows players to receive rewards for playing the game ($SCRAP) and a premium token ($PANZR) that functions as the main currency to purchase in-game items and equipment, as well as allowing passive earnings with mechanics such as staking. They are both SPL tokens, $PANZR token utility includes staking, governance and marketplace usage.

When the player levels up, rewards are given in the form of $SCRAP. It can be used to

What do you think of this article ? Let’s hear from you in the comment section

Related Topics:Crypto p2ePanzerDogssolana
Up Next

Explore, mine and discover planets on Alien Worlds