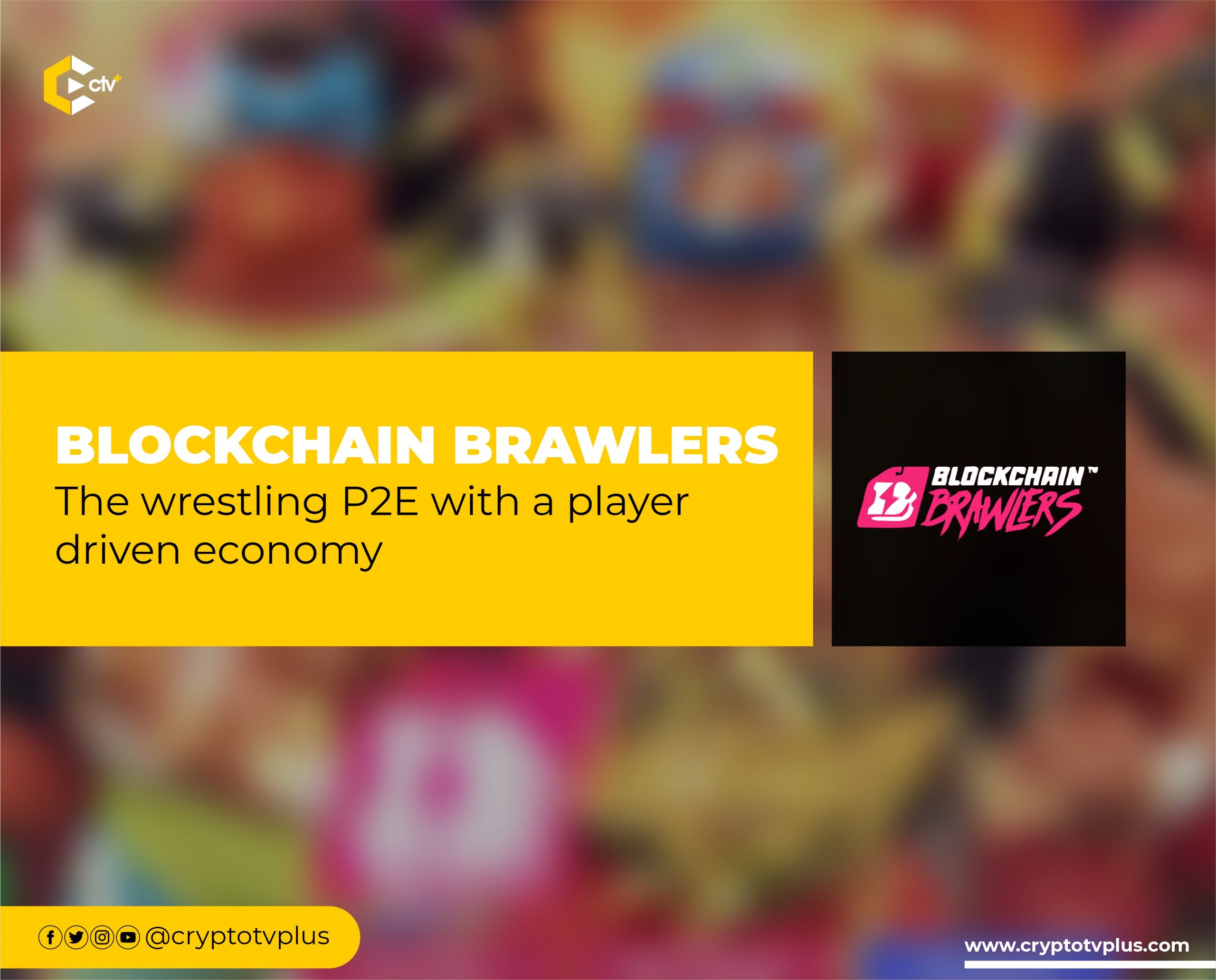 Blockchain Brawlers was developed by WAX Studios, it is a play-to-earn game that looks like a mixture of WWE, Mexican wrestling, and cage match brawls. Blockchain brawlers bring some wrestling zaniness to the gaming world.

Getting set for a mega launch on March 30th with close to 30k followers on Twitter and an active Discord community already, the game will not be free to play. Players will need a Brawler and a Ring NFT to participate in the play-to-earn activities.

Mike Rubinelli, the head of the Wax Game Studio shared on Medium, the team’s vision on the game’s economy and play-to-earn mechanics. With a limited supply of 1,050 brawlers at the beginning of the game, the team wants the players to truly own the game’s assets.

They want them to brawl, earn, craft and repeat. The economy will then be in the hands of the players through the marketplace and secondary markets.

The other reason for a launch with a limited number of players is to give time to the team to study the players’ behaviors to make adjustments if necessary before things get out of control with a wider user base.

Mike also discussed their plans to avoid the game being ruled by bots. They will make sure that players’ decisions will be the key to being successful and they will bring regular gameplay updates.

With these two measures alone, a repetitive piece of code should not be able to get very far in the game.

The play-to-earn game promises to be a ‘real blast’ on the Wax blockchain. In November 2021, the first 100

“Founder’s Edition” Legendary Brawlers were made available on the Binance NFT auction block.

Additionally, the drop will feature a Gear NFT pack. This pack includes a Brawler Weapon NFT in one of the three rarities. Weapons are used to empower brawlers and bring more rewards in the play-to-earn game. This pack is priced at $75 and limited to just 750 as well.

The game flow takes place on only four different screens:

Gamers will start battling straight from the home screen. New players will be welcomed by Ref Jee who will show them around in a quick tutorial to learn the basics of the game. From the Home Screen, they will be able to pick rings and brawlers and go straight into a match.

The other screens are always accessible via 3 persistent tabs at the bottom of the interface. On the top right corner, users have quick access to their wallets and will be able to swap $BRWL tokens for $WAXP without leaving the game.

The fighting screen is where gamers will pick brawlers and the ring in which the match will take place. Brawlers can be equipped with different items to give them extra power and skills.

The health status and cooldown time of the Brawlers can also be seen from this screen. The inventory interface is where players will select the Brawler to send to the ring and where they can be equipped with the different items they own.

Somnium Space; Dive Into the World of VR, Blockchain and P2E

Brawlers face off against opponents to earn $BRWL, the official Blockchain Brawlers token. Higher rarity Brawlers earn more and they can also be equipped with weapons for additional bonuses. In addition to earning BRWL tokens, players have a chance to find gold NFTs after a match. These will be used for special upgrades.

Crafting will be key to progression in the game. Every in-game item will be craftable, except for Legendary Brawlers. Crafting items and brawlers will require $BRWL and Gold NFTs. Gold NFTs will also be tradable on the secondary market and $BRWL tokens will be available on exchanges.

The model that the team has created doesn’t have a simple recipe for success. Higher tier brawlers will earn more $BRWL whereas common brawlers will earn more Gold NFTs. As both are needed to craft, players will have to find the right balance in their strategy. The pricing of Gold NFTs will be entirely driven by supply and demand in the marketplace.

Spooky Shiba; the first horror-themed game with an NFT marketplace