Queen Amina of Zaria Comes to the Metaverse in Minaland
Advertisement 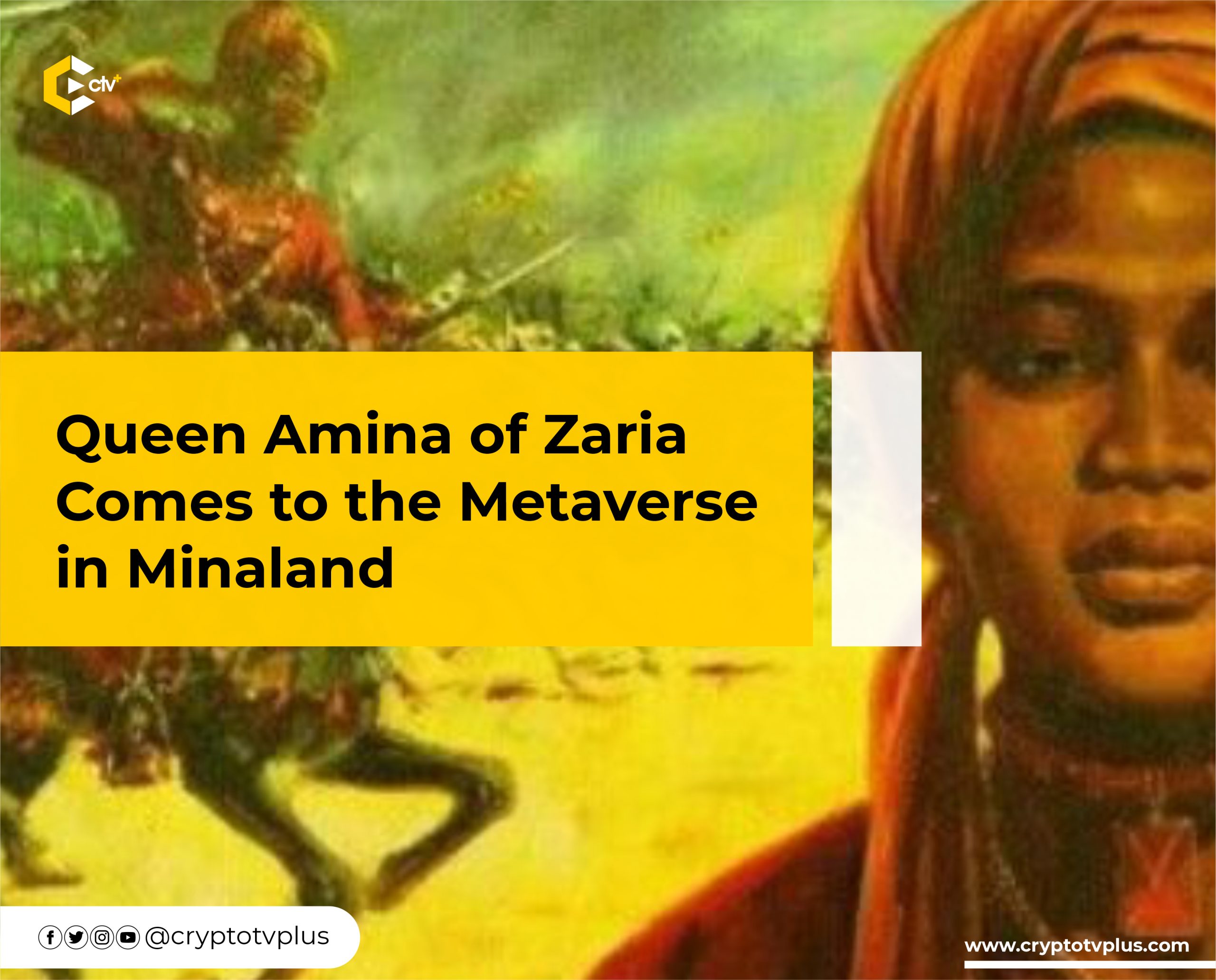 The most centrally located continent in the world with the tallest and largest land animals has come to embrace the advantage of blockchain technology. Reports from African Blockchain Institute show that the most challenging factor in the African Blockchain Ecosystem is the market misconception of blockchain followed by lack of funding, yet there are good traces of projects being launched to tell the story of Africa in this revolution.

Nigeria is amongst the first countries to embrace the use of blockchain technology before the clamping down on crypto-based activities was carried out by the Federal Government. The first CBDC in the continent of Africa was rolled out by Nigeria, triggered by the revolution of crypto. And now, thanks to the access to the internet and availability of opportunities to develop tech skills, the continent is no longer watching the blockchain revolution happen. Citizens are taking bold steps to place Africa on that map. Minaland is one of those steps.

Minaland is a multi-chain project launched on the Binance Smart Chain Network with various DeFi functionalities including NFTs, DAO, and Gaming. The vision is to have a platform that supports tokenization for creators as well as users to utilize DeFi in the context of African culture and beyond.

The platform was inspired by the legendary story of Queen Amina of Zazzau (known as Zaria today in Nigeria). She was the daughter of Bakwa, a Queen and warrior who conquered kingdoms and helped to create stability amongst the Hausa community. Queen Amina ruled for 34 years.

The warring prowess of the Queen was said to have come from her grandfather who instructed her in political and military activities. After her parents died, her brother Karami, took the position as the King in 1566. Ten years later, he died and the fearless, bold and ruthless Amina ascended the throne as Queen Amina of Zazzau. She made Zazzau the second most powerful Hausa state during her reign, spreading her influence unto North Africa. Here’s the foundation of Minaland.

The “Amina” inspired project is spearheaded by Zubainah Abdullahi as the CEO. She has in-depth experience in the blockchain industry. Security, Cryptography, and Product Management are amongst her areas of strength. With over ten years in the IT industry, she has led several blockchain teams including Blockchain and Web developers, UI/UX Creators, and product designers.

Usman Saleh, who is a Senior Software Developer, serves as the COO of the project. Since 2017 he has been leading Blockchain labs where other professionals are part of various projects carried out. Usman has deployed several products on the Ethereum, Cardano, and Binance chains.

The CMO is Buhari Garba, a strong advocate of blockchain technology and an ardent marketer of blockchain products. His expertise has led to the adoption of several products that he has been part of. He loves to see mass adoption of the advantages blockchain gives via solutions created.

SM Sobuj is an investor and a marketer with wide experience in the blockchain industry. In this project, he functions as the Community Manager having managed various international teams before. Grass-root community adoption is an area he loves so much.

Arpiar Karapetian is another Community Manager with long-term experience doing so for high-profile decentralized projects. He’s also a crypto advocate and investor. Finally is Ibrahim Salihu Usman, the CTO. He’s a distinguished fellow on system network security and information technology. His leadership skills and more than five years of experience in the industry have helped him manage project teams of various kinds.

Minaland, like other blockchain-based games, has features that are DeFi related. These include and will surpass NFT collections, NFT marketplace, DAO, and GameFi functionalities.

Thousands of NFTs are created daily and launched on marketplaces with and without standard “essence”. It has become normal that art is personally perceived as valuable and not a general process. However, it has brought with it a lot of nuisance. So, in Minaland, NFT Minting and marketing are managed with certain structures.

The aim is to control the creation of “digital arts that suit one’s will whether abstract (severally) or has any reality attached to it (rarely),” according to PRNewswire. These collections will be culturally related having a true story attached to them with historical value, but not limited to it. In an instance, an African artist can decide to digitize an artifact, mint it and release it in the marketplace and the story of the work paired with it.

The game in Minaland illustrates the story of Queen Amina of Zaria, designed as a single-player, war, and conquest system. As players engage in the game, killing in-game characters, completing missions given, and other tasks are given, tokens are received as rewards which can be traded in the marketplace and other cross-chain platforms with time.

In the world of NFTs, marketplaces are used as digital locations where NFTs are minted, bought, and sold. For GameFi war-like games, like Minaland, NFTs are not just arts. They represent utilities for fighting like guns, avatars, and other weaponry. This is what the Minaland marketplace functions as. For gas fees, BSC has taken care of it.

$MIN TOKEN is the native token of the Minaland ecosystem. It is used as a reward for in-game activities like contests, and treasure hunts. Like other platforms, $MIN is used for the purchase of weapons and other gaming elements.

For Minaland, Q1 of 2022 is meant to have the launch of the NFT marketplace, EPIC Art Museum on SinCity Metaverse, and second CEX. On the plan, Queen Amina Game (MVP) launch, Top Tier CEX listing, and Queen Amina Game full launch are set out for Q2, Q3, and Q4 of 2022 respectively. A full Metaverse for Minaland will be out by the second quarter of 2023.

There is also a MINALAND FOUNDATION, that is committed to “providing services that will be actively involved in supporting startup projects to scale and gain traction through the provision of seed funding and other technical support” says the LitePaper of the project.

Of course, Africa is the richest continent in historical artifacts and artistic figures, with collections like the 11 Galleries of Gidan Makama of Kano, the Artifacts of the Igbo-Ukwu of Anambra, and the Egungun masquerade masks of the Yoruba tribe. Minaland will be a window to showcase these beauties.

Like a “digital home” it can house the cultural flavour from the most naturally endowed continent. Perhaps, one day we’ll also see the Titanium Mallet of Wakanda alongside the Terracotta carvings of the Nok, the Board painting of the Congolese, and the San Bushmen paintings of Gaborone.

A platform like Minaland may well preserve the history, keep the story intact for future generations, give more African creators and those who love Africa an opportunity to reinvent the story of Africa, and create large and limitless access to the riches of blockchain technology.