Explore, mine and discover planets on Alien Worlds
Advertisement 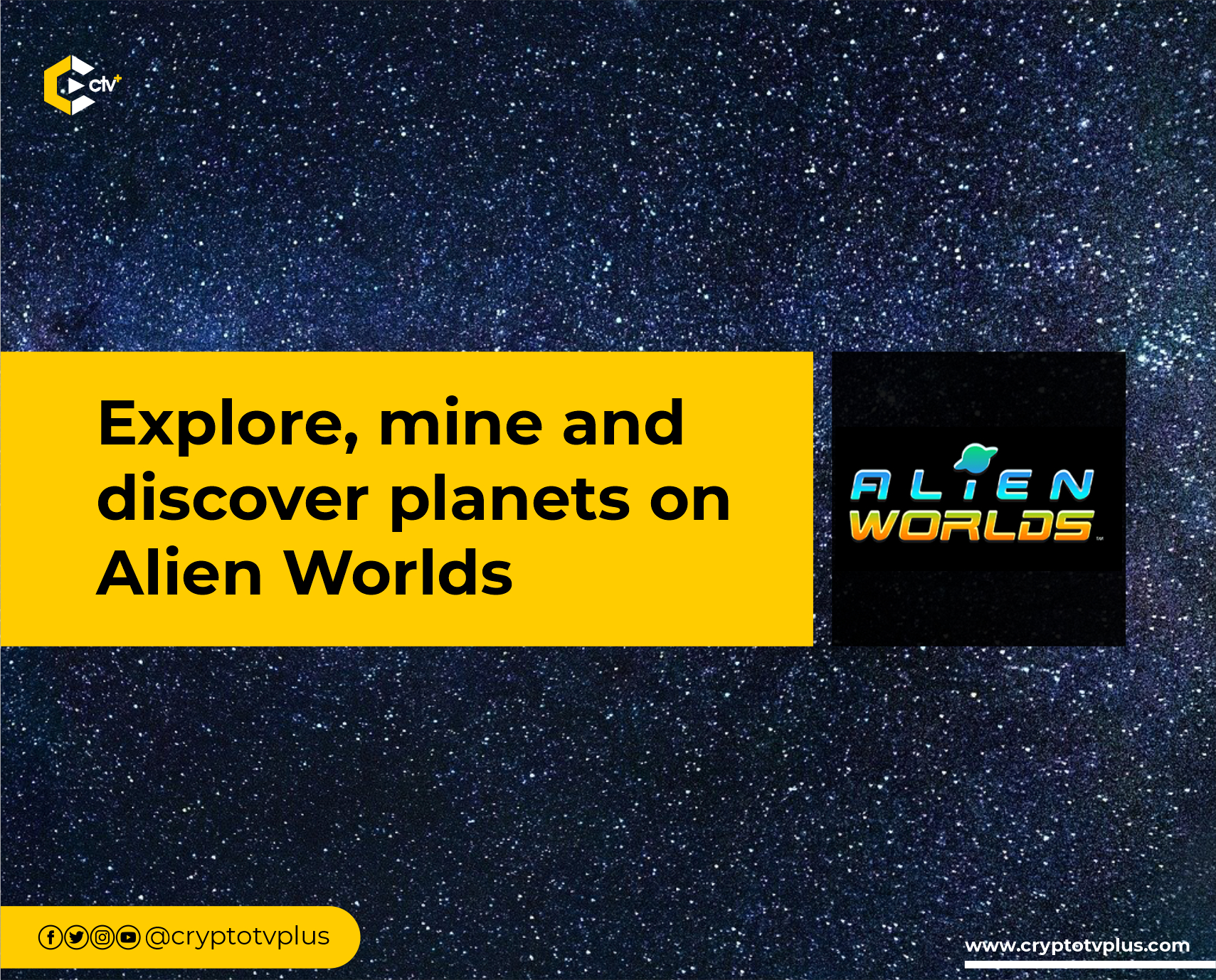 In October 2021, Alien Worlds was confirmed as the world’s most popular blockchain game with around 11 million daily transactions by over 700,000 monthly active users, according to on-chain smart contract activity tracked by DappRadar. Launched in beta form during late 2020, two of its co-founders are Sarojina McKenna and Michael Yeates, who both worked on the EOS blockchain

In Alien Worlds, players quickly discover the appeal of a play-to-earn game that they build and govern for themselves while exploring seven planets across the metaverse. Daily activities include creating Non-Fungible Tokens (NFTs), meeting other gamers in user forums, and selecting land and tools for a chosen playing strategy.

Players can purchase a planet’s land too, which gives them the rights to earn a configurable percentage of all mined Trilium that has been mined on the player’s land. There is a variety of land that players can acquire. Each land type has its unique features that impact the mining of Trilium.

Each Land has 4 stats:

TLM multiplier – determines how much Trilium you will get.

NFT luck multiplier – determines the chance to get a NFT drop from mining.

Charge time multiplier – determines how long you will have to wait until mining again.

POW reduction – determines how difficult it is to mine the land.

For players to farm Trilium, they need to have farming tools. There are a variety of tools that the player can choose from. Tools are, like everything else in the game(NFT). They can be bought, traded, and sold on the marketplace.

Once the player starts mining for Trilium, the game calculates the chance of the player mining Trilium, NFTs, etc. by combining both the land’s modifiers and the tools modifiers.

Other NFTs that the player can acquire are:

Avatars – These items do not confer powers within the core game elements and are collectibles for aesthetic value.

Weapons – These items are NFTs that will be used in the core fighting game which, as of writing, hasn’t been launched yet.

Minions – Like weapons, these items can be used by players to fight with/against other players in the future fighting game.

Artifacts – These items are a diverse category of NFT that is possibly going to impact gameplay in a variety of ways.

The NFTs in Alien Worlds also have a rarity and shininess level. The rarity levels are (in order of least scarce to most scarce): Abundant, Common, Rare, Epic, Legendary and Mythical.

The shiny levels are Stone, Gold, Stardust, and Antimatter. Based on their shiny levels, NFTs will increase in power. Each NFT can be upgraded to a new shiny level by sending it to a smart contract accompanied with some Trilium.

In return, the smart contracts will send a new NFT back to the player with a higher shininess.

Alien Worlds is not built on just one blockchain. It is built on 3 blockchains, which are WAX, Ethereum, and Binance Smart Chain.

Trilium ($TLM) is the native utility token of the Alien Worlds metaverse and users can both store their mined Trilium on their preferred chain and use it for the game (BSC and WAX).

$TLM has the following use cases: