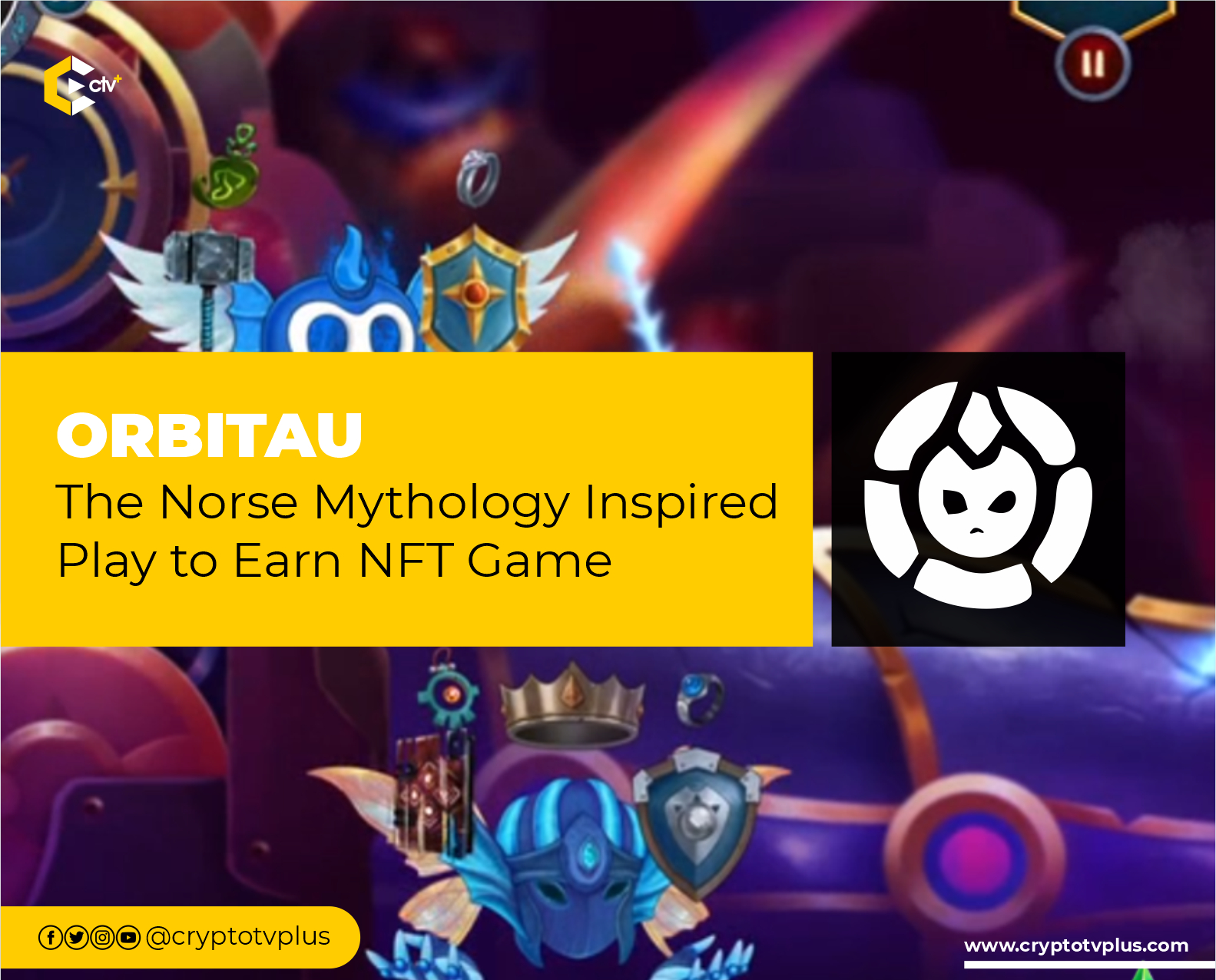 The application of Blockchain technology in games have revolutionized the mechanism of gaming and the industry. Gamers’ engagement and resources are rewarded for tradable earnings. Most Projects believe that GameFi is the most efficient approach to reach a large prospective user base. Taureum, a Blockchain-based project, just believes the same as most projects.

Taureum is a platform utilizing Blockchain technology in rolling out NFT games, characters, music composition, and digital art collectibles. The Taureum ecosystem is designed to give users exclusive right to their properties which they can use in the metaverse as in-game assets, or tradable commodities in the marketplace. They could either hold or use them as collateral for financial purposes.

Users in the Taureum ecosystem are not restricted to a single planet but can access the metaverse and enjoy any reality through a variety of games and DApps. Taureum aspires to develop engaging, fair, and transparent games that contribute to the NFT and gaming community by leveraging the power of cryptography and blockchain technology.

The platform focuses on establishing a streamlined and user-friendly Decentralized Finance Ecosystem, which will include an NFT Marketplace being the key medium and the TAUM Token as a circulation currency, the foundation of the Taureum economy.

Orbitau is the first game in the Taureum ecosystem, it is an adventurous turn-based idle combat/socializing game inspired by European mythical tales; Norse Mythology, and The Seven Deadly Sins.

Orbitau is developed by Unity and built on Binance Smart Chain. Players have the freedom to customize their characters, tweaking the character appearance and stats to their choice, these characters are unique NFTs that players can trade in the Taureum marketplace.

A GameFi audience between the ages of 16-35 years old who enjoy war games is Orbitau’s target audience. Orbitau gamer type is 60% play to earn and 40% casual and its geographical locations include Vietnam, China, the Philippines, and Brazil. Orbitau’s average cost of entry is $300 to $500.

Taureum is community-driven, therefore pushes to build a strong connection with users leveraging different social media platforms utilizing two main community strategies which focus on these categories of users: investors who want to make money and gamers who just want to have a good time.

Ore: (Ore’s Son) Changing the Monarch of Ore’s decisions is practically difficult because he is the unchangeable and eternal truth. The runes are written in a precise sequence that freezes the jewels, causing them to lose their golden tint and turn into a silver-gray block.

Blacksmiths were told to bring the newly formed blocks to the mercury lake and toss them in. After millions of such repetitions, Ore’s Egg will be formed and float out of the lake.

Ocean: (Ocean’s Son) Monarch of Ocean’s tenderness and captivating beauty aroused sacred reverence in all animals, including the gods, unlike her disobedient younger brother.

An Ocean’s Egg is rare, as it can only be found in the ocean’s deepest abyss. Ocean’s Egg is different from the other eggs in that it is fashioned like a sphere covered in water, yet it is not as fragile as it appears.

Earth: (Earth’s Son) The Monarch of Earth, being the first King to meet Odin, had no intention of believing in Odin’s promises. Only the gauntlets created with dragon fire by Dwarves deep in the foggy mountains have the power to touch Earth’s Egg, keeping their possessor alive while holding the powerful egg.

Forest: (Forest’s Son) The Forest element gives souls the capacity to protect or bind others, boost poison resistance, and even resurrect the dead. Forest’s Eggs are known as “The Sweet Fruit of the Forest ” because they are generally bright turquoise and exude sweet nectar.

Ember: (Ember’s Son) The Monarch of Ember is a powerful ruler who has built and destroyed civilizations. He is unchallenged by any race. The “Egg of the Sun” hatched by the wisest dragons, devours all the fires in its path and knows no limitations.

With these Heroes players battle the almighty Barkanz Dragon and other bosses in the game. A well-fought battle brings peace and prosperity to the Orbitau citizens. The Battle arenas are constructed using various components to symbolize each hellish realm and contain the terrifying lord of that land.

Elemental Monarchs’ Eggs are formed from a vast energy core capable of manipulating natural forces. In Orbitau, players will need a lot of luck to own a Mythical, Legendary, or even Immortal level egg. When one hatches, you’ll be the proud owner of a precious NFT that any Orbitau player would want.

Players will assume the roles of several heroes to complete tasks/ challenges that are both difficult and rewarding and also team up to do co-op tasks, form guilds, and fight each other. The heroes will correspond to five elements and will have three primary attributes: Intelligence, Strength, and Agility.

Player versus Environment Gameplay: Players can take up in-game quests and challenges while exploring adventures and missions in the metaverse. Tower training is an amazing selection in the Orbitau PvE features.

In the story, players will go through towers of increasing complexity according to their current power level, they will as well receive high-value rewards while conquering the lands.

Pet breeding is part of players’ tasks, upgrading the pet to a more rare type could even be more fun. Heroes can be combined and upgraded in the immersive PvE experience where users can enjoy the mythical works of Orbitau.

Players start with three heroes, each with their unique set of skills, which they can freely upgrade and organize to develop the most effective plan.

Player versus Player Gameplay: this game feature allows players to fight against each other or collaborate to complete tasks. PvP gameplay includes PvP, guild quest, and dungeon co-op.

NFT Marketplace: players can trade their in-game assets or exchange them with other players. Stats and character upgrade tools are bought in the marketplace. The marketplace is an exchange gateway for Orbitau in-game assets. Pre-sale, weekly events and trading on the NFT marketplace are all ways players get their hands on heroes, pets, and lands.

Combination and upgrading mechanisms exist for heroes and pets, allowing players to design their own unique NFTs. The marketplace allows players to access amazing arts, unwind, and learn how much they will be rewarded for their efforts in Orbitau.

Primary story quests (PvE) and exchanging NFTs on Orbitau marketplace will be the main sources of earning for players. Guild and co-op activities can also provide players with one-of-a-kind items and attractive awards.

In summary, Orbitau will have its core gameplay to be Story Quest, Guild Activity, Co-op, PvP, Marketplace, and Staking/Farming. Orbitau invites players to participate in a variety of gaming activities in addition to completing primary story quests to foster an active and vibrant Orbitau community. The quest list will be updated daily, and players will always be rewarded for their efforts. A portion of the story is also revealed through the daily quest. Players will face tougher obstacles and gain more rewards in addition to the daily and weekly quests.

The Orbitau project’s core team, F6 Galaxy, consists of individuals with more than 11 years of expertise in technology and business development and has brought the project in partnership with DEO Network, AU21 Capital, Lavender Capital, Icetea Labs, and many others.

Players will be rewarded with the game utility token, $ORI. $ORI is earned when players complete tasks, dungeon co-op, and PvP. ORI is used to upgrade heroes and pets, pay fees and taxes, like Land taxes, Dungeon fees, and PvP fees.

The Orbitau governance token is $TAUM. $TAUM is used for purchases in the marketplace and important events, $TAUM gives holders governance and voting right.

Players earn TAUM via staking, special events participation, and ranking high in leaderboards. TAUM holders will have the opportunity to vote on whether or not a new feature for Orbitau should be developed.

The vote will be cast on a pro-rata basis. As holders vote on the adjustment of the reward multiplier, the allocation rate will adjust accordingly. The reward multiplier is adjusted to ensure game balancing in a way that will attract newcomers.

The value of the governance token TAUM will be protected through a variety of mechanisms: A fraction in the percentage of NFT presales is burned in tokens, buy-back into the ecosystem, Investors’ strong partnership, and marketing activities.