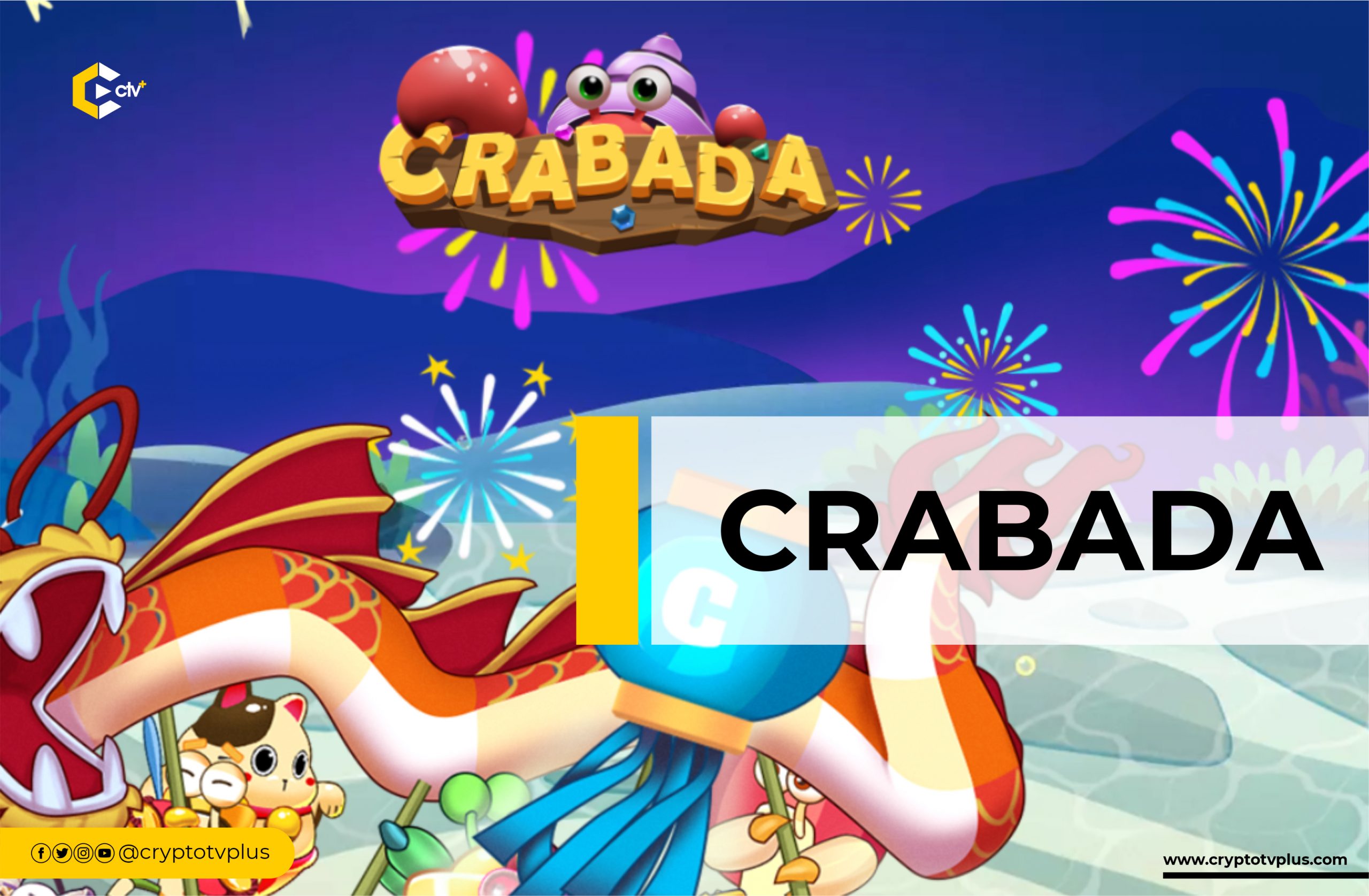 Crabada is an idle play-to-earn game that hosts hermit crabs with fierce fighting skills. It is based on the Avalanche Blockchain. Each crab is an NFT and is called a Crabada.

Crabada is described as “powerful warriors from a past era”. Each with unique strengths and abilities which are inherited through breeding.

There are three tokens or assets in the Crabada economy:
– The Crabada (NFT Assets) is an ARC 721 crypto asset type. There are 64 Breed Types in total.
– The CRA (Crabada) is an ARC 20 crypto asset that is the governance token.
– The TUS (Treasure Under Sea) an ARC 20 token is the in-game currency earned via playing the game in the form of Mining, Looting, and Lending Crabada via the Tavern. TUS can only be obtained exclusively through gameplay.

On the Crabada Economy, you will be able to:
Mine – Deploy your forces to mine for valuable treasure, and thrive in the prosperous rediscovered undersea Kingdom!
Loot – Raid other players that are mining and claim your rightful share of the treasure! But beware of grudgeful enemies!
Breed – Only the strongest survive! Breed and grow your own forces from descendants of The Golden Crabada Era.
Battle – Start your conquest! Acquire new lands and resources. The world is your oyster. (Coming soon)

Gamers are incentivized for their playing time using two tokens, each with a separate utility. $CRA is the game’s governance token earned through staking activity or by playing the game itself.

Treasure Under Sea ($TUS) is Crabada’s second token and serves as an in-game currency earned while mining, looting, and leading crabs during the gameplay. Both tokens became popular as investment options for investors, given their gaming utility.

Like most games, Crabada requires players to purchase a set of three crabs for partaking in each battle. Players with more powerful Crabada NFTs can defeat other players by deploying unique skills. Each player can boost their crabs using the in-game currency— $TUS.

Since its inception, the daily active users on the game have been increasing, which also points to the growing adoption of the Avalanche network.

DappRadar pegs the number of active users in the last 30 days at over 4,000, with over 2 million transactions done within the same period.

According to the roadmap, the game’s developers have planned a series of developments for 2022, including its availability on mobile platforms, land ownership, and a marketplace for 2022.

Players will engage in battles across various platforms once the cross-platform battle mode is introduced.  It also plans to release a layer two private chain among other features. Crabara aims to release the Battle Game.

The Battle Game Protocol is now available on Windows, MacOS, and Android Devices but in demos. You can access the game here

This is Why $LUNA is Pumping Massively

[…] model to attract thousands of players to their games. Popular games like Axie Infinity and Crabada leveraged the play-to-earn business model to become the most sought-after P2E games on their native […]

[…] Crabara, Avaxtars, YieldHunt, TaleCraft, Avax Wolf Game, and Dragon Crypto Gaming are some of the top Metaverse projects on the Avalanche blockchain. You can check the full tokenomics here. […]