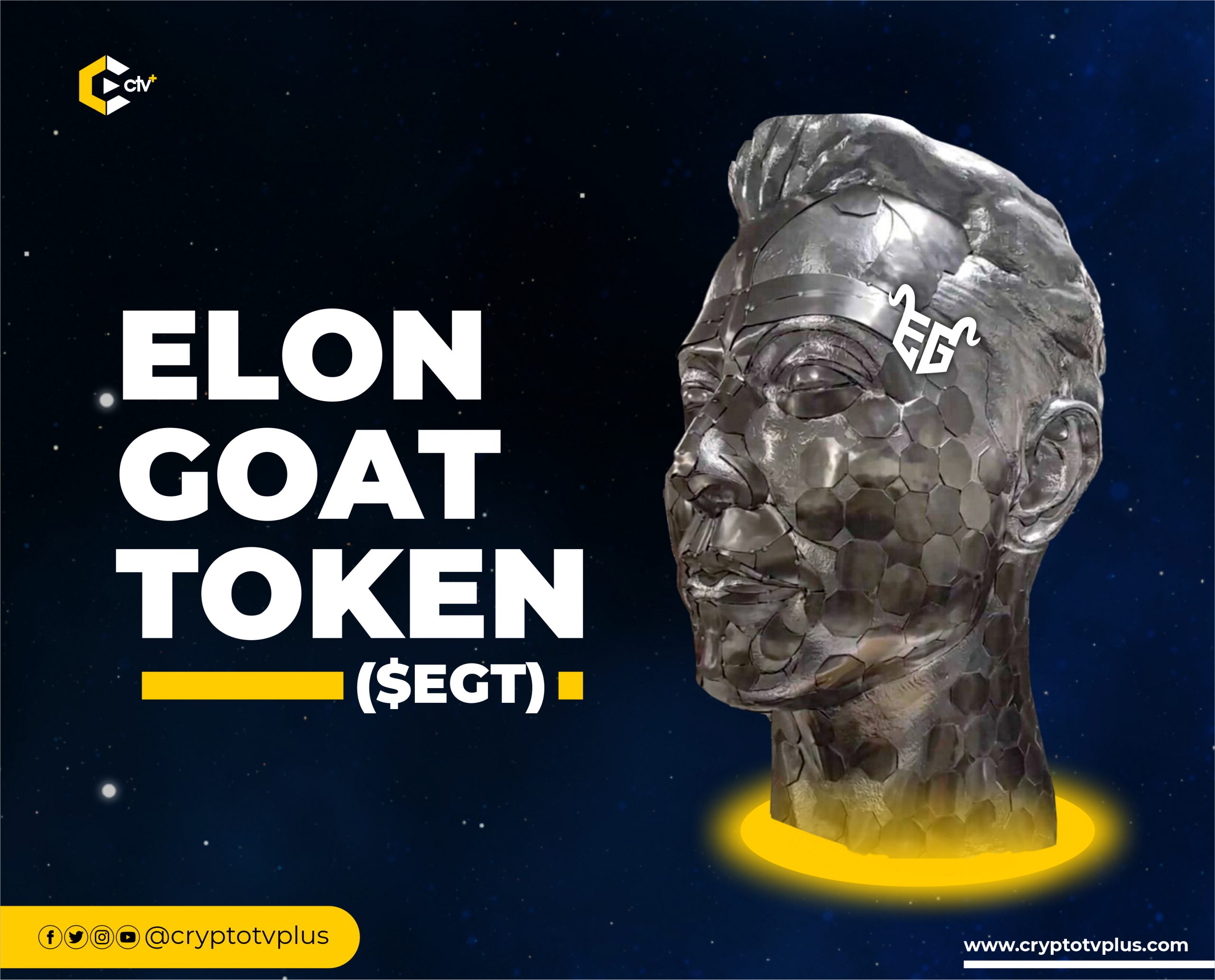 If you’ve been in the crypto space for a while, you may have come across various meme coins with names such as Elonomics and Dogelon Mars. All these names have been attributed, in one way or another, to the CEO of Tesla and SpaceX, Elon Musk. Elon Musk has been a prominent figure in the cryptocurrency space, as we saw how the price of meme coin, Dogecoin (DOGE) soared after Elon tweeted about accepting it as a means of payment for Tesla. In addition, Elon Musk’s influence and contribution in the tech space cannot be overemphasized.

Elon Goat is funded from the small tax its buyers are paying on each transaction. The main idea behind this statue/monument is to capture the greatest transfer of wealth in its entire history. Just like most statues are built to create indelible and timeless memories, the creators of EGT want to immortalize and celebrate the existence of the most innovative and wealthy man of the 21st century, Elon Musk.

Despite the fact that the Developers behind this Elon Goat Token are anonymous, one man whose name stands out is Ashley Sansalone. Ashley is a US-based Expert in Construction and Marketing. He believes in the idea that Elon Musk is a crypto legend, stating that he moves the global crypto markets. Gaining his attention is a huge deal and that’s what the EGT Team plans to achieve.

“When the Elon Goat is completed, we are towing it to Tesla and demanding that Elon claim his GOAT! The Elon Goat Monument will serve as an anchor to the token and as a tribute to the crypto community”

On Friday 18th February 2022, The CEO of CryptoMasterclass, Tola Fadugbagbe, under the aegis and auspices of Cryptotvplus, hosted Ashley Sansalone on a Live AMA Session to discuss some prospects of the Elon Goat Token.

ICYMI. Watch the video below…

US Tech Billionaire Says Govt Should ‘do nothing’ about Crypto

Elon Goat $EGT to Release a Blockchain based PlayToWin Game

Elon Goat – A Monument for the “GOAT” of the 21st century? – Kimkia Crypto

Elon Goat – A Monument for the “GOAT” of the 21st century? – Alt-Currency Earners Club