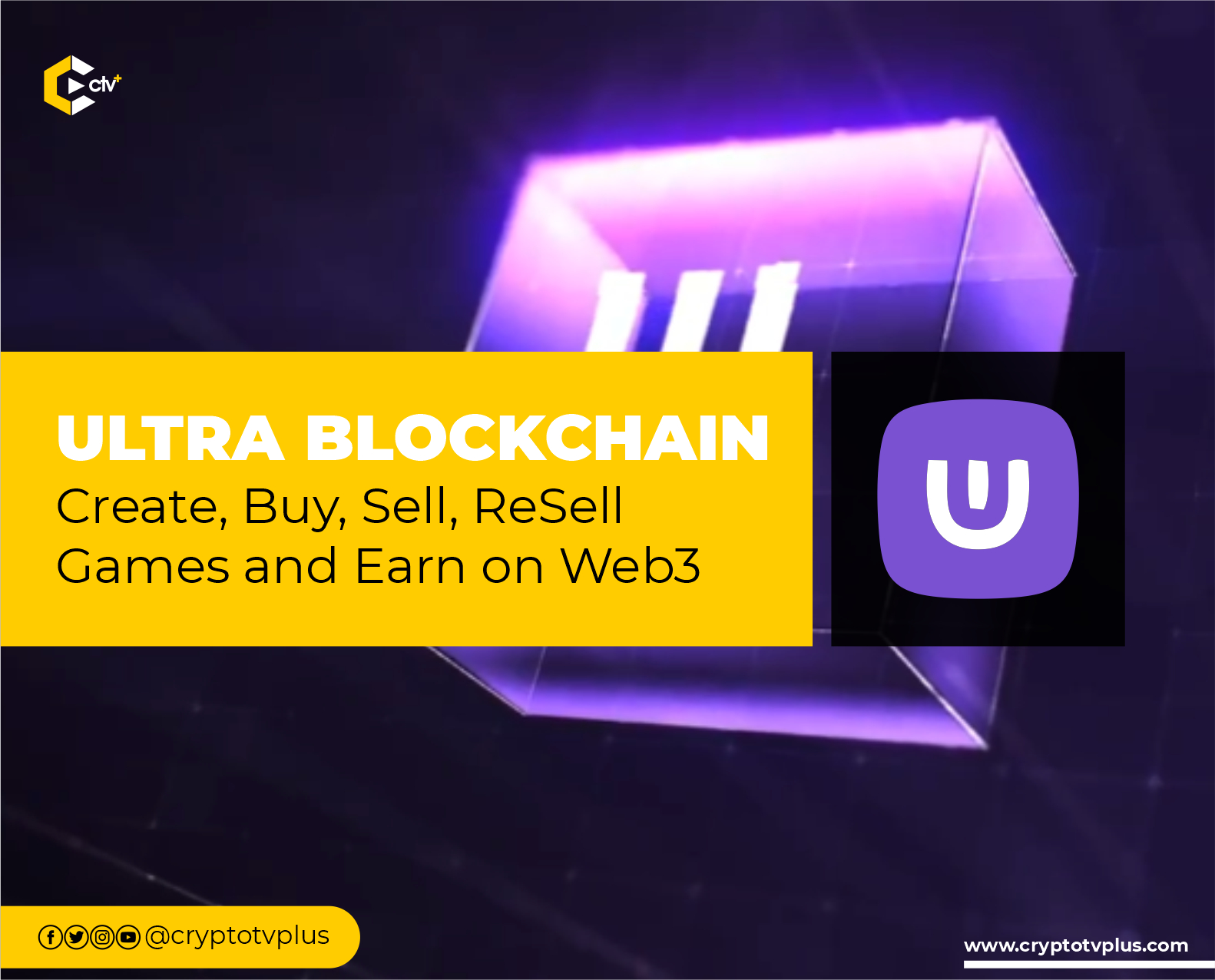 The monopoly of game sales and development held by Steam, Google, and Apple in the gaming industry has made it difficult for game developers to create and gain from their assets.

Apart from game developers, gamers are also looking for suitable platforms where they can play games. Epic Store came in to offer lots of games for users to participate in. However, players are forced to buy games from Epic to play.

Ultra is poised on solving these differences between platforms, game developers, and users. On Ultra, developers can create games, import games, and enjoy profits from their creation.

Ultra is a blockchain platform dedicated to the publishing of video games and video game content. The platform gives both developers and gamers an equal chance to experience the best gaming features as well as monetize assets created.

This unique platform offers more than gaming experiences. “Besides content and game publishing,” says the Website, “Ultra offers a demand-side and service-side platform for advertisers, the opportunity for players to resell their used games, and a platform-exclusive app.”

How Does Ultra Work

Unique Technology SDK is a special digital tool that allows developers to create games as well as port projects and games from other platforms to the Ultra ecosystem. Developers are also provided with great marketing tools to deliver their products.

Ultra platform has a Marketplace where games are traded between gamers and users or investors. In the structure are a library section and social features that aid the sale of assets.

Mobile gaming is tagged as the future of gaming and Ultra has covered this aspect with its Ultra GO (mobile companion app). It gives users access to buy games, play games, read news, and chat.

Reselling Option for games is also another unique feature in the Ultra platform. Gamers who buy games can resell them immediately as they are given the right to do so. Ultra is pioneering this in the blockchain space.

Token factory in Ultra gives content creators the ability to design the services users of their tokens get by using the token. The Cross-platform game library of Ultra is an advantage for gamers making sure that they don’t lose their libraries while transiting to Ultra.

Ultra’s technology is entirely built on the EOS system. It is a “blockchain-based platform that enables the development of business applications, or DApps.,” according to Shobhit Seth of Investopedia. This makes Ultra have high TPS, negligible transaction fee, interoperability feature, and smart contract utility.

As a blockchain, Ultra needs producers of blocks. These blocks build up the platform. Here, there are two kinds of Block Producers: Technical and Corporate. The former are individuals experienced in block production controlling the main net while the latter are global corporations with the same mission.

In the Ultra ecosystem, there is an Advertising Mechanism that is specially designed for targeting gamers. It will be used by advertisers to target gamers to play or buy or carry out other activities with the products advertisers want to promote.

Ultra Miner makes it possible for altcoins to be mined depending on the setting of the miner. When these altcoins are mined in Ultra, they can be sold for UOS equivalent on exchanges.

In terms of community-focused actions, Ultra thinks differently about the notion of burning.

The @ultra_io team does not believe in burning $UOS tokens.

Why 🔥 value when those tokens could be used to fund exclusive games and services, which grows the platform, adds value for everyone in the ecosystem, and creates a positive feedback loop. $WAX $SOUL $ENJIN #NFT pic.twitter.com/mpEOicXBGW

Company reserve (10%), Private sale (9.54%), and IEO (10%). There are several ways to earn OUS including participating in beta tests, watching ads, curating games and more, reselling games, and referring friends. UOS token serves as both a governance token and for payments. You can always check the metrics of OUS here.

There will be staking on the Ultra platform, although it will take a different form to most other cryptocurrency projects. All types of users will be able to stake UOS on the platform, but instead of being rewarded in tokens, they receive rewards in the form of additional benefits, access, and giveaways that enrich their experience and usage of the platform, and that are tailored to the type of user.

Challenges and Road Map of Ultra

The first challenge that plagued Ultra was the delay of the launch for about a year. For a project to start that way, it’s a negative. Another challenge with Ultra is that the OIS token can be traded in not more than eleven exchanges.

The competition also comes in here for Ultra with Google, Apple, and Steam as the top competitors alongside other blockchain platforms specialized in-game launches like NearPad, StarTerra, and BSCPad.

The Ultra platform has been in development since 2017. A successful mainnet launch will go a long way in showing its potential disruptiveness.

Team and Partner Behind Ultra

David Hanson and Nicolas Gilot serve as Co-Founders and Co-CEOs. David is skilled in Project Management, Game Design, and Game Architecture with good experience as an entrepreneur. Nicolas, another entrepreneur, is good at Mobile Games, Sales Management, and Data Analysis.

Edward Moalem, who has spent more than two decades in the technology and gaming industry, is the Chief Strategy Officer. He has worked with Google and Apple. Ultra’s Chief Technology Officer Michael Dunn, worked in the same capacity at Dell and Time Warner. He has specialties in Mobile Development, Augmented Reality, and Blockchain.

Ultra truly bears the name. Features in this network are uniquely designed for the gaming world. The mission ok he Whitepaper illustrates what the project is all about:

“Our mission is to build a first-class PC game publishing platform and ecosystem that puts an end to the current distribution monopoly by providing new opportunities to game developers, players, and influencers.”

With Ultra, gamers and streamers are all up for one of the best networks out there.