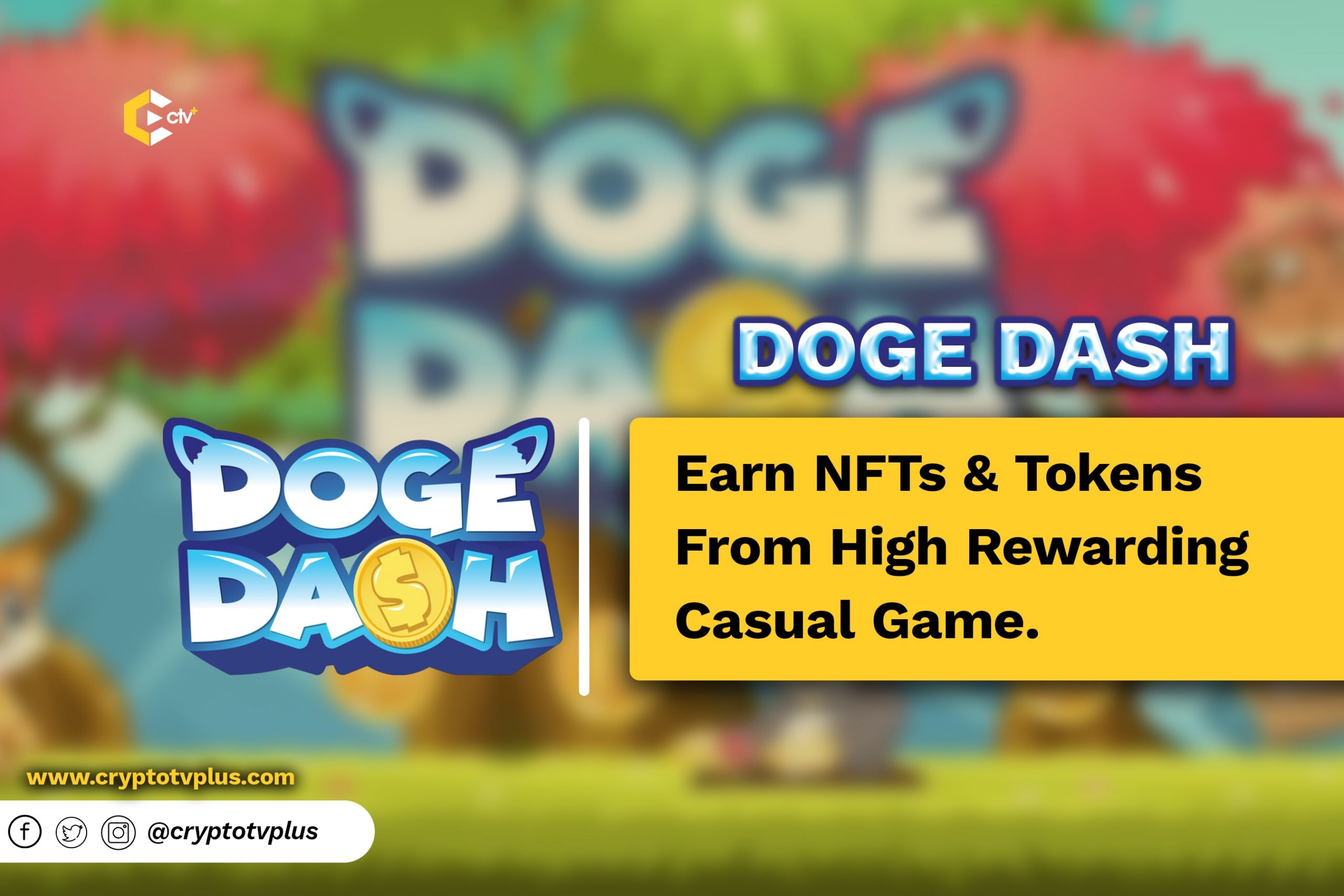 There are gamers that are still nostalgic as regards one of the oldest and most popular games ever- Super Mario. But it seems they have found a makeshift solution to that issue which is an intriguing game known as Doge Dash. This game is actually for classic games, blockchain technology, crypto, and play-2-earn lovers. It was launched on December 4, 2021, by Paul Caslin.

Doge Dash is a new fast-paced game from Doge Studios that allows players to take little control of a cute golden-colored puppy and try to get it to level 10 unscathed to be able to keep their coins. Doge Dash is a simple and impressive Pay-To-Earn fast-paced game. Many gamers might see it as a Super Mario-inspired game because it takes a lot of inspiration from it. From jumping on enemies, collecting coins, and entering new levels, it is a replica of Super Mario.

The game can be played on the browser, or mobile by downloading it from the Appstore or Google Play Store. It may not be free to play, but it also doesn’t require players to acquire an NFT to play.

The ultimate goal of the game is for gamers to stay alive and be able to collect as many coins as possible on each level. It has 10 levels, each with an increasing degree of difficulty. Completing all 10 levels is necessary to win.

Gamers need to purchase some DASHES using cryptocurrency to play. DASHES are basically like entrance tickets. Before starting, they are given a choice to play either in easy, medium, or hard mode.

Easy gives 3 lives, medium 2, and hard only 1. Asides from that, the way the mobs and the stages are designed, are particularly more difficult to move around. The way the stages work is that players must be able to navigate their way over and under platforms while dodging and avoiding enemy animals, monsters, and even zombies. The stage is completed when the dog reaches the finish line.

How To Earn On Doge Dash

To start playing and earning, visit dogedash.com, or directly to portal.dogedash.com. The game requires the connection of a Metamask Wallet using the BEP20 or the BSC Network. Gamers need a minimum of 100 Doge Dash Tokens to play, each playthrough costs a DASH ticket which costs exactly 100 tokens. More tokens can be earned by playing and winning.

Gamers can also earn by Liquidity Pool Staking. Details and guide on that are on their official medium account.

How To Earn NFTs on Doge Dash

The game has a lot of NFTs in the mix. There is a collection of 10,000 unique Doge Dash NFTs that started minting on the 4th of December, 2 021, and are the only ones that are ever going to be. At the moment, there are more than 4000 of these NFTs that are on sale at Opensea.io.

All NFTs are playable skins, and there are also different rarities for these NFTs. Rare NFTs will have special abilities that bring incentives to owners whenever they use them in-game. There are 3 of these special abilities: Extra lives, Super Jump, and Double or even Triple Rewards.

Doge Dash Coin’s (DOGEDASH) market price is $0.0002504 at press time. It is available for purchase on Binance Smart Chain(BSC), and there are some steps to take to buy the token.

How To Buy Dash In The Uk? - ledhtc

How To Buy Dash In The Uk? - Fundação Piedoso