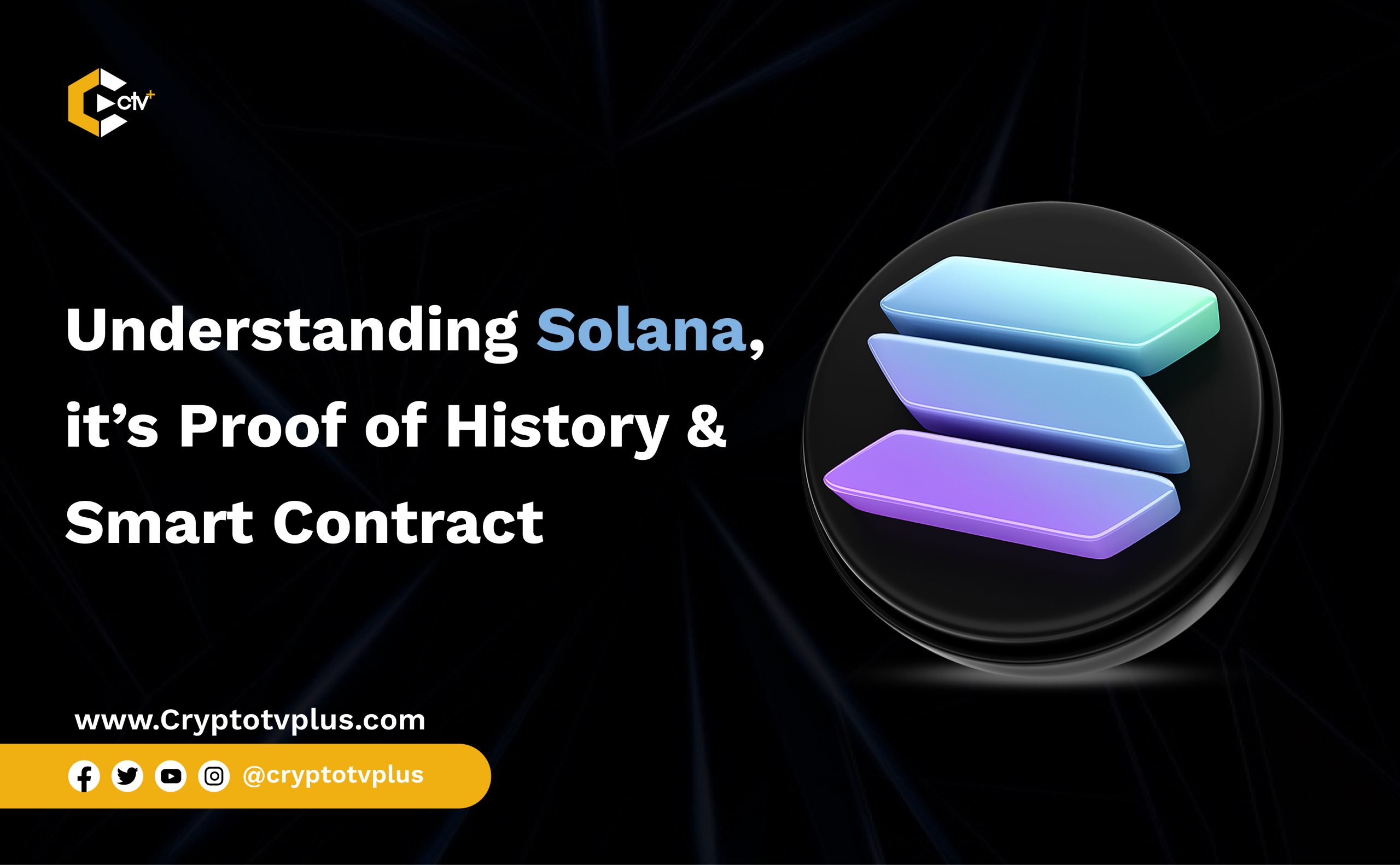 Solana is a blockchain platform that has been designed to allow decentralized applications to scale. It combines both proof of stake PoS and proof of history PoH to achieve consensus.

The Solana Foundation is based in Geneva, Switzerland and still  maintains the open source project.

Solana is an open source project that is implementing  a new, high-performance, permissionless, fast and swift blockchain technology. Solana was founded by Anatoly Yakovenko in the year 2017. He started by  publishing  a whitepaper describing how the blockchain works on the Proof of History, a technique/mechanism for keeping time between computers that do not trust one another.

This project was conceived when Anatoly  noticed the challenges Bitcoin and Ethereum blockchain face on a daily basis where they cannot perform more than 13 transactions per second throughout the world. This issue of scalability probably looks ridiculous to him  compared to the centralized space where thousands of transactions are performed per second.whereas there is actually a way to go about it.

The Solana Blockchain aims to demonstrate that there exists a set of software algorithms that, when combined together, eliminates software as a performance bottleneck, enabling transactions to scale according  to the network frequency. Solana’s architecture satisfies all three desirable attributes for a blockchain: scalable, secure, and decentralization.

The outcome of these attributes  is that the network is never delayed, and can continue producing at lightning fast speeds despite variations caused by block producers.

Proof of History (POH) is a powerful mechanism that unlocks network speeds heretofore unseen in blockchain technology. Proof of History makes solana the first web-scale blockchain with transactional capacity that corresponds to the modern internet.

Proof of History is a chain of computations that can provide a way to stylishly authenticate the  passage of time between two events. It uses a cryptographically secure function written so that output cannot be predicted from the input, and must be completely executed to generate the output.

Solana is a third-generation blockchain that allows an arrangement of DeFi solutions, including the development of decentralized applications (DApps) and smart contracts. Unlike other blockchains that require validators to talk to one another in order to agree that time has passed. Solana uses a hybrid consensus algorithm that combines proof-of-history with proof-of-stake, enabling the network to carry out up to 50,000 transactions per second (tps).

Solana’s PoH algorithm uses cryptography to establish a trustless source of time for the system while maintaining the network’s degree of decentralization.

Proof of History is a high-frequency Verifiable Delay Function (VDF) that takes some number of steps to evaluate but provides a unique result that can be publicly confirmed to the point that if every computer runs at a slightly different speed, the ASIC will stay within 30% of what is bound in the network.

It runs in parallel with its PoS layer. This allows nodes to create their own timestamps, with the leader of each node sequencing messages while others process transactions. Once transactions are sequenced and have been received from the leader node, the validators then settle the transactions and publish their signatures as soon as they have confirmation.

As it has been emphasized that the main purpose of solana is to solve the issue of scalability,and to support all high-growth and high-frequency blockchain applications and to democratize the world’s financial systems.

The main innovation that supports this network is the Proof of History thereby creating a historical record that proves that an event has occurred at a specific moment in time. For any transaction to take place in a blockchain, it basically needs a smart contract.

Smart contracts are simply programs stored on a blockchain that run when a fixed condition is met. They are  fundamentally used to automate the execution of agreements between network stakeholders such as; creating  digital assets, or supporting organizational processes so that participants/users can immediately get feedback, without any intermediary’s involvement or time loss.

So also is the Solana smart contract, from a user’s point-of-view,  it works a lot like a vending machine as all you need to do is select the product you’d like to have, such as a contract, ownership form, or anything else. Once you’ve entered the right amount of digital currency, you’ll get the product delivered right to you.

The comparison between ethereum and solana has been raging since after the official launch of solana blockchain in 2020. This comparison was as a result of solana’s promise to lower transaction fee and increase its transaction speed that of  which ethereum cannot provide,although it aims to achieve that using its Ethereum 2.0

While the two blockchains have certainly had their fair share of fans and supporters, Ethereum overule as a blockchain that offers a much more transparent and advanced ecosystem. Notwithstanding,there are certain differences why solana is better.

Unlike solana, the current ethereum relies on a Proof-of -work model just like the model used by the Bitcoin blockchain where the blockchain network is secured by miners.  In order to validate transactions, they must solve some compound task making this technology more energy intensive and hence detrimental to the environment. This simply implies that Proof-of -work  that Ethereum relies on is not enough to maintain a smooth running blockchain.

The Ethereum 1.0 can process roughly 13-15 transactions per second, which does not make it the fastest blockchain. No one wants would see a better and fast way to go about a particular thing and do not go for it. However, ethereum 2.0 promises to do better with the help of some other network such as state channels, sidechains, Plasma (Polygon), Validium and many others.

Ethereum delivers a very mature and more developed DeFi ecosystem. Also, because of the protocol’s age, it has gone through various forks and changes, all while remaining decentralized. Solana is new on the block and offers faster transaction times at lower costs.

[…] It is developed for PC and iOS users while the android version is planned for later.It a game developed in Unreal Engine and built on the solana Network. […]

[…] is a format or rule that controls how nodes of a blockchain verify transactions. Bitcoin uses PoW; Solana, PoS, and Fantom, Lachesis, a hybrid of […]

[…] lot about consensus for example Proof of Location, Proof of Stake, Proof of Work for Ethereum, and Proof of History of […]

[…] fun while playing games – play and make some money. But have you heard of Move-and-Earn games? Solana is the home of this innovation that is changing how gamers and users will interact with Web3 […]

Aurory: Play, Catch and Earn on this GameFi challenge - CryptoCompass

[…] Mission, a solona– based mostly  blockchain gaming studio is a play-to-earn desktop sport the place gamers are […]

[…] Play-to-earn games like Axie infinity. One of these is the Aurory Project.Aurory Project, a solona– based  blockchain gaming studio is a play-to-earn desktop game where players are being […]

[…] applications than just as the foundation of the production of digital currency. Today, there is Solana, Cardano, Harmony, Ultra, BSC on which there are so many everyday […]