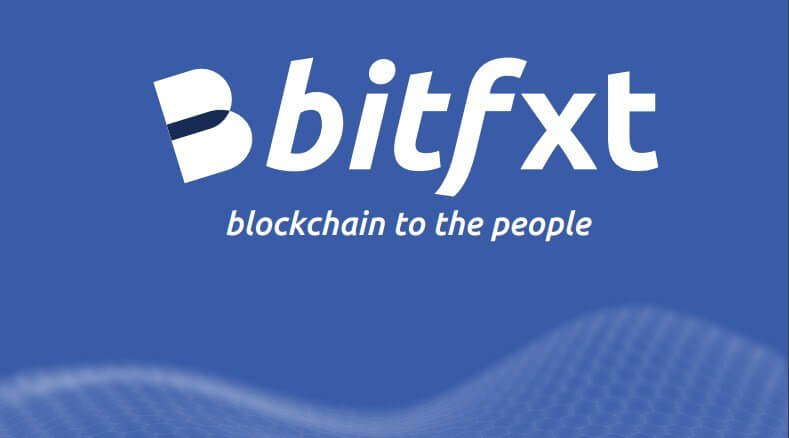 The news has been making the rounds recently and it’s Bitfxt, a homegrown cryptocurrency startup raising as much as $15 Million necessitating the jamboree of publication especially from Tekedia where it was described as the “Black Swan” by Prof Ndubuisi Ekekwe.
Cryptocurrency and the blockchain technology have come with a great wave sweeping across the world at one block at a time. Today we can easily send value across a trustless network and expect it to get to the recipient exactly as it is. Technology has permeated our lives at such an outstanding depth. And this is the power of solutions that companies like Bitfxt Technologies proudly brings to the fore.
While we respect growth and wish the best for the industry at large, there are some elements of this deal which upon critical examination leads one down a rabbit hole. If you don’t mind let me take you down the same path
The Amount of Funding Received vs Valuation:
As a Nigerian startup of the broader African startup ecosystem, receiving $15 Million is a big deal no matter how modest the founder of such a company would want to play it.  Currently, $15Million based on the current value of the naira to the dollar is about N5 Billion.
What an impressive number. While this may appear to be ambitious, some local startups have been able to raise some decent amounts over the years. The contention is therefore the amount the firm was valued.
It’s standard practice for a firm to be able to raise such a large amount of funds, the firm has to be valued at an impressive number. However, the statement released by the firm didn’t quite show the valuation used.
The Investors:
According to the PR, Bitfxt Technologies secured $15M in funding from a UK syndicate of Hedge Funds and UK Company, Payitup Clearinghouse Ltd (UK).  The PR also showed that Bitfxt Technologies has “concluded an Agreement with the “syndicate” to extend a $125M Revolving Margin Facility for all its traders to leverage their position for a higher gain.”
Also posted on the twitter account of the firm.

Furthermore, Bitfxt has also concluded an Agreement with the syndicate to extend a $125M Revolving Margin Facility for all its traders to leverage their position for a higher gain. #blockchain #bitfxt
For more information, please READ: https://t.co/I5lUjIbUd9 pic.twitter.com/KVuggl6sdI

For those wondering what the fancy word “Syndicate” might mean, it stands for  group, association and/or collective, therefore Bitfxt Technologies received funding from a group or collective of Hedge funds and Payitup Clearinghouse Ltd based in the United Kingdom.
The Press Release was published on the 13th/14th of February, 2020 by the several indigenous media organizations not excluding CryptoTVPlus (which has since been retracted). Since the groups of Hedge Funds were not disclosed, one is left to look into Payitup Clearinghouse Ltd (UK).
Searching on Google for “Payitup” shows that Payitup is a Zimbabwean fintech company that received funding of $13Million in the second quarter of 2019. According to various commonplace publications on the internet, the investor was Thawer Fund Management which  invested in Payitup in a series A round. However, a crunchbase.com page revealed that it was Thawer Capital Management UK that invested in Payitup, the Zimbabwean fintech.
This investment of $13Million in Payitup was in May 2019. Digging into the Thawer Capital Management UK, it’s revealed by the campanieslondon.com that, Thawer Capital Management UK with business registration number 09410799 ceased operations on the 20th of August, 2019 (over six months ago) after operating for five years.  The firm had two shareholders, Thawer Fund Management holding 91% shares while Mr. Rahim Thawer himself holds 9% shares. A lookup on the website of the two organizations (Thawer Fund Management and Thawer Capital Management UK (www.thawerlp.com) shows it’s no longer functional.
Quick Finds:

The Players
A Google search on Payitup Clearinghouse Ltd (UK) brings the records of the organization. Payitup Clearinghouse Ltd (UK) has its registered office at 71-75 Shelton Street, Covent Garden, London, England, WC2H 9JQ. According to the UK government’s website, the firm is currently active and was registered as a private limited liability company on the 18th of September, 2019. It has not completed a full accounting financial year. Based on the information on the website, there have been four officers with two of them resigning not long after the incorporation of the company. Officers of the firm are:

This evidence therefore positions Thawer Fund Management, Thawer Capital Management, Zimbabwean Payitup firm, Payitup ClearingHouse Ltd (UK) as related organizations.
How Does This Concern Bitfxt Technologies?
One of the first articles that independently  reported the funding was Zimbabwean blog technomag.co.zw. The article has been deleted but it read “UK based Zimbabwean company @Payitup which recently got US$13 Million funding from UK’s Investment Fund, Thawer Fund Management, LLC has acquired a significant stake in one of the biggest blockchain companies in Africa, Bitfxt”.
https://technomag.co.zw/2020/02/13/zim-startup-acquires-stake-in-a-nigerian-company/

UK based Zimbabwean company @PayItUp which recently got US$13 million funding from UK’s Investment Fund, Thawer Fund Management, LLC has acquired a significant stake in one of the biggest #blockchain companies in Africa, @BitfxtE @bitfxthttps://t.co/vLVtvcehya pic.twitter.com/M7IHNbrIT7

According to a chat with the CEO of Bitfxt Technologies, he dismissed the veracity in the article as “WRONG” and nothing but a leak hence its retraction. He also claimed that Bitfxt Technologies is sister firm to Payitup Zimbabwe.
After this publication, Bitfxt released its own Press Release through several media organizations saying it had received $15M a UK syndicate of Hedge Funds and UK Company, Payitup Clearinghouse Ltd (UK).

There are questions that require answers. Questions such as:

Could this indeed be the funding that breaks the Central Bank’s back and puts Bitfxt Technologies as the Black Swan dwarfing any other innovative idea within its niche? Well, this is just another question that requires an answer as well as the other burning questions any well-meaning company should answer in its bid to ward off speculations and the roving eyes of regulatory crackdown.
Just as the CEO of Bitfxt Technologies said in our chat, “…an official press release will address these concerns” We await.

How to Detect Cryptocurrency Scam

Nigeria Hate Speech Bill: A Validation of the importance of Censorship Resistant Platforms