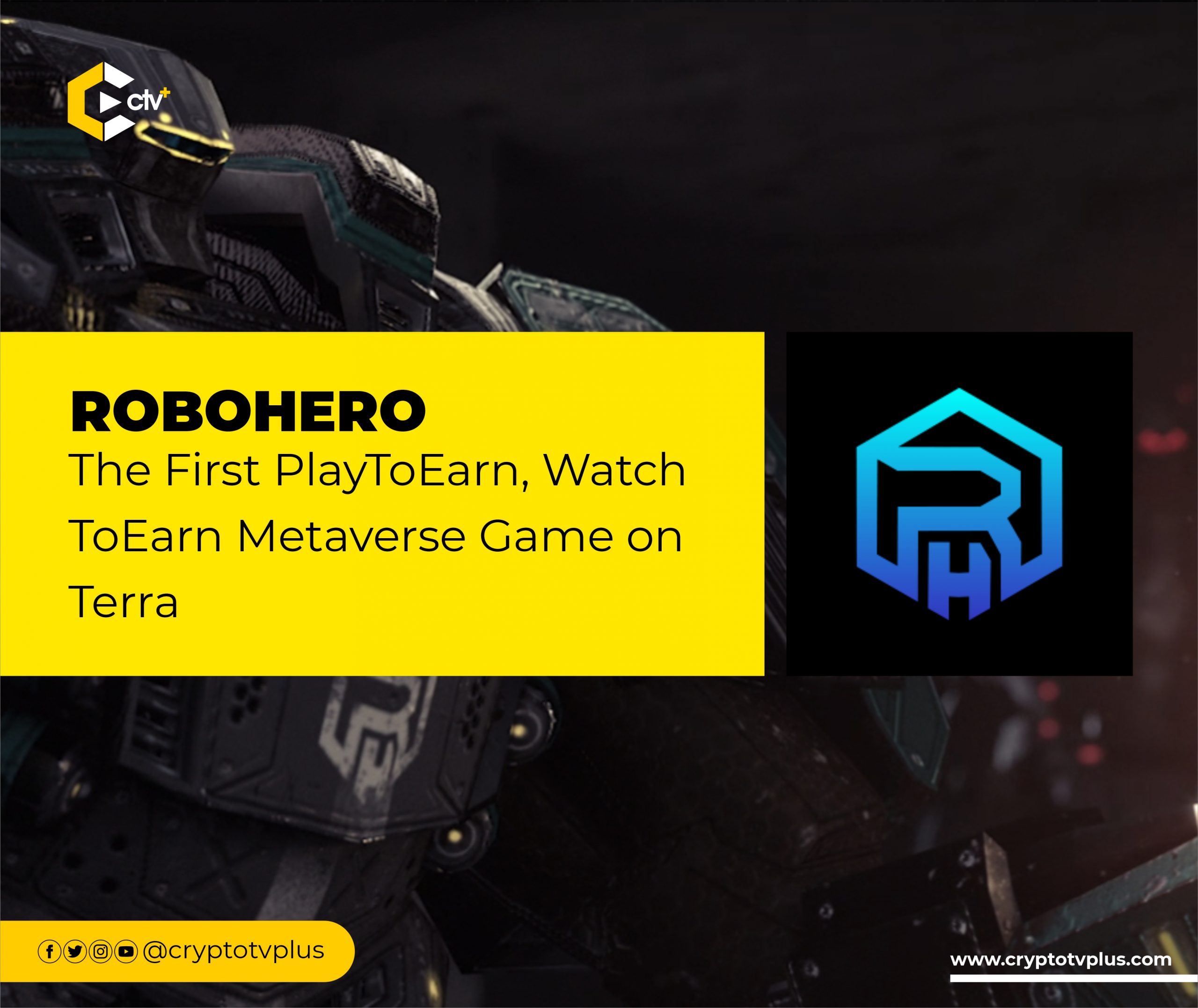 The gaming industry has grown so much in years, and with the invention of blockchain, and the discovery of its potentials for disruption, the gaming market no doubt has felt the PlayToEarn model which basically is the marriage of gaming and decentralized finance.

From CryptoKitties to CryptoPunks, Axie Infinity to DeFi Kingdom, the world of blockchain has expanded how people play games. This has no doubt shown how much potential for growth it can have in the global gaming industry and market.

Its combination brought DeFi, and Games together where gamers don’t just play for fun but play and earn real-life value that can be spent. The founders of RoboHero are building on the unique opportunity created between gaming and DeFi functionalities. RoboHero will help improve the economics of gamers.

RoboHero is the first PlayToEarn mobile game with a metaverse built on the Terra Network where gamers can have a good virtual experience while making money.

It was developed by three blockchain professionals with insight into trading and crypto market dynamics. The game is based on the emergence of biorobots on earth with a mission to rebuild the earth after being destroyed by humans.

However, the process of building was not sustained because they realized that there was a scarcity of Luna. Therefore, each biorobot started to fight to get access to as many Lunas as possible.

As explained earlier, it is a quest to get as many Lunas as possible so that each RoboHero can survive the scarcity on earth.

To start the RoboHero game, a player needs to purchase a RoboHero. These are 3D NFTs locked up in Blind Boxes and can be bought using the native token. Players can decide as many as they choose to.

In the NFT Marketplace, players can buy the Blind Box, which contains RoboHeroes; Weapons for upgrading RoboHeroes; sell items for others to buy, and trade other in-game utilities that are needed to win battles.

There are two basic modes that RoboHero can be played: PvE and PvP. For PvE, the opponent is an AI-generated character since it’s against the environment. While PvP is against another player and requires that a player has enough Luna apart from the Robo token. All the games on RoboHero are played on a Map.

In the Movement Phase of the game, players move around the Map, and this consumes energy as the player covers more distances. During the Preparation Phase, players use special cards to boost their capacity for more activities. Then, in the Attack Phase, the battle starts. Players can attack players or a building.

Each RoboHero has special attributes that make it suitable for fighting in the metaverse. The skills can be upgraded as well as Weapons purchased to arm the RoboHero for battles. As players win fights, they earn rewards immediately, and their RoboHeroes evolve to better characters. There is also Insurance for each RoboHero so that it can be protected for about 15 days or so from any harm.

WatchToEarn is another option for users in the ecosystem who don’t have a token to play. They watch ads on the app, receive free tokens or robots, and then start their RoboHero journey.

RoboHero also has a provision for In-game Billboard Ads that can be purchased by a player. And those who hold the native token will have access to display content on the billboards.

$ROBO is the primary token of the RoboHero ecosystem. It is the utility as well as governance token for the platform. With $ROBO tokens, players can buy and sell items, access in-game features, participate in farming and staking, upgrade robots, and purchase RoboBoxes in the marketplace. $ROBO is what is used to reward players in the course of their play.

Challenges and Road Map of RoboHero

The features of the RoboHero game are exciting with a WatchtoEarn that breaks the barrier of entry for any user. However, it is not without a few challenges in the market. Games like MechaChain, Big Time, DragonVerse, and DragonSB are examples of combat-based games that are good competitors of RoboHero.

A second challenge for RoboHero will be to keep up pace with the needs of the community. The road map which is shared down is good but will require full implementation for results to be out as exciting as projected.

The road map has six stages:

Team and Partners Behind RoboHero

Jakub Stefanek aka. Crypto Loco is the CEO of RoboHero and the owner of various startups alongside a cryptocurrency exchange company. Jakub has been a Crypto Trader, Miner, and Solidity Developer since 2017. Krypto Sharks Crypto Community has benefitted from his leadership on Twitter and Telegram.

Patryk Kempiński, a YouTuber with over 50k subscribers, CEO of a crypto marketing agency, We Make It, and Wymienbitcoina.pl is the COO of RoboHero. In 2016, he got introduced to the crypto industry and has been involved in several projects.

The CTO of RoboHero is Mateusz Kula, sometimes called NoLuck. He’s been in the Crypto Industry since 2012 focusing on Bitcoin and trading. See the full list of the team here. On the list of partners with RoboHero are StarTerra, GamerHash, PlayNity, Tokenomia.Pro and Revenue Capital.

RoboHero wants the GameFi world to be accessible to anyone and easy to start playing. But beyond playing, the economics of gamers should be affected positively. “In addition to providing entertainment and fair competition,” says the Whitepaper, “RoboHero allows earning money, not only by playing but also thanks to the unique DeFi tools we have prepared for you.”