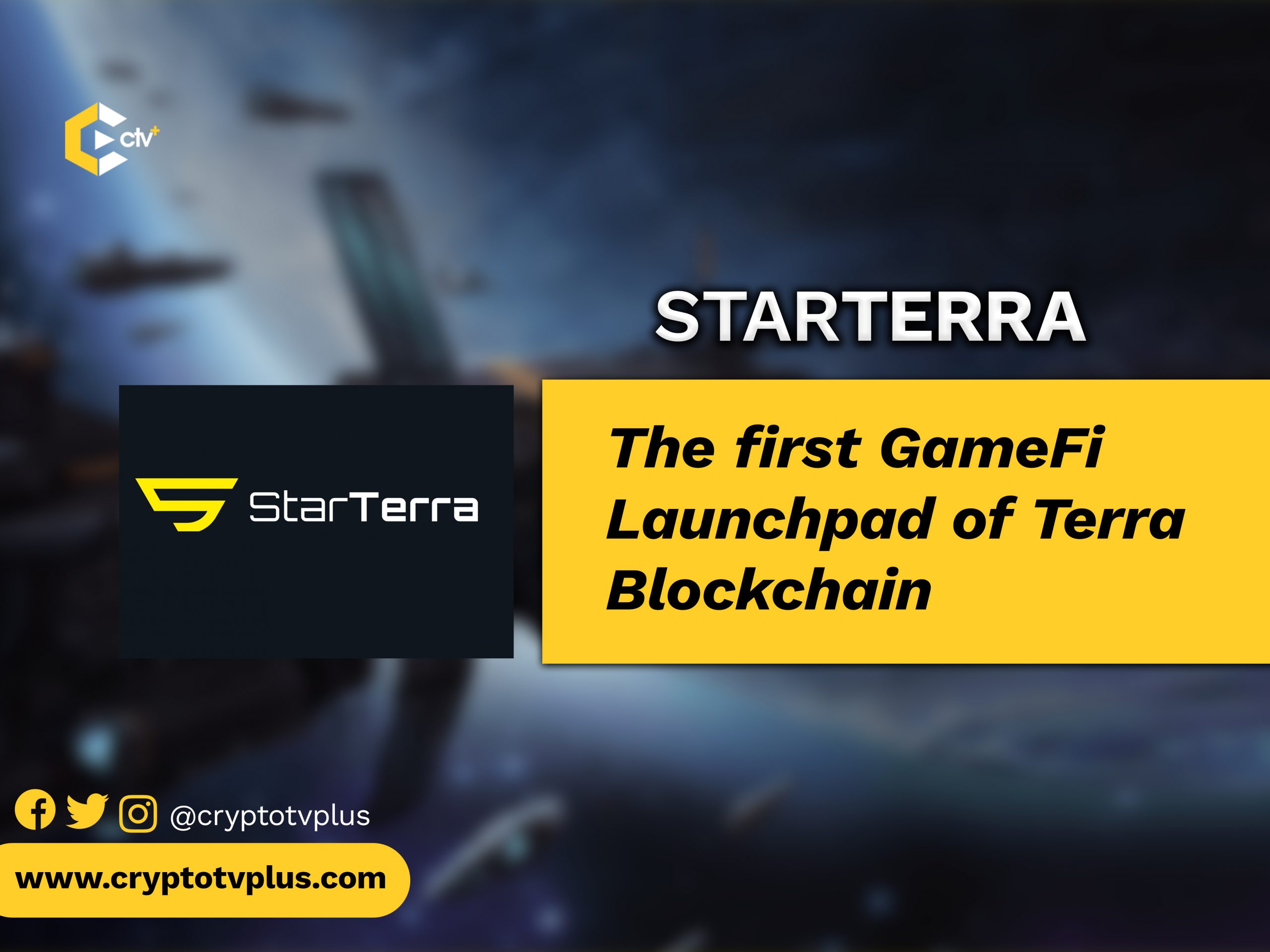 Launchpads are blockchain platforms that are designed to allow investors or anyone interested in a project to buy into a project before it is open to the public. It makes launching crypto projects easier and faster.

Another advantage of a launchpad is that it offers more security to both founders and investors. The stats of the number of crypto projects coming up are high so also are the cases of fraud in the crypto industry. This entire need is what a launchpad use case like StarTerra is designed to address.

StarTerra is a gamified launchpad designed to help crypto projects launch, built on the Terra blockchain. It is developed with the “Play2Earn model and gamified NFT Integration,” says the Whitepaper.

Apart from the general market need of having a system to ease the launch of crypto projects, StarTerra was launched from the community’s need for a game-like system to carry out the same function. So that gamers, as well as developers, can enjoy and launch IDOs in gamified manners.

StarTerra brought in a unique approach to engaging users on a launchpad whether as users or investors or developers. Here are the features of this gamified launchpad:

StarTerra uses about five different tiers for its IDOs. Tiers can be described as the different levels each investor can identify with when investing in any new project. This is dependent on the amount of liquidity set for each tier.

For any user to participate in Tiers 1, 2, 3, and 4, the requirement is 250, 3000, and 3000 StarTerra energy respectively. While tier 5 is for those with the highest amount of StarTerra tokens. Gamification of this process also makes it very exciting inspiring competition amongst players as well as users of the launchpad.

Competition through gamification is at the heart of StartTerra and that’s why the NFT Integration is designed to allow users who participate in IDOs to be rewarded with these assets. The NFTs created will be a limited version that can be used in the ecosystem.

After an IDO ends, rewards will be given as NFTs to the most active participants in the gaming process aside from the allocation for participating. These NFTs can also be sold or used to earn more rewards in other games developed in the StartTerra platform.

All fees paid by users of StarTerra will be shared into three parts: 30% will be used for burning smart contracts, 20% will be for Play2Earn funding and 10% will be used as rewards for $STT liquidity providers. The 50% left will be channeled towards the maintenance of the StarTerra ecosystem.

This plan will reduce the circulation of the token thereby affecting the price positively due to spare scarcity. For gamers and liquidity providers, it’ll encourage more users to hold the token which will reflect in the value of the StarTerra token.

Participants of an IDO are required to prefuks their account with UST StableCoin of Terra blockchain.“This system provides our investors with peace of mind that their allocation will not be forfeited,” says the team. “What’s even more exciting, thanks to the Anchor Protocol bridge we will be able to generate a 20% stable yield on those deposits.”

Profit from this process will be used to support competitions in the ecosystem, tokenomics of StarTerra as well as investors. Part of the profit will be distributed to depositors, top leaderboard contributors through Play2Earn and the $STT burning mechanism.

Why interplanetary? StarTerra created this option so that users and stakers of $STT can convert part of their proceeds to tokens of every project launching on the platform. Thereby making it possible for rewards to come in weekly from all projects as they are launched in form of airdrops and other tokens.

These rewards are released after certain steps are taken by the holders of these tokens so that it’s not a mere click-and-take action like is generally done. The interplanetary staking model gives all users of StarTerra a chance to earn from all IDOs in the launchpad.

StarTerra Council is made of highly distinguished individuals with governing responsibilities of the ecosystem. This body is responsible for selecting the projects that will launch on the StarTerra Launchpad.

Once approved at this stage, the project team is supplied with adequate guidance on launching a successful project. After the initial phase, another support is given in form of tokenomics, business development, and marketing strategies.

The next stage will be the StartTerra Labs Cultivator Program that gives access to the incubation program organized for the team of a selected project. At this point, pre-funding grants are given to trigger the growth of the project before IDO.

A rich network of experienced experts is also brought into projects to fine-tune products to suit the target market. Users, as well as players, are also encouraged to participate in such projects as it moves to the launching date. The relationship between the project and StarTerra team is infinite except there is a decisive cut-off.

Chairing the team as CEO is Wojciech Gruszka who is a lawyer and blockchain projects advisor. He has worked with Deloitte, Shell, and other Fintech organizations. Gruszka has extensive insight into tokenomics analysis.

Michał Kurdziel is the COO with about 13 years of experience in the Software Development industry. He’s led various teams in the tech industry, making him suitable for this role.

Tomasz Kowalczyk is the Chief Technology Officer and he’s well known in Poland as a blockchain expert. His YouTube channel, CryptoDev has given him a top spot amongst Crypto Educators. Kowalczyk understands the mechanism behind smart contract development.

Kamil Jarzombek is a Strategic Partner & Investor in StarTerra. As an early adopter of ETH, he has a vast understanding of the crypto market. Do Kwon is another Trusted Partner with the platform. He is the Founder and CEO of Terraform Labs and the whole Terra Blockchain.

StarTerra ($STT) token is the native currency of the StarTerra platform. It’s used for governance, where holders of the token propose and make decisions concerning the development of the platform.

$STT is also used for liquidity staking. There are various pools provided with different plans for staking $STT. As a staker, rewards are accumulated and distributed over time depending on what is staked per time.

It is a CW20 Token with a total supply of 100,000,000 $STT to be distributed over 39 months from the date of release. And the total supply will be constantly reduced by buyback and burn mechanisms. You can always check the market data here.

Challenges and Road Map of StarTerra

The major challenge faced by most projects in the crypto industry is competition tied to adoption and market share. StarTerra is one launchpad that has a good foundation, the Terra Blockchain but cannot rely on that to thrive.

BSCPad is a big competitor in that space as well as TrustPad, GameFi, and Seedify. Thriving through the DeFi market will require constant improvement to fulfill the needs of users.

StarTerra Network started fully around Q2 of 2021 with the website development and creation of the team behind the project. The public sale, DEX listing, and launch of the platform came around Q3 of the same year while Q4 2021 opened the full launch, IDOs, and CEX listing.

StarTerra is the second Launchpad developed by Terraform Lab after Pylon Protocol. The gamified model followed by StarTerra has made participation in IDOs easier, more engaging, and rewarding. Projects being launched on the launchpad, the market cap, and the community on the platform are good metrics for StarTerra.

Related Topics:$STTGameFilaunchpadStarTerraTerra Blockchain
Up Next

[…] challenge is competition. To make advancement, it has to perform close to or better than BSCPad, StarTerra, Bull Perks, Skyward Finance, and Heo Finance (which doesn’t need participants to be holders of […]