5 Reasons Why the Metaverse is Important
Advertisement 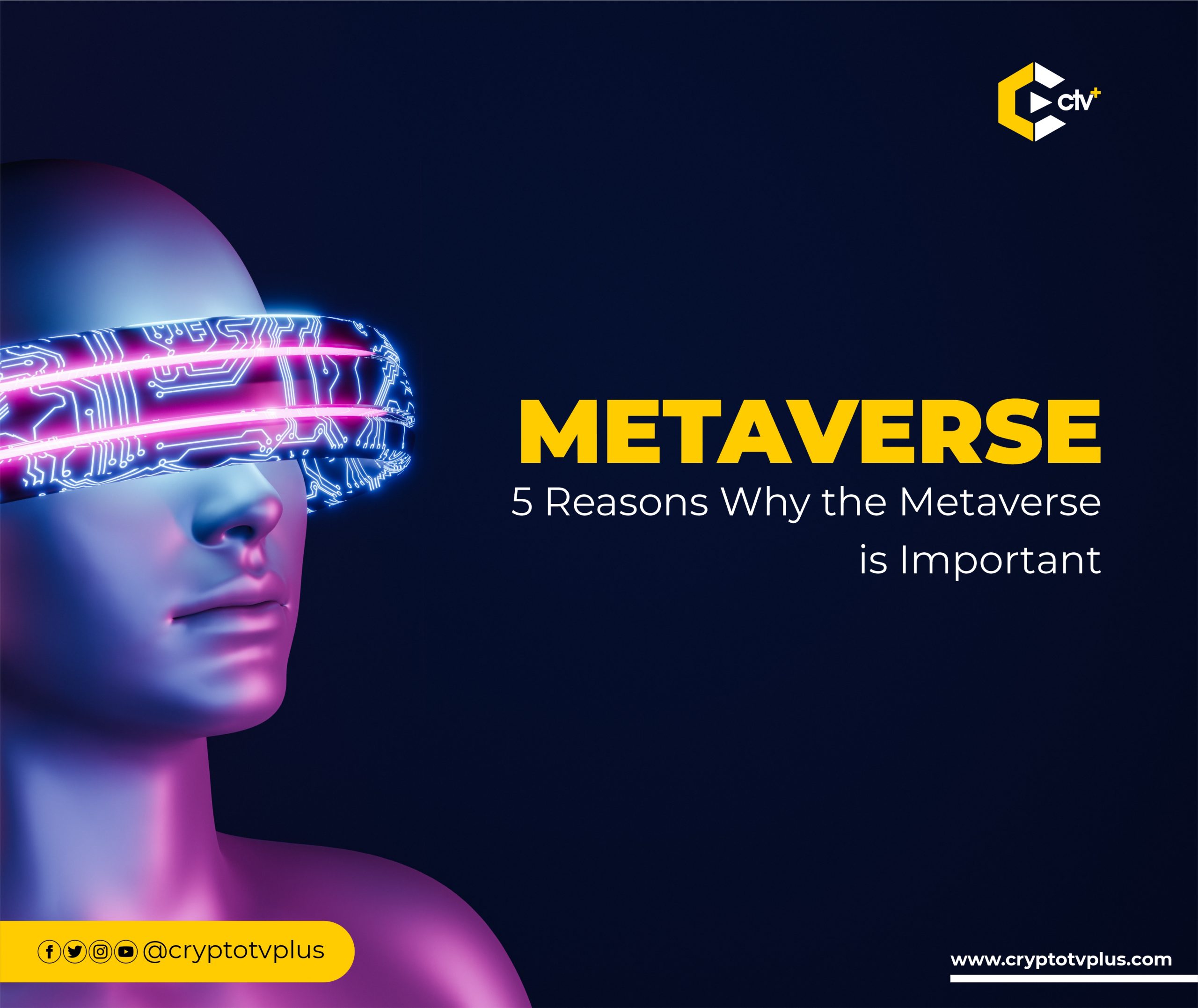 The Metaverse wasn’t having much of an attention until Zuckerberg announced the rebranding of Facebook to Meta in 2021. However, before that moment, the idea of the metaverse has been in existence. It has evolved from one form to another while bearing the underlying identity of an entirely new world or reality filled with huge potentials, and opportunities.

The word, metaverse, was used first by Neil Stephenson in his 1992 novel titled Snow Crash. He used it to describe a virtual world where characters can go to escape from a totalitarian reality. After that, Sega introduced tools that had similar applications called VR arcade machines that users engaged with for arcades.

Years passed, and by 2009, Palmer Luckey started creating a design for a VR that will be used for the virtual world. After, he launched Oculus VR in April 2012 to drive the adoption of the device he created. Facebook, now Meta, bought the company in 2014 and today has it as one of its sub-brands.

The metaverse can be described as a multivirtual world that is connected. It can be seen as a combination of VR, AR, or MR. Around 2008, a “future amplifier” of the metaverse was launched in the form of Bitcoin, a decentralized network capable of ensuring global transfer of financial value in an unprecedented safe way. Satoshi Nakamoto, the pseudonymous creator used blockchain technology to build and release Bitcoin to the world.

While it was seen as progress made to change global currency, the world of gamers and developers found the gap that needed the fusion of the metaverse with blockchain. And then, projects like Axie Infinity, Sandbox, and Decentraland showed up. Through blockchain, value without alteration can now be exchanged in ways previously imagined in a virtual environment where trust is a luxury.

And today, various gaming projects are built using the integration of blockchain technology and VR/AR. Far more than that are other applications of the metaverse in today’s world.

Why Do We Need the Metaverse?

In this article, we shall be exploring the ways the Metaverse will transform our world, and these are some of the reasons we need the metaverse.

The metaverse with blockchain technology has created a new wave of Entertainment. Gaming is one of the most interesting and innovative applications of the metaverse in today’s world. Platforms like Illuvium, Somnium, and Immutable X have created gaming utilities that people connect to and have fun within unique ways.

Apart from the games, the metaverse-blockchain synchronization is building cross border job opportunities and new ways of earning. With Sandbox, anyone can flip real estate in the metaverse; Wrestling Metaverse, users can fight and earn. There is PlayToEarn, LearnToEarn, TrainandEarn, WalkandEarn, and other earning models in the projects developed today.

Also, people from anywhere around the world with the right skills can work as 3D designers, NFT developers, Product Developers, Real Estate Agents as well as Metaverse Architect and Metaverse Legal Consultants in the Web3 economy. Check out this site for metaverse jobs.

Education will become more accessible, exciting, cheaper, and flexible with the development of the metaverse. Online education has given more people globally access to the education they would have paid so much for at a very cheap rate. The metaverse will further simplify that with the introduction of 3D utilities.

For a course like medicine, using 3D avatars will reduce the entire financial demands to study the course as the real-time simulation will be integrated into such programs. Here, anyone can be anywhere, with perhaps a crypto wallet, attend a class at Harvard if they have a facility in Decentraland. Learners will also have access to learn at any time and even earn while they learn. Edverse is one project that’s making this happen.

Global brands like Nike, Gucci, JP Morgan, Disney, Warner Bros, and personal brands such as Snoop Dogg have shown us that the metaverse is revolutionizing Branding and Marketing. Why? Because a lot of people will have their eyes on the metaverse with the buzz especially created by gaming projects, brands are seeing the need to be on these platforms.

How? For example, there are metaverse games that when you play, you have the right to advertise any product on specified platforms where other participants of the game can see it. JP Morgan has a branch of their bank in the metaverse so that the connection between customers and the bank can be continuous in the virtual world. Now, anyone with the right tools can attend a Snoop Dogg concert in the metaverse. Maybe, we will see the first metaverse Grammy Awards events soon.

The metaverse will enhance the creativity of individuals. Taking a look at the display of Mark for each presentation done for the Meta project is so exciting. It feels like play but at the same time, real-life virtual applications are being created. With this development, anyone will be able to try things out, correct them, try again, and correct them until they have what they want.

This can also be connected to learning as there will be no restriction on what anyone can do. A typical example can be seen in the decentralization of the production of ideas we see in the Web3 space today. Several games being created are as a result of founders trying to solve problems in the industry and then they create something useful. As it continues, more and more projects are given the right environment to do so.

This has been pushed further in the blockchain space where launchpads are created to assist the launch of blockchain-metaverse projects. See examples of metaverse launchpads.

If the metaverse is not important, Facebook will not change to Meta, or dedicate $10 billion to its development. If it is irrelevant, Epic Games, Pokémon Go, and Kucoin Labs will not set aside $1 billion, $300 million, and $100 million respectively to fund metaverse projects.