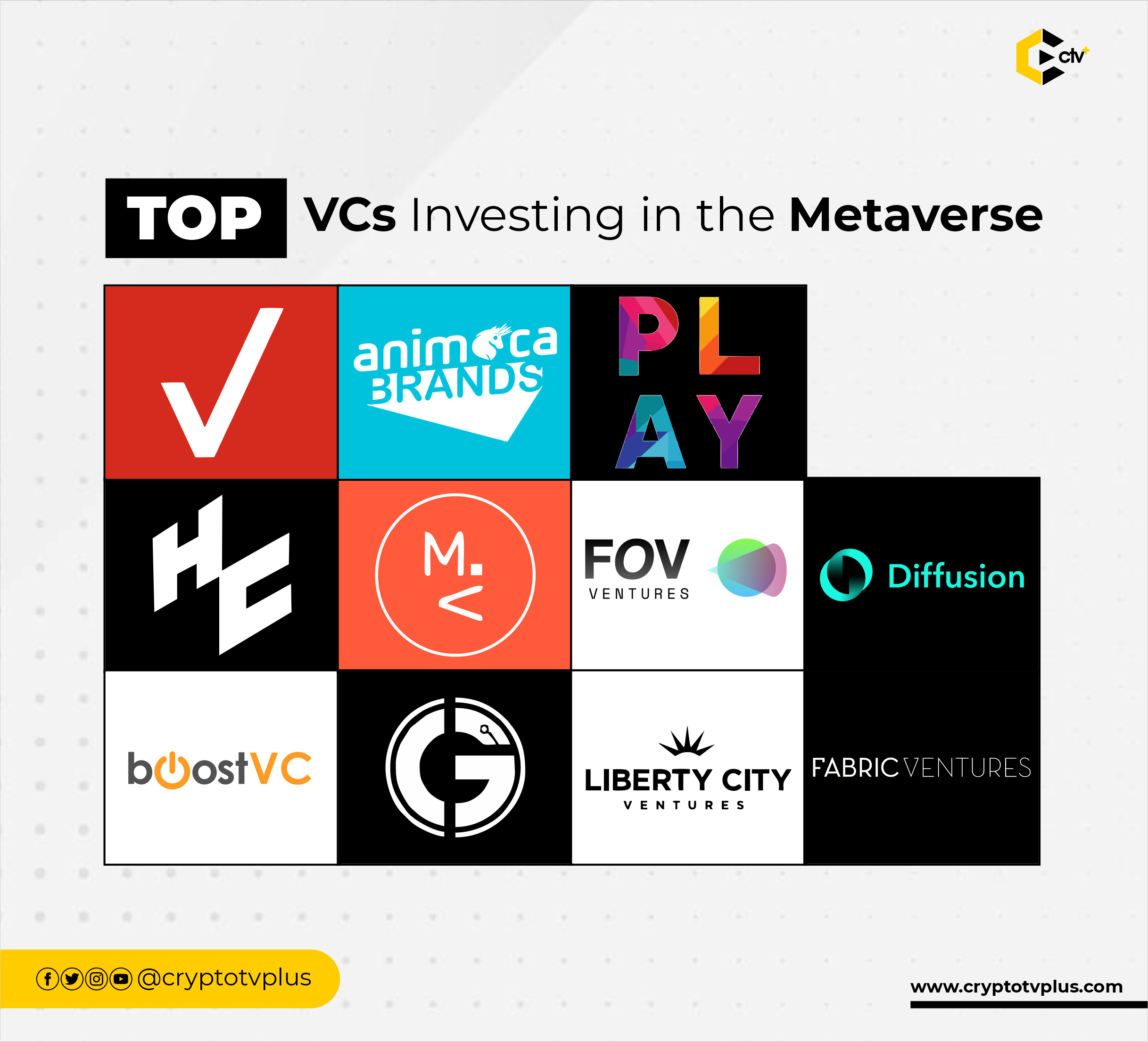 The metaverse concept started a long time ago when Neal Stephenson used the word “Metaverse” to explain a 3D virtual world. However, the world perhaps didn’t pay much attention to it apart from a few VR projects carried out later on like Virtuality, SEGA VR, Virtual Vietnam, and Oculus by Palmer Luckey.

Then, in 2014, Facebook bought Oculus and that brought a lot of attention to the project. Seven years later, in 2021, Facebook rebranded to Meta, and that was where the real surge for the metaverse came in. Barely five months down the line we have;

Of course, the metaverse is thought to be a place where everyone will be permitted to go to but it’s getting clearer that it’s beyond that. It can be democratized so that no one owns the metaverse, though currently, there seem to be walls which can only be brought down when interoperability becomes a thing. Really.

And that might be one of the reasons these VCs have invested and are still investing huge capital into metaverse projects:

Verizon Ventures is an offshoot of Verizon, a communications company focused on voice, data, and video services. It was started in 2000 after ten years of the existence of Verizon, the parent company, as the investment arm of Verizon.

So far, it has invested in StatusPRO, a sports VR and AR company; YBVR, an XR video distribution platform; a partnership deal with Meta, in this case, Verizon; Entain Arm, a firm focused on developing sports and entertainment metaverses… The parent company has also shown a bullish sign in hiring talents for the metaverse. You can see more here.

If you’ve heard of SandBox, then here’s the parent that birthed the over $3b market cap company. Animoca is so interested in the blockchain industry spanning into the metaverse. Animoca Brands is a software and venture capital company started by Yay Siu in 2014.

In 2019, it launched Sandbox which is one of the most successful metaverse products out there. For metaverse investments, it raised $359M to build an open metaverse this year; has holdings in over 150 NFT and metaverse-related companies like OpenSea, Dapper Labs, Yield Guild Games, Star Atlas, Axie Infinity, and Thetan Arena.

Play Ventures is a big player in the VC world especially as it relates to blockchain. The global company set aside $75m for the development of blockchain gaming. And of course, this will run off on the metaverse.

From its inception in 2018, the Singapore-based investment brand has supported more than 30 startups from Trailblazer to MetaSoccer, and Blackpool.

Investors in the Future as they are called is another top VC firm that has plans for the development of the metaverse. It was founded by Luke Alvarez, Ian Livingstone, and Cherry Freeman in 2018, and today it has risen as an icon in the Web3 VC economy.

Hiro Capital announced its first investment fund of $130m in 2019 for developments in games and metaverse. And then another $340m was planned out this year as investments in seed and early rounds for startups in esports, creator platforms, the metaverse, and more. Zwift, FitXR, Twin Suns, FVRV, and Flavourworks are some of the firms that have benefited from the Luxembourg-based firm.

The goal of Metaverse Ventures is to invest “in companies that are building products and services for Decentraland and the decentralized metaverse.” Decentraland is one of the most popular metaverse platforms that is built on the Ethereum blockchain.

Metaverse Ventures believes that the community-based project is drawing a lot of attention and could become a replacement for the current social media structure the world is having now. And so, they decided to become a huge investor for companies coming into the platform.

Artie, Vegas City, Decentral Games, and Metalith are some examples of metaverse-related companies Metaverse Ventures has invested in.

Founded by Dave Haynes, a core investor that has worked with HTC, created three startups including SoundCloud, and Petri Rajahalme, former Managing Director at Nordic XR Startups, and was awarded the XR Investor of the Year in 2019.

FOV Ventures focuses on investing in founders building the metaverse. The greatest step taken by FOV Ventures is the €16m fund planned out to help with early-stage metaverse startups.

Outlier uses a very unique and deliberate way to invest in the world of the metaverse. Each year, a group of selected founders, investors, collectors, culture-makers, and alumni are asked to join their reserved partnership that was established in 2014.

This process makes these individuals become co-investors in projects that Outlier is going in for. Contributions include mentoring founders and team members of projects, financial inclusion, business development processes, and more. Snoop Dog, Sandeep Nailwal, and Sebastien Borget are some of the top names in the team of investors who have invested in GameDAO and more.

Adam Draper founded Boost VC to help Innovative organizations come up by investing in their ideas. According to the website, the plan is to invest $500k into startups raising less than a million while targeting pre-seed evaluation between $3m and $7m.

While it has dropped companies like Coinbase, Etherscan, and Alta, it is focused on Aragon, FitXR, SideQuest, 3DLook, and Drapr.

Fabric Ventures has its tentacles in Decentraland, Near, Sky Mavis, YieldGuide, Immutable X, and Cryptoarthouse as a VC. Its mission is to back builders of the open economy.

Fabric Ventures strongly believes in decentralization and pioneering the shift and focus of most software development. It’s focused on giving freedom, power, and ownership to the people. And that’s why supporting projects to build the metaverse is a vital step for the organization.

Here is a venture capital firm that has been in the business of investing and has incubated two blockchain unicorns: Paxos and Lukka. The firm has more than $1.2b in assets under its management portfolio.

According to the website, the VC firm is investing in startups that are inter-disruptive with focus technology, media, and commerce. And these companies include Everyrealm, Animoca Brand, Lukka, and Tiny Rebel Games.

GameFi Capital has its focus on the Asian continent as stated on the website. It aims to provide financial support, good investment insight as well as education to produce successful partners.

This goal will be achieved by mitigating investment risks in the blockchain space for investors, help with research and analysis, especially for crypto and gaming projects in the blockchain industry. Monster Galaxy, Battle Saga, Metamall, Omniverse, Dopewarz, Script.TV, Affyn, and GeoPoly, are some of the projects that have received support from GameFi Capital.

The list will be ever-increasing as more and more projects will emerge from the world of crypto. If you’re interested, you can check the websites or each of these VCs to know what offerings they might have for your project.

Thank you sharing and must be appreciated one. Recently, Metaverse technology has skyrocketing growth among the market.