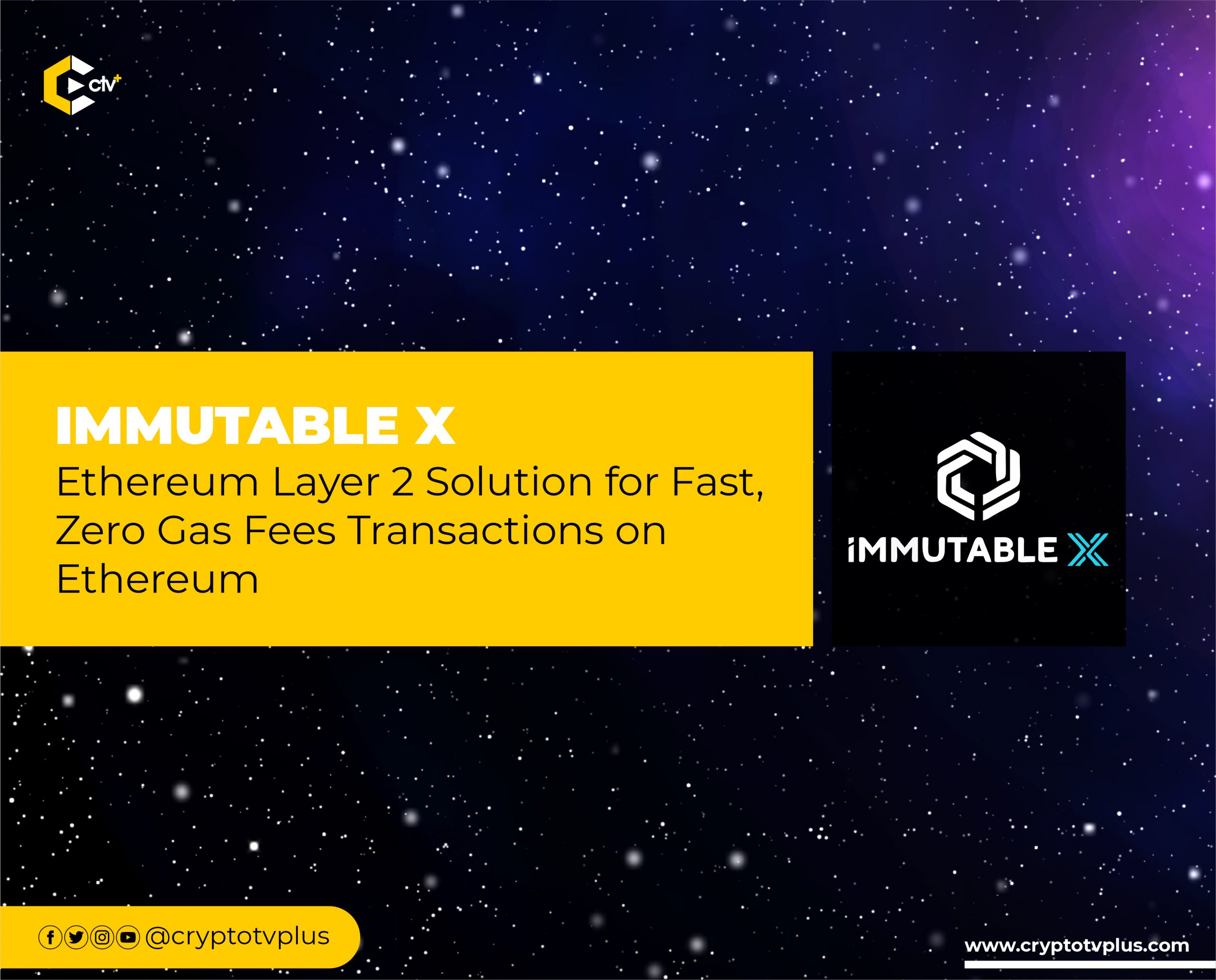 Ethereum’s smart contract ability gave way for greater usability of the blockchain technology. However, the demand of the market versus the rate of product development on the same blockchain is not in favor of Vitalik’s creation. And of course demand for such innovation will always rise, therefore, newer blockchains are rising to “replace” Ethereum.

The three basic challenges faced by the Ethereum blockchain are low scalability, poor user experience, and slow developer experience. Some of the so-called “replacements” of Ethereum run a system that discards one of the three qualities of a true blockchain network. It can be security or decentralization or scalability.

Instead of being developed the same way, Immutable X is crafted to solve the Ethereum problem while securing the three qualities of a true blockchain network.

What is Immutable X?

This innovation is made possible by the presence of ZK Rollup Engine, API Abstraction Layer, and other advanced technical systems – all implemented without compromising security, decentralization, or scalability of the ecosystem.

On Immutable X, developers and users will build and use products on the Ethereum blockchain without sacrificing security. Some of the features of Immutable X that will make this possible include:

ZK-Rollup Scaling Engine was developed by StarkWare to enhance scalability on the Ethereum network without undermining security. This is done by combining a lot of transactions and then generating a “validity proof” which is submitted to an L1 smart contract.

So for Immutable X, more than 9,000 NFT transfers, trades, and mints can be done per second because of this roll-up.

Here, most complex processes like the minting of NFTs are made easier. The scaling engine mentioned above is made to follow an asynchronous pattern instead of asynchronous with the aid of the API Abstraction Layer.

The synchronous process cuts off unnecessary processes and gets to deliver the expected result of any action activated in Immutable X.

While using most wallets, users are required to change networks to match with the asset to be sent or received. For Immutable X, the opposite is the case. First, Immutable X supports all Ethereum wallets.

However, the support is seamless – users don’t need to switch networks when they are performing activities with a wallet on the Immutable X platform. The Immutable X link matches it seamlessly and operations are carried out without any security jeopardy.

Immutable X is creating a Software Development Kit (SDK) that will allow cross-communication between the ecosystem and various protocols in terms of programming languages and OS.

As part of the plans, Immutable X will easily integrate with Android, iOS, Unity, and Unreal. This will save a lot of time and stress off developers, investors, and users interfacing with Immutable X.

This is connected with marketplace activities. For example, orders created on OpenSea can be filled on the Rarity marketplace. And this will promote price transparency for users and buyers of blockchain assets.

So Immutable X creates an option to allow the sharing of the global order book. This will see marketplaces built on Immutable X without backends.

In response to the need for regulations and legal backing, Immutable X wants to have a platform that will assure users of the security of the assets they are investing in.

“Immutable X will offer a platform which is fully legally compliant and is capable of being the trusted partner of these larger projects, to retain them on Ethereum,” says the website.

In the Immutable X platform, there will be a marketplace for the trading of blockchain assets like NFTs. Alongside the lower barrier to entry that Immutable X is providing, there will be transaction history for every account for reviews, trust, and authenticity. 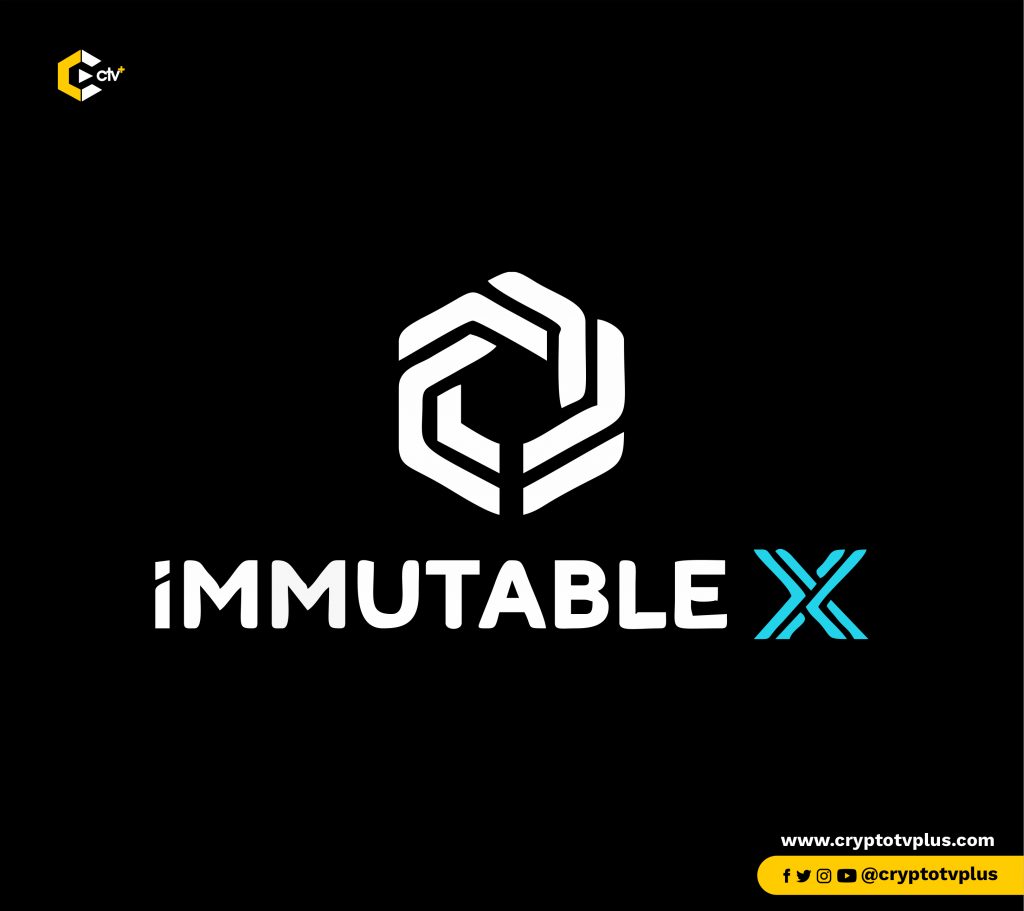 IMX, an ERC-20 utility token, is the native currency of Immutable X Metaverse. IMX will be used for the payment of fees. These fees can be from buying NFTs to swapping fees.

Another use of IMX is for staking. Holders of IMX tokens will be rewarded according to their staked tokens and relative to what other stakers hold as well. Click here to understand how the staking works.

The last use case of IMX is for governance. Here, holders can decide on changes to implement in the ecosystem generally. Some of the changes can be about how to allocate token reserves, voting on developer grants, activating daily rewards, and changes in token supply.

Team and Partners Behind Immutable X

James Ferguson CEO and Co-founder at Immutable. He’s been featured in Forbes 30 Under 30 and has a Bachelor of Law and Commerce from the University of Sydney. James worked at Appliances Online as Lead Frontend Developer and also cofounded Shopyak.

Robbie Ferguson is a brother of James Ferguson and one of the Co-Founders at Immutable. Like his brother, he was named on the list of Forbes 30 Under 30. The Thiel Fellow dropped out of the University of Sydney where he was studying Computer Science and Law. He has worked in Blockchain Data Analysis at KPMG and is experienced in JavaScript, Solidity, web development, public speaking, and more.

Alex Connolly is the CTO and another Co-Founder at Immutable X. His top skills are spread across leadership, computer science, blockchain, and public speaking. He’s studying for his Bachelor in Computer Science and Law at the University of Sydney.

Irina Lebedeva serves as the Crypto Product Manager at Immutable X with a specialization in NFTs. She has degrees in International Economics and Finance, Management and Sustainable Development & Strategic Management in Energy. Irina has worked as Product Advisor for Blockgeeks and Xfinite.

Aakash Mandhar is the Vice President of Studio Engineering @ Immutable. He’s a tech leader with experience as an advisor and angel investor. Aakash has worked with Microsoft, Yahoo, and Hp focusing on software development.

Greg Williams is the Finance Director at Immutable X. He is a CPA, CGMA who got his Bachelor of Business Degree from the University of Queensland. Greg has good experience with Financial Analysis, Financial Sevices, Investment Banking, and more. At Whitehat Agency and Spitfire Corporation, he worked as the CFO.

For Immutable X, the focus is to combine all positive technical attributes of Ethereum and make it seamless for NFT users as well developers. This seamlessness is attached to the fact that while these DeFi functionalities are done faster, quicker, with zero gas fees, the trilemma of blockchain is completely taken care of.

How Serena Ventures is making waves in the Venture Capital World

NearPad; Launch Projects, and Manage Yields on Near Protocol Launchpad

Explore the MetagamZ Metaverse where you can Build, Brand, Play and Earn. – Crypto Watch Daily

[…] will always start with competition… with other platforms like Illuvium, Immutable X, and NetVrk. There are similarities between these projects as they are all based on the metaverse […]