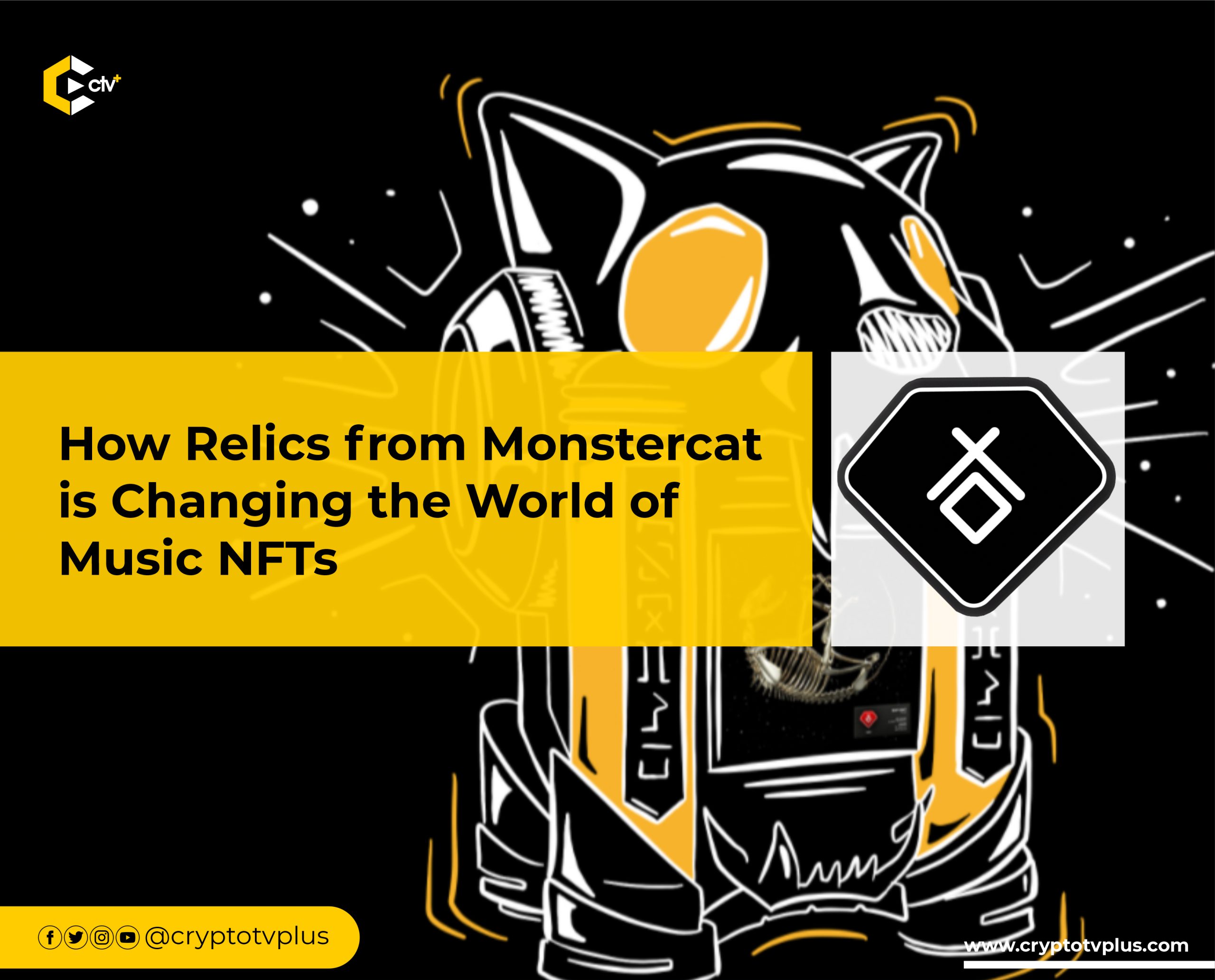 How Relics from Monstercat is Changing the World of Music NFTs

Relics are known to be the remains of saints including all objects or properties that are attached to them. Religious organizations adore such elements as preservations of the history of their patriarchs and matriarchs. For the world of NFTs and music NFTs in particular, there is a Relics that’s rising to fast track the transformation of the music industry.

It all started with…

Monstercat is a Canadian-based business in the electronic music industry, that has spread its influence beyond North America. It was founded in 2011 by Mike Darlington as a pioneering work in the music industry. Right in 2013, EDM (Electronic Dance Music) came on and the organization took the ride while raking billions of views from streamers. That opportunity gave them a chance to begin to see the world of music differently and had plans to take the world by storm.

But all of these crumbled when the reset – COVID-19 – occurred. The whole world was shut down. The Spirit of Music fought through the times of separation as people could hardly attend concerts. Gospel music was not left out. The Experience, by House on the Rock Church, was held online for the first time. For Mike, he got so many complaints from musicians who didn’t know what to do next.

Their career paths were vanishing away before them. The Electronic Music guru had to think up a few things to do which included online concerts, but later found out it wasn’t working as expected. Those at the bottom of the music ladder would not have enough chances to have a successful career. So he had to think up something else. Fortunately, that was when the trials with NFT arts as images started.

News went out of NFTs released by Deadmau5, 3LAU, RAC, and more. Mike knew something was coming on, and couldn’t miss out. As he had done with electronic music; music, and gaming, he tried out NFTs releasing a few limited collections that did well in the market. However, he knew something was on for the industry and not just for personal gain. And so Relics became the result of this search.

Music NFTs & the World of Music

“Music NFTs are verifiably owned collectibles that incorporate music as a major focus element of the token itself,” says Mike Darlington, “allowing for the musician’s work to play as important a role as the visual artist’s.” In an interview with Cointelegraph, he explained more about the music NFTs and how it was going to impact the music industry.

Mike saw a lot of innovations and gaps in the music industry when he was inspired to create the first digital collectibles platform from Monstercat. Describing the project he said, “Each music collectible, also called a Relic, can integrate music seamlessly and verifiably in the Metaverse.” So that anyone who gets to own a Relics can easily set it as the theme song for the owner in the Metaverse. The owner of a Relic will enjoy the beautiful melody of the song moving from Axie Infinity to a game in the Illuvium Metaverse. This will create a new ecosystem and experience for Web3 fans.

The opportunity of connecting directly and in a new way with fans is one of the benefits music NFTs will offer to artists. “Whether it’s through rewards, exclusive access, ownership – music NFTs are becoming one of the most powerful tools for community-building and engagement,” stated Mike. Royalties will be earned in a different but more assured way using tech structures that are not limited to locations and large audiences. Now, an artist can have a good career built on a few hundred dedicated fans. And if this community is harnessed, then investors have a cause to invest. In the Web3 space, “money follows community”.

One more aspect of the NFTs in music is what is called “dynamic rarity” where there will be a connection between Web2 and Web3 for any Relics that will be released or owned. If for example “Forever Young” by Eminem tops the chart on the traditional music billboard for six straight months, it’ll reflect in the Relics Metaverse as well as other ecosystems connected to it. Also, if the song is not a hit in the traditional space, no magic happens. It’s a win-win for all. Web2 is still important.

Relics, and its Utilities

Relics was born out of a vision for the entire music industry where music artists like graphic artists connect with their fans, build a career without limits, offering so much value to anyone around the world with their music. It will not be wrong to refer to Relic as a music metaverse… the combination of music, art, technology, and the VR experience in Web3. On this platform, fans will have access to the music of their favorite artists as digital collectibles that can be traded or used as utilities in the metaverse.

These are “full-length feature songs created by human artists… with limited edition digital artwork… plus dynamic gemstone rarity,” according to Jade Udell. So what should be expected is a full song, with an audio and visual feature rated based on its performance in traditional media space. The ratings will utilize the names Quartz, Emerald, Sapphire, Ruby, and Onyx.

Idols are like the iPods of Apple. It’ll be the bridge for music between the real world and the Metaverse standing as “metaversal music players“. That means a user in Decentraland will soon be able to listen and share their music collectibles with others in the same world. Idols look like jukeboxes but will soon be in the form of stadiums, halls for concerts, and perhaps, handheld devices.

An example of this is the GENESIS IDOLS that was launched in October at $199 with 264 of them minted so far. The floor price for each is about 3.5ETH and the top DJs like 3LAU, SteveAoki, and Diplo including 888, Zeneca, and SilverSurfer who are collectors are on the owners’ list.

The Uniqueness of Relics

First, is the presence of a standardized ecosystem that is not just about an artist or creations by a few artists. In Relics, you have a full ecosystem that will aid interaction with other “metaversal” spaces. It’s built on community and celebrating each individual’s creativity. Another key feature that makes Relics different is the attachment of the value of all music NFTs to real-life performance so that you don’t have a system that is just all about AI or tech or blockchain technology. The integration will have the fusion of virtual and real-life experiences.

A third attribute of Relics is the access it has to over 10,000 songs that can be used in this new space. Monstercat has been in the music industry for a long while and so having access to such a huge catalog is not a challenge but the value there is when it comes to music NFTs: it is the largest so far. This one more strength of Relics gives it a dynamic stand more than any other music NFT project: its integration with the gaming world.

That’s why users in Decentraland, Axie Infinity, Illuvium, SandBox, and other creative ecosystems will need the utilities of Relics. It’s going to be truly immersive. An observer talking about Relics said this, “Imagine being able to host your concerts, have your theme songs, or incorporate music into different gaming experiences in the Metaverse.”

There’s indeed no telling where the music NFT advancement will take us to. But thought leadership like that of Mike Darlington is needed to steer the ship for others to follow. What would it be like to have access and own the first songs on Spotify or Apple music? That’s the promise of Relics and even more where artists are not limited. And art is truly celebrated for what it is and rewarded more.

The team behind the project has executed several deals that can be seen with platforms like Epic Games, publishers of Fortnite, Rocket League, and Unreal Engine. Art NFTs are no longer regarded as mere JPEGs like before because of the result it has created in the last few months. Music NFTs will play out the same experience and more. To what extent? We can only observe or be part of the revolution.