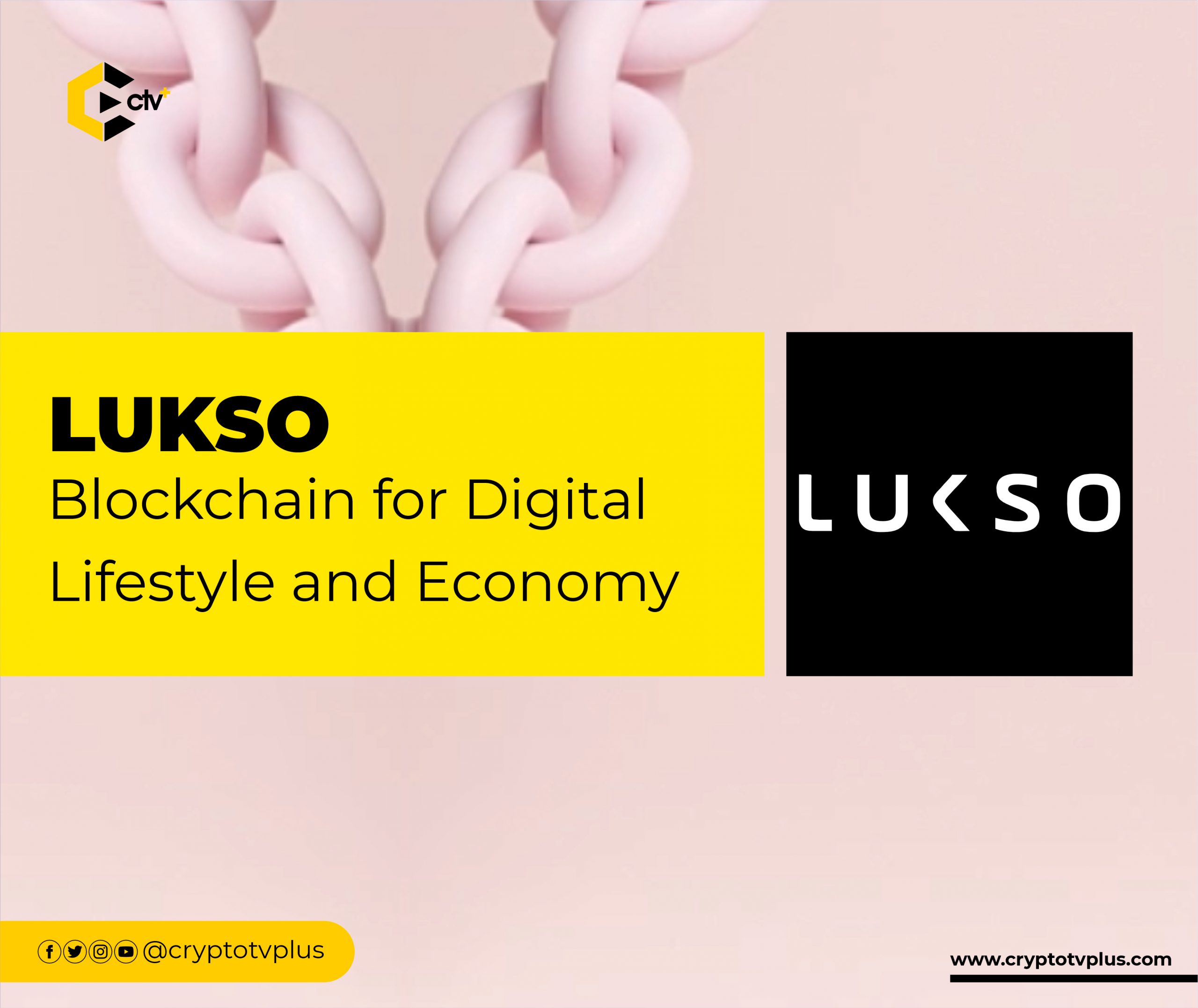 Before 2009, there has been some development done using cryptography. Stuart Haber and W. Scott Stornetta had earlier seen a new technology that we now know as blockchain. Their work started in 1991 and by 1992, they incorporated Merkle Trees into their system to increase productivity and store more data in a single block.

Sixteen years later, in 2009, Satoshi gave the world the first use case of blockchain technology – Bitcoin was born. Although, it was not truly recognized globally as a good development because the world was yet to understand its full capacity. That started changing when 10,000 of it was exchanged for a pizza. And then the entrance of Ethereum opened up a new dimension of blockchain technology.

With Bitcoin, blockchain was mainly for financial purposes, while Ethereum showed the capacity of blockchain to be used for more applications than just as the foundation of the production of digital currency. Today, there is Solana, Cardano, Harmony, Ultra, BSC on which there are so many everyday projects.

LUKSO is a blockchain built on Ethereum and focused on breaking the entry barrier to the usage of blockchain in everyday life situations. The goal of the chain is to advance beyond what Ethereum has done bringing about more massive adoption of blockchain utilities.

A former Ethereum developer, Fabian Vogelsteller started the project in 2017, and today it has grown to a wider reach of team members globally. The focus of the Lukso network has been on the fashion industry, however, there is more to Lukso than fashion wear and development.

As earlier said, Lukso has given more attention to the fashion industry. However, its applications will span beyond the fashion ecosystem. Lukso wants to create digital solutions on the blockchain that will affect physical and digital consumer goods by providing robust solutions on identity and more.

Since Ethereum makes use of the Proof of Work protocol, Lukso was initially launched using the same protocol. However, the testnet was moved to PoA.network176, which is an EVM-based Proof-of-Authority (PoA) network. This will not be the final foundation of the Lukso blockchain as plans are in place to have the mainnet launched on a delegated Proof of Stake (dPoS) governance around a PoA algorithm, called Honeybadger BFT177.

The Four Engines of Lukso

The network is developed to work with LUKSO Orchestrator, Pandora Execution Engine (a smart contract execution engine, based on go-ethereum, to work in concert with the LUKSO orchestrator), Validator Client as well as the Vanguard Consensus Engine (a Casper consensus engine based on Prysm). All of these are meant to help achieve rapid interoperability between networks while preserving trust between the connected systems.

This is the first time a reversible ICO is created where investors are permitted to return reserved tokens within a certain amount of time. For example, if an investor gets 4,000,000 tokens to be reserved for 6 months, the person can return it at 5 months and be rewarded in ETH.

BaFin, the highest regulatory authority in Germany carried out a check of this pattern and approved it under the German Security Laws. And with this, investors are assured of higher security for their assets.

Lukso blockchain has most of the features found in EVM-operated systems. So it can initiate smart contracts, DAOs can be built on it, and dApps can also be developed on the network. It is decentralized, has a high level of security, and of course uses gas fees for operations.

How Does Lukso Network Function

There are three basic foundations on which the Lukso network is built. They are identification, virtualization, and tokenization.

Lukso blockchain is designed to provide strong digital Identification or Data Governance in the blockchain ecosystem. “LUKSO allows all participants to create their personal address on its network and to use it as their permanent identifier in the digital world,” according to the Whitepaper.

“The LUKSO blockchain serves as a public database that is accessible and verifiable by anyone. This property makes it perfect to solve the biggest challenge of public identification: where to find relevant information about somebody or something that allows us to know with certainty that the source of a claim is actually correct and credible.”

With this in mind, digital identities become: under the full control of their owner; fully Interoperable; and can be developed for creators, users, and digital & phygital collectibles.

Virtualization is meant to power the creation of digital experiences. The focus on the fashion industry is so eminent for Lukso blockchain because it believes that “a decisive part of the digital transformation of lifestyle consumption is the continuous integration of all of its physical and digital aspects,” says the Whitepaper.

Over time, this is going to go beyond fashion and into the world of other industries so that there can be a smooth transition between different realities in any aspect of life. And this will combine ‘Phygital’ collectibles (physical items with unique digital identities) and Digital collectibles. So that Lukso can overlap with the emerging world of VR.

With Tokenization, digital tokens created by brands as well as individuals can become the connecting factor in consumer communities. Today, tokens are a new form of signaling interest, status, belonging, and limitless utilities where users new and old can participate in an ecosystem, be part of a vision, and have huge economic benefits.

Lukso wants to help brands as well as creators, individuals tokenize whatever value they have. This will drive blockchain technologies since tokens are more or less directed use cases of the technology that has an instant value attached to it. From fashion to the government to entertainment, this will happen even more and the team at Lukso wants to make it faster.

“LUKSO’s goal is to create an entirely new set of applications that are focused on creativity, fashion, games as well as life cases,” says Mehardeep Singh, author at TechStory. “As a result, the team actively communicates with fashion brands and is also said to be in touch with many English Premier League football clubs.”

$LYXe is the native network of the ecosystem. The initial total supply of 100,000,000 LYX will be integrated into the genesis block of the network, and it will be the source of incentives for validators.

The token serves as a utility token as well as governance so that for any transaction carried out in the ecosystem (like moving tokens or smart contract execution), gas fees are a pain in LYX and it can also be staked to receive rewards. Other functions of the LYX include the execution of smart contracts.

According to the Whitepaper, “LYX will function as a unit of account and a store of value.” With this, the value of the network is controlled by how the token is used, therefore serving as the indices for the economic value of the entire ecosystem. Check the CoinMarketCap tab of LYX to see its live metrics.

Cardano, Solana, Algorand, and Ultra are some of the best competitors of Lukso in the ecosystem. They are fast and work with EVM. Apart from this list, other platforms are coming up daily to fill up roles and gaps that have been created by earlier blockchains like Bitcoin and Ethereum.

Another challenge with the Lukso platform is the time it’ll take to migrate into Ethereum 2.0 since it’s meant to function on that upgrade and integrates with Casper. Lovers of Ethereum are still waiting for the upgrade as well as users of the network that rely on that upgrade.

The future of Lukso, it’s beyond the fashion world. Yes, it was created to bring blockchain utilities to the world of fashion, that use case will transcend that industry into other industries as the platform develops. It will also give room for other projects to be built on it just like is done on other smart contract-enabled blockchains.

Team and Partners Behind Lukso Network

Fabian Vogelsteller started the entire project. He was a developer working on Ethereum and in 2018 started Lukso. He’s been a leader, innovator, and thought leader in the blockchain space since 2013 and has carried out projects like the Mist Browser, web3.js, the Ethereum Wallet, and the ERC-20 standard, which opened up the global ICO fundraising rush. Fabian serves as the Co-Founder (with his wife) and Chief Architect at the Lukso network.

Marjorie Hernandez is the Co-Founder and CEO of Lukso network. She’s an architect, a strategist, and an innovation consultant who has worked with Ernst & Young creating a lab and helping to implement Ethereum services into global organizations. Marjorie is presently the Co-Founder and Chief Product Officer at THE DEMATERIALISED.

Robert David is an experienced UX/UI Designer and Developer since 1998. In 2012 he got into the blockchain industry, focusing on blockchain architecture and Integration. Before coming to Lukso, where he serves as the Software Engineer, he has founded five companies in several different industries and worked on projects like Datawallet and THORCHAIN.

Check here to see the team of advisors behind the project.

Lukso is developing a global blockchain network and ecosystem to create cultural currencies and digital certificates that can fast-track the adoption of blockchain. It is being implemented in the fashion industry and if successful can also be integrated into other sectors.

NFTs: Collect, Create and Play in the Legends of Elumia P2E Metaverse