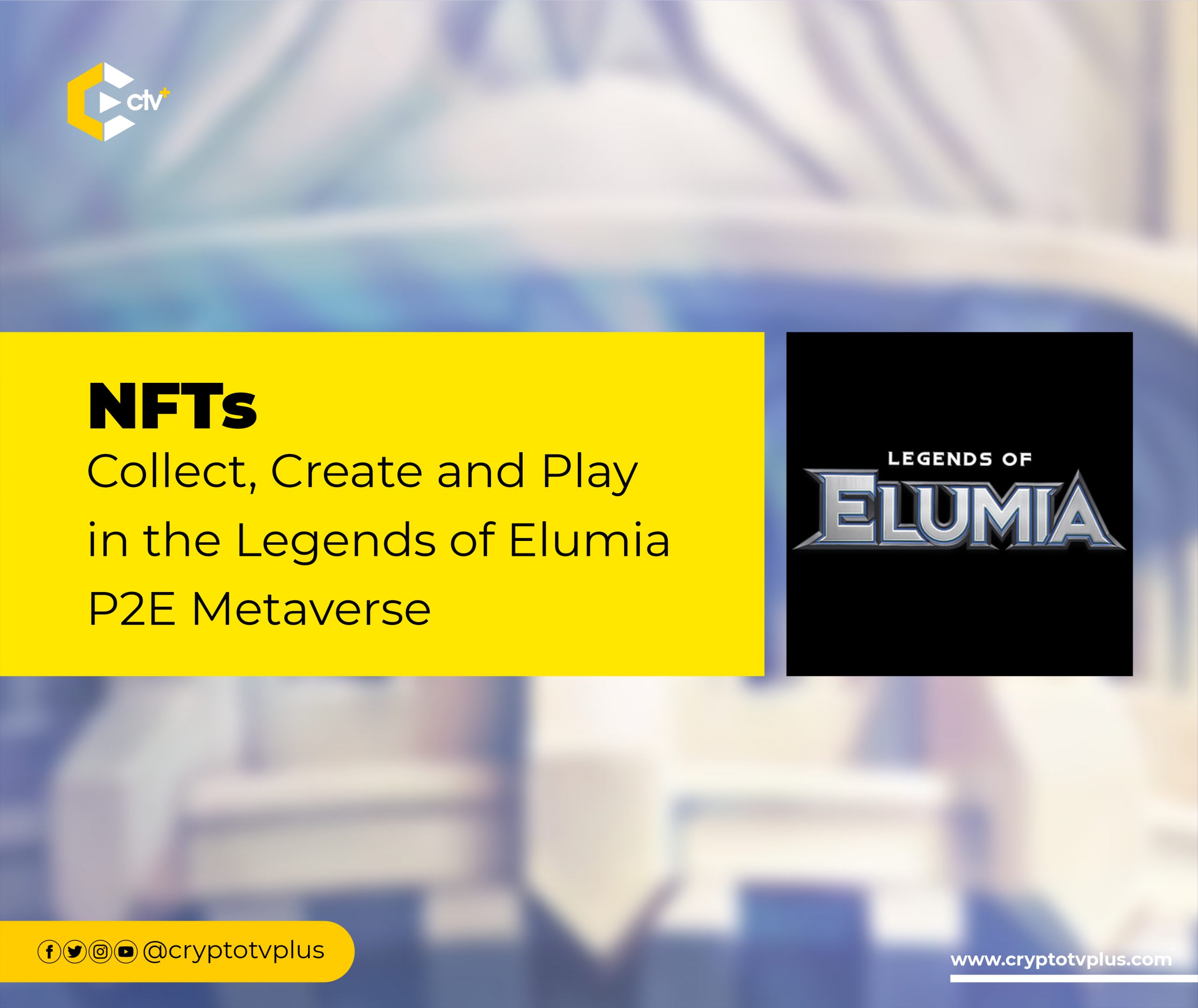 NFTs: Collect, Create and Play in the Legends of Elumia P2E Metaverse

Legends of Elumia is a Solana-based Play-to-Earn RPG developed by an anonymous team of 40 game developers and launched in Q4 2021. In the Elimia Metaverse, players can immerse themselves in various world zones, engaging in multiplayer adventures, quests, and fierce player battles with in-game enemies and against other real-time players.

In LoE, players can socialize with others in the ‘City of Elumia and take their character through various outdoor areas and dungeons to earn experience, levels, gain new loot, and obtain valuable resources.

Players can gain resources by choosing to fight each other in duels and team battles. These resources can be used to upgrade the player character, create new items, and enhance existing items to take on more challenging dungeons or increase their player vs player ranking.

Players navigate and engage with the world through uniquely generated player character avatar NFT’s. No two characters are identical, each avatar that is created has a set of a predetermined set of stats and skills that will affect their optimum play style. During play, characters can gain experience and levels, and upgrade their power.

Furthemore, to increase combat power, characters can equip themselves with Weapons, Battle Pets and mounts. Players can acquire new in-game items by completing objectives, defeating enemies, or purchasing them from a Marketplace. Items have a variety of rarity, and players can also upgrade their items during gameplay.

Distinctive features of Legends of Elumia

Elumia illustrates core game experiences in the metaverse. Whether a player wants to make a name for themselves in arena duels, become a legend for their exploits clearing dungeons, a store owner providing resources to the broader community, or even a landowner carving out a piece of their own virtual land, Elumia is a digital playground of vast opportunities.

All NFTs in LoE have a 2D avatar image, a 3D viewable version, and a fully animated in-game 3D asset. Players retain total ownership of their in-game assets such as weapons, buildings, pets, and digital land. Elumia users can trade the assets within the marketplace. These are also available for sale on other platforms outside the Elumia website.

Elumia platform offers player-versus-player (PvP) duels. Gamers can compete against each other in the arena in battle formats featuring individual contests or team-based clashes. Experience and items earned through these challenges allow a character to remain atop the rankings. They can then add through trade or purchase NFTs representing enhanced weapons or armor that can propel them further up the ladder and attain still improved in-game digital loot.

Elumia provides key challenges where character’s abilities are tested in solo situations or where grouping with associates will be required. The solo route is an option for players who want to carve their own path through the Elumia ecosystem.

A guild system allows characters to join like-minded players, providing specific help that they need to defeat a particular encounter.

League of Kingdoms; Build Your Kingdom, Form Alliance, Fight and Earn in the Metaverse

Legends of Elumia uses two native utility tokens, they are $ELU and $EKS.

Elumia Crowns ($EKS) is the governance and staking token. Holders of $ELU are allowed to participate in DAO governance and stake their tokens to earn rewards. $ELU is also used within the game and spent to purchase character upgrades.

Elumia Crystals ($EKS) is the in-game currency. Players earn the token by participating in various activities within the game environment. It is the recognized medium of exchange within Elumia city and can be spent during in-game activities.

According to information obtainable on the website, the project roadmap started in Q3 2021 and is billed to end in Q2 2023.

It started with Server infrastructure and game client in Q3 2021. It is currently at Token staking, technical audit, private alpha game access, NFT sale and marketplace(Q2 2022). It would end with Esports challenges and grand tournaments in Q2 2023.

Why BNB Has a Long Term Uptrend