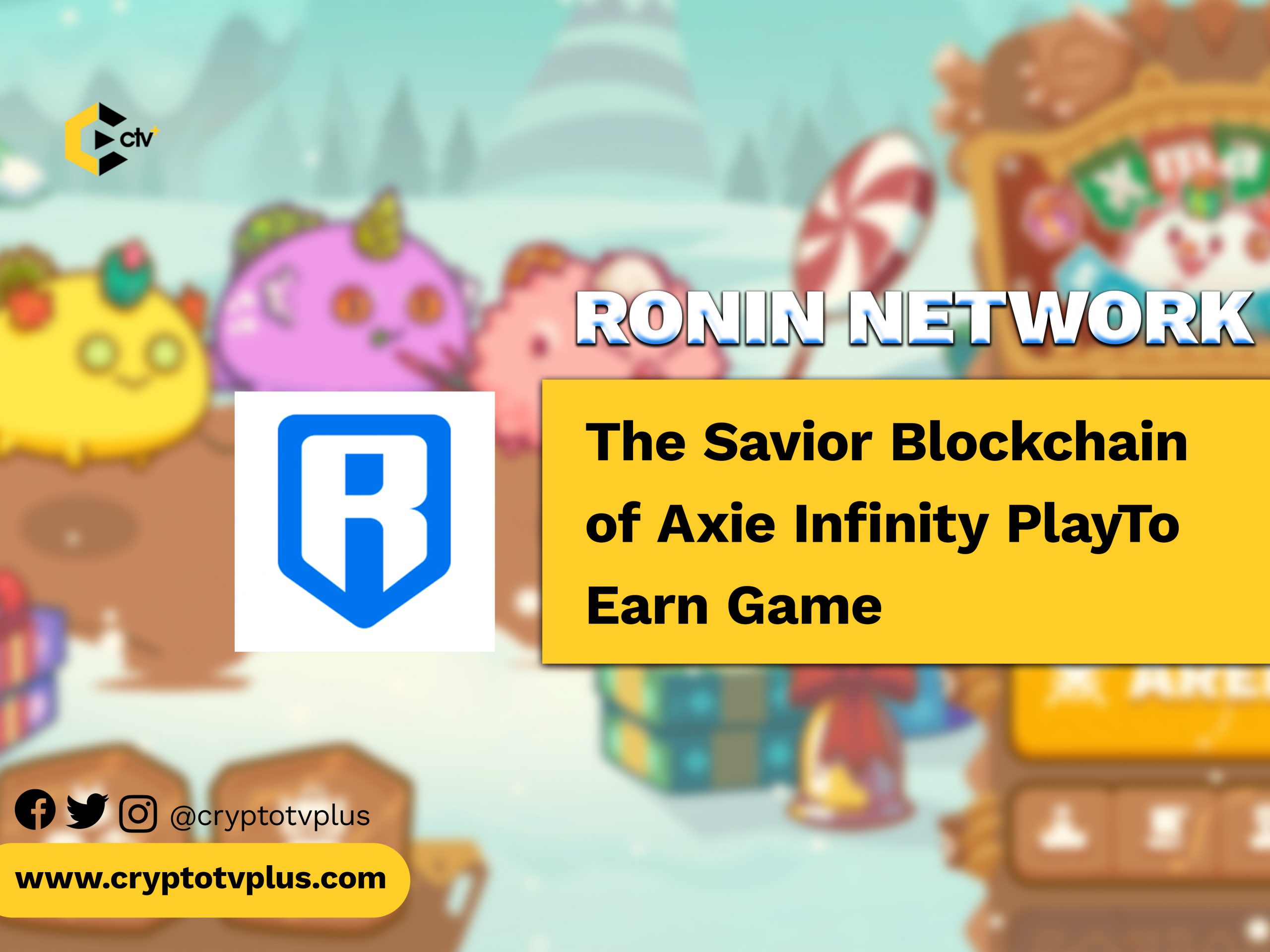 February 2021 saw the launching of the Ronin Network to save our darling Axie Infinity game. Ethereum has been the blockchain that brought about more scalability compared to Bitcoin allowing games like Axie to be built on it. However, it couldn’t fulfill the needs of the gaming community of Axie Infinity.

The team behind the game, Axie decided to create a network as a Layer 2 platform on which Axie can thrive. Gas fees, transaction rate, and other factors made Ethereum inefficient for Axie despite the rapid growth of the game. And then, Ronin mainnet was created and launched to allow Axie to thrive better.

What is the Ronin Network?

Ronin Network is a layer 2 blockchain built on Ethereum for the effective operations of games like Axie Infinity. It was created by Sky Mavis, the company in charge of Axie Infinity.

From the day of launch till date, the side chain has accumulated more than $5m in deposited assets as well as over 2 million wallet downloads for the native wallet. The Axie Infinity gaming community has experienced better functionality for one of the games that opened the world to GameFi advantages.

Trung Nguyen is the CEO of Sky Mavis, the parent body that owns the Ronin Network and Axie game. Trung has co-founded organizations like Lozi where he also functioned as the CTO. At Anduin, he served as Software Engineer.

Aleksander Leonard Larsen is the Chief Operating Officer of Ronin Network. As a professional in the blockchain gaming industry, he has served as a member of the Secretary Board of Directors of Blockchain Game Alliance.

Viet Anh Ho serves as the Chief Technology Officer of Ronin Network. Viet Anh used to be an intern at Google and Paypal, and once worked with the CEO of Ronin Network, Trung Nguyen, at Anduin Transactions.

The introduction of Ronin gave Axie a good relief from the limitations of other networks that were not in tune with the vision of the GameFi. Here are some of the features that made this possible:

The consensus mechanism is one important aspect of any blockchain platform. Ronin uses a modified PoS system, PoA. In this system, validators are always less than 25. The plan of the Ronin team was to make use of established blockchain platforms like Binance, Unisoft, Animoca as validators, and then to make that position open over time to the entire community.

Transaction fees are one of the challenges users experience when participating in several blockchain platforms. Ronin has worked out a system to reduce the gas fees as well as TPS when compared to Ethereum. To support the adoption of the network, Ronin Network permitted 20 free transactions to users.

In partnership with Ramp, Ronin created a native wallet that can be used to purchase Axie utilities in exchange for fiat. The crypto wallet is available as an extension on chrome and as a mobile device downloadable on Google Play Store.

Katana was developed to ease the use of Axie utilities on the entire Ronin platform. It is a decentralized exchange that allows the swapping of assets on the Ronin network at a very low cost. Some of the assets it supports are Smooth Love Potion (SLP), Axie Infinity Shards (AXS), Wrapped Ethereum (WETH), and USDC.

Ronin is not yet regarded as a fully decentralized platform because of the number of validators. The team is still making adjustments by adding more validators to bring about the decentralized feature every user wants to see in a DeFi platform.

Another challenge with Ronin is the competition. Polygon is one of such chains that has similar attributes to Ronin as well as Solana. However, the advantage Ronin has is the massive user base it has gathered as a result of the “full of fun” addictive Axie Infinity game.

“In the current situation, the admired development of Axie will contribute much value to products which are built on Ronin,” said Razel. “In the long run, this contributed value could create a positive network effect for Ronin and the network as a whole.”

Another positive for Ronin is the Katana DEX that has created a synergy between several assets and the Ronin blockchain, especially for Axie players. It is competing with DEXes like Raydium, UniSwap V3, and SushiSwap as of last November.

Thanks to the increase in deposited assets from 1M in March 2021 to 5B in October 2021; its DAU (Daily Average Users) moved from 428,000 in October to 1M in November. And in the same October, Ronin Network secured $152M in funding.

This engine that’s powering Axie Infinity’s growth shows a good sign of further development that can capture the blockchain market more. When investors like a16z, Paradigm, FTX, Libertus Capital stake their liquidity on a project, it’s always a good sign. (Make sure you do your research). Yes, Ronin was created as a second option to the problem of Axie, it has proven that there’s more that can be done.

[…] Infinity is one of the top twelve blockchain games according to the number of users. Ronin is the foundation driving the development of the Axie game. Owners of Axie had to create Ronin to […]