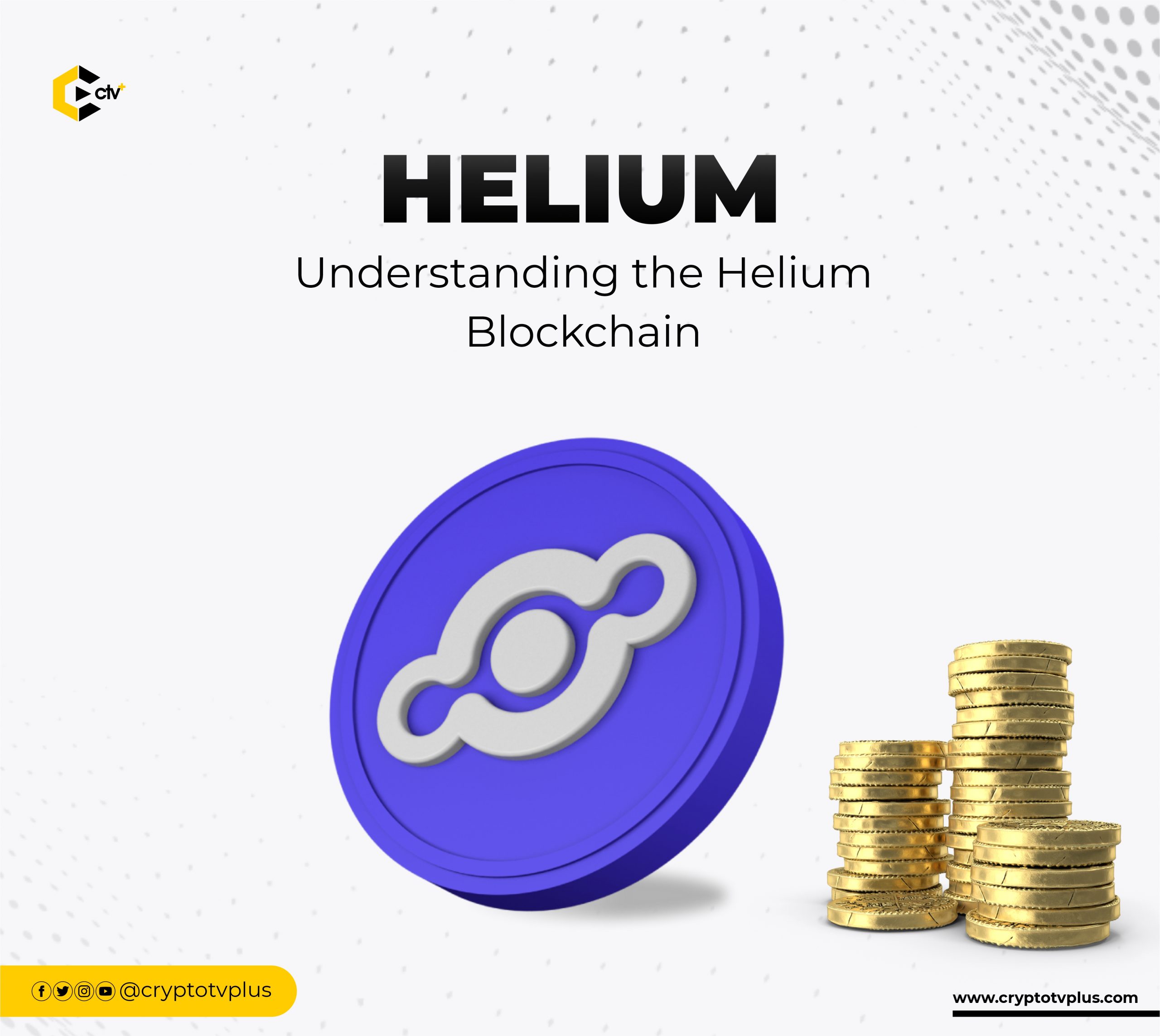 According to Amir Haleem, the CEO of Helium blockchain, this project “is a blockchain network that leverages a decentralized global network of Hotspots — devices that double as network miners and wireless access points — initially to provide long-range connectivity to the Internet of Things (IoT) devices, and long-term to connect anything to the internet via a decentralized wireless network such as 5G”.

In essence, the Helium blockchain is bringing the features of decentralization and others peculiar to the blockchain technology to enhance the vision of LoraWAN.

One major technique the Helium blockchain drives this is through incentivization. So, anyone who wants to be part of the network, to make sure that people around certain regions have access to it, is rewarded with HNT coins, making you a social contributor as well as a crypto earner. Very few crypto projects have such a direct and simple impact as Helium Blockchain.

It is “a low-power, wide-area networking protocol built on top of the LoRa radio modulation technique. It wirelessly connects devices to the internet and manages communication between end-node devices and network gateways,” notes trendmicro.com The nature of the network makes it possible for asset tracking, irrigation management, leak detection, pest management, and other essential industrial processes to be done easily. It consumes lesser energy, has a wider coverage strength, and can be located anywhere.

But the challenge with LoraWAN is the physical expansion of their public network infrastructure which requires capital. And this capital cannot be raised if investors can’t see good ROI.

Two other attached challenges are the time and effort needed to get approvals from local authorities to mount the hotspots in specific locations like on buildings, street lights, and other public structures. This is where Helium blockchain comes in.

How does the network function?

First, you’ll need a device, Hotspot, that sends data over LoraWAN. So, your phones and PCs might not do that except configured to do so. Devices in this range include asset trackers, soil sensors in farms, fire sensors.

“The Helium Hotspot creates a Long-Fi radio signal and routes packets from low-power devices in your area that use LoRaWAN and have been deployed to the Helium Network,” a Helium Hotspot user explained.

“Typically these are devices such as GPS trackers, environmental sensors, weather meters, etc., that only need to transmit and share small bits of information. The Hotspot uses your existing Internet (via WiFi or Ethernet) to deliver the data packets sent by devices. It does not replace internet or cellular service for regular devices like computers and smartphones.”

It is also completely different from the normal internet usage we have for sending and receiving messages. To make this clearer, Amir Haleem explains that “as an inherently decentralized network, Helium is fully encrypted and provides a high degree of security and ubiquitous internet access at a fraction of the cost of traditional cellular data.

Users only pay based on actual data usage. The Helium crypto protocol also does not come saddled with the accompanying restrictions and fees that a cellular provider might impose — like data caps or overage charges — and doesn’t require users to purchase additional hardware like a SIM card.

To start using the Helium Network, a user simply has to choose any LoRaWAN-compatible sensor, and onboard their devices using the Helium Console”. The Hotspots also act as miners which is where the reward for being part of the network comes in.

The Proof of Coverage consensus

The majority of the blockchains we’ve seen are either Proof of Work, Proof of Stake or Proof of Burn amongst others. However, the Helium blockchain is the first system to introduce the Proof of Coverage protocol.

How does this work? Proof of coverage (PoC) uses radio waves to validate Hotspots that are providing legitimate wireless coverage. The validation works by adding new blocks, performing new tasks, and rewarding miners with rewards.

These hotspots receive tests that are broadcast from time to time to verify that a particular hotspot, which serves as a node, is providing network coverage for a particular area and at a particular time. Passing the test determines the reward of Hotspot operators as contributors to the network.

A notable Helium Hotspot user explains that “a small group of hotspots to prove that they are in the location that they say they are. If they truly are there and online, and within radio distance of each other, then they can hear the “call” and respond as a witness to validate their position.”

The use of radio waves is the direct opposite of advanced hardware like GPUs or ASICs for mining Bitcoin and other “Proof of Work” based blockchains, which makes the ecosystem energy-efficient.

Challenges of the Helium blockchain

Now, it’s important to note that the word “challenge” is officially the work done to verify transactions and then mine HTN which is the native token of the ecosystem.

Then, a major challenge faced by the blockchain that needs to be overcome is the waiting time. This is probably from the marketing aspect and not from the network area.

Here are comments by two users on the Tactical Investing YouTube channel:

“I think the biggest problem with these helium miners is the waiting time, no one wants to wait for 20 weeks+.”

“The wait is so frustrating. I’m in an area that I think is going to be great for HNT mining, and I’d like to get 2 or 3 more, but the wait is what makes me not. I already ordered my one for my home back in June and I’m likely to not see it until November maybe December, I order one now, and who knows when it’s gonna be come in, much less where the value in mining will be with all the new miners coming on..”

For the network aspect, the size of data it can convey is minimal. “Data transfers over Helium are too slow for multimedia. But the company sees an opportunity in monomedia: connected-gadget data such as location, temperature, and pressure that require only a few bytes to transmit,” says Rob Pegoraro, a contributor at fastcompany.com.

This means they have to describe their market and niche towards monomedia making them lose out in the big future of data sharing which is encompassed by more videos and pictures than just text and audios.

One more problem is that the lesser the number of Helium Hotspots around you, to an extent, the less likely you can mine HNT. Why? You need to connect with individual hotspots to solve challenges and help the network serve people as much as possible.

A blog written on onesdr.com explains some of the causes of the problems faced by the Helium Hotspot miners advises this: “check to see if miners that you usually witness are in fact transmitting beacons. If they are not sending beacons, then you will not witness anything. This can happen if you are surrounded by a few miners and they are offline.”

How to Earn, Buy or Sell Helium

For the rewards, there are four ways your Hotspot earns HNT.

A Hotspot can earn the:

In general, Helium blockchain gives a promise of a peer-to-peer Internet of Things connection. If you observe the landscape of technological advancement, you’ll see that IoT is one of the main features of the world we’re going into.

And perhaps, the Helium team has taken this trajectory and is investing in this project making it a win-win for the organization and users who earn from buying and placing hotspots in their environment.

To an extent, it tackles a social problem. How? When you read about the uses again, you’ll see that it has a direct impact on people’s livelihood as it can help detect and manage agricultural disasters (like pest infestation) as well as domestic hazards like burning houses and help preserve industrial equipment by monitoring their location per time, relaying data between these devices and stations of operations.

Features of the Helium Blockchain ecosystem.