All you need to know about Goblintown NFTs
Advertisement

What you should know about NFT fractionalization

How to trade NFTs on Magic Eden

Here's Why PlaytoEarn Projects Will Fail

What you should know about Meebit NFT Collection 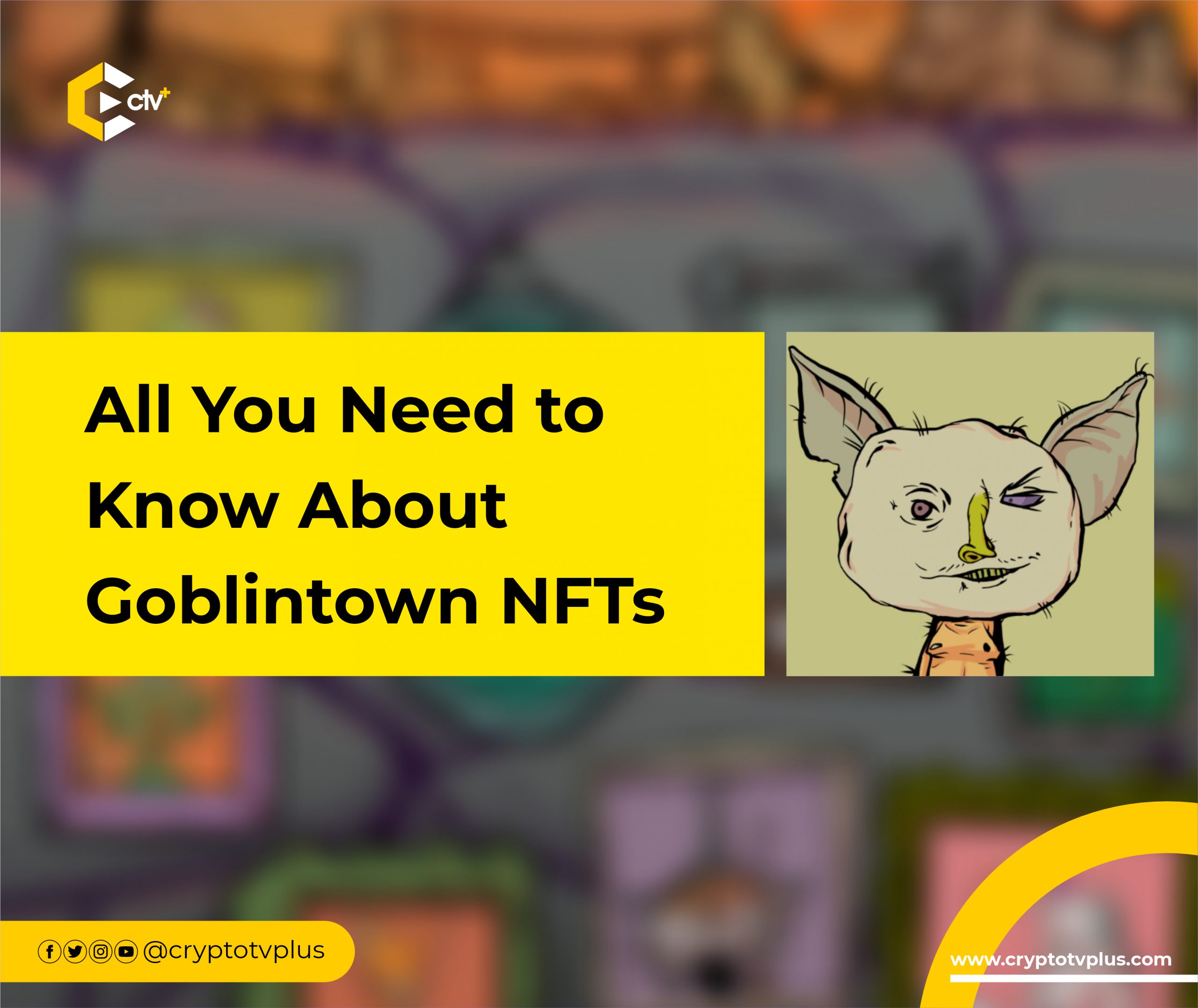 .The NFT market valued at $15.70 billion in 2021 has seen lots of awesome projects: from CryptoPunks to CryptoKitties, Cool Cats to BAYC, Vee Friends Collections, and those released by popular brands such as Gucci, and Chevy. But something weird happened in May 2022.

The Goblintown collection went live on May 22, 2022, and by June 1, 2022, more than $37 million worth of Goblintown NFTs had been traded with all its 9,999 pieces claimed as of July 9, 2022. In terms of design, the NFT is just ugly. But what has made it so successful? Even after receiving criticisms from top crypto figures like Justin Mezzell, why has Goblintown NFTs gone bullish in a bearish market?

This article will answer these questions and more.

No Community, No Road Map, “Anonymous Team” at Launch

It’s hard to see any successful crypto project that launches with an anonymous team,  allowing the community to play around with the project while they figure things out. This is one surprise this project has.

Here are other major attributes of the Goblintown Project:

Goblin was started as a result of trying to respond to the bearish crypto market. Because the feedback was already negative, the team decided to create a project that depicts the nature of the bearish market.

Therefore, “Goblintown” is seen as a term created to explain the crypto bearish market condition as well as the domain name goblintown.wtf. Globin as a word is said to have originated from a song in the novel, “The Hobbit”. The design of the NFTs is iconic as some of them have tattoos of the recently fallen Luna cryptocurrency while another depicts “Kevin” which mocks the NFT culture.

Goblin NFTs were launched with an anonymous team. While this was a thing of concern for the crypto community, a lot of buyers went ahead to mint the NFTs. Although, there were speculations around the ownership of the project with names like Michael “Beeple“, linked to it.

This rumour gained ground when Gordon Goner, one of the founders of Yuga Labs (BAYC) tweeted:

This guy with great hair showed up to dinner and started making goblin sounds. What does it mean? pic.twitter.com/5Qqt0X0wS9

But it was debunked by Beeple himself:

insane I have to say this, but i have not joined any shockingly low effort pump and dump projects that will remain nameless.

look at the charts of similar projects, you know in your heart how this story ends. 🙄 #NFA

The whole narrative about the team behind the project started changing when the “team” hosted a Twitter Space on May 26th that attracted over 86,000 persons listening to goblin noise.

Eventually, Truth Labs announced that they were behind the project:

This is the same team that created the 187 NFTs and Illuminate Collective.

All the 10,000 NFTs from the Goblin team were offered for free with users only required to pay for gas fees. This is part of the strategy used to gather more attention for the project.

When compared with projects like Bored Ape, and Cool Cats, the prize for getting a Goblin is super cheap.

One of the most important elements that distinguish the most successful crypto project is the Road Map created by the team that shows the proposed evolution of the project. But Goblintown came without a roadmap and up to date, there is also no verified road map released for the large community on the project.

During the launch, there was also no structured marketing strategy carried out for the project. This is one of the reasons the global NFT community is amazed at the rate of adoption of the project.

For any holder of the Goblin NFT, there are no restrictions on what the person can do with the asset. The team placed a CCO (Creative Commons Zero), a creative commons license, on the NFTs. With this, holders can as well commercialize the NFT to suit their goals.

BAYC has a similar structure for its holders as each is given IP rights making them able to recreate with animations, produce stories, multiple copies, and more.

The founder of Proof Collective and Moonbirds NFT, Justin Mezzell, explained that the launch of the project was exciting but he wasn’t going to be part of it.

Kristy Tillman, Netflix Director of Product Design called Goblin Town NFT an “either an absolute new low or brilliance” and opined that it is hard to detect the difference between the two.

Another backlash came in from the Founder of Invisible Friends, Markus Magnusson, an Ethereum NFT collection who sent a meme on Twitter complaining how the Goblin NFTs are “killing” other NFT projects like his.

Gary Vee has been linked to the project and it feels true since he is following the project on Twitter. The metaverse brand, Sandbox is another major name that has bought into the project. Of the twelve 1-of-1 Goblintown NFTs created, Sandbox got one for 26 ETH.

Goblintown has defied the odds of the NFT world, especially in a bearish market. Based on what the team, Truth Labs have done with previous projects, and Twitter updates by the team, Goblintown NFTs has so many potential to offer the crypto world. However, make sure you carry out your research before investing in any project.

What you should know about Meebit NFT Collection

Things to Know Before Minting Your NFTs

[…] that there are projects with unknown teams. Sometimes this is used as a marketing strategy. The Goblintown.wtf is an example. In this case, the other four parameters can guide […]