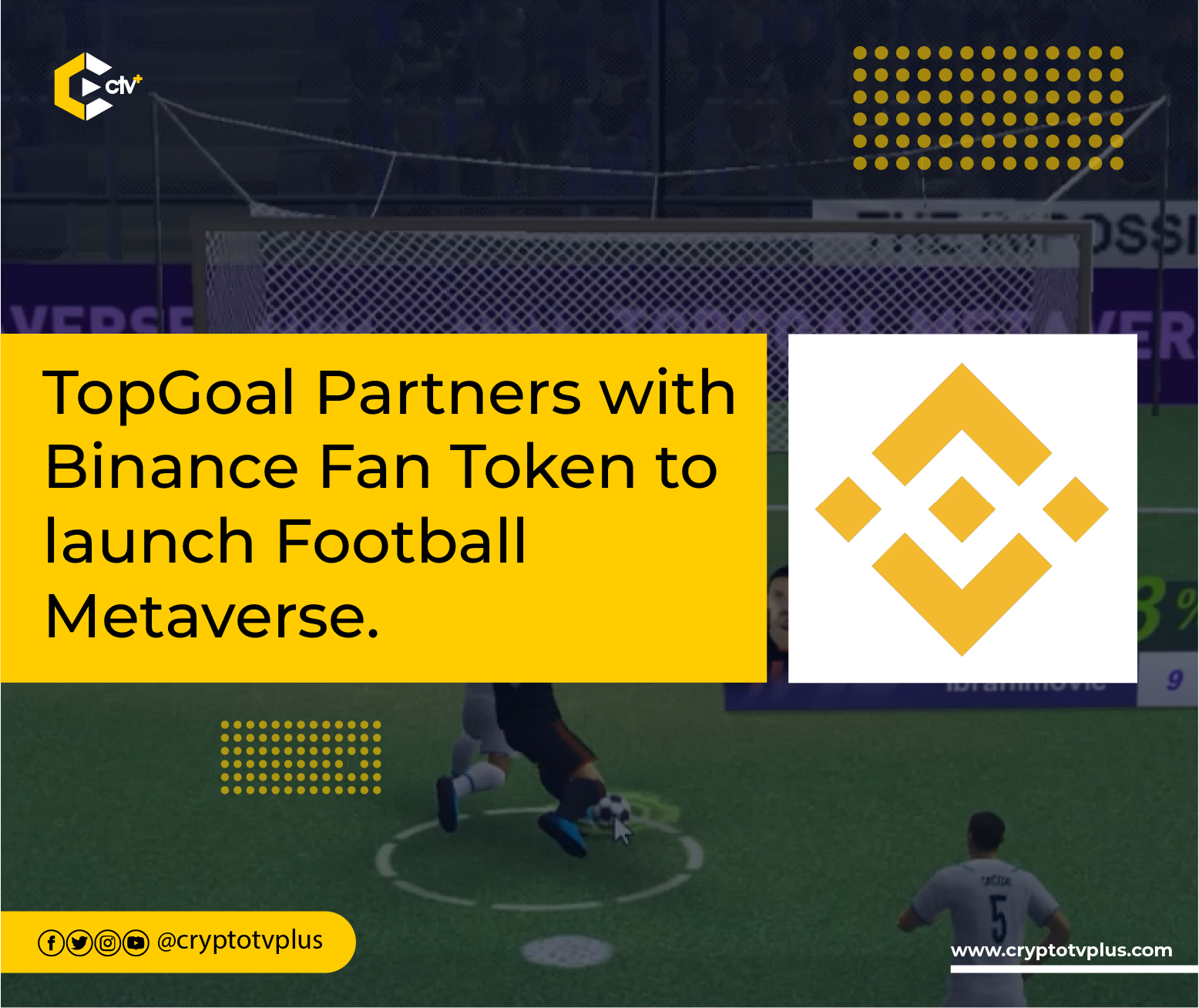 According to the announcement, the partnership is to “onboard’ football clubs into the Web3 space and fans in TopGoal metaverse through Game & SocialFi.

The partnership is expected to add more utility features to the football metaverse, such as club-based in-game jerseys. These utilities are engineered by NFT technology and are intended to drive a connection between clubs and fans, as well as drive new business models and revenue to the clubs in the web3 field.

Speaking about the partnership and the new project, TopGoal Co-founder Xander, said that the goal is to give fans  “virtual matchday experiences, virtual SocialFi experiences, virtual leagues, and tournaments” so that they could make them “feel part of the clubs” while at the same time monetizing and maximising the interests of the Fans Token clubs.

The partnership and launch of the Web3 football project comes at a time when fans from all over the world enjoy supporting their national teams in the ongoing FIFA World Cup.

TopGoal are launching a joint project with @BinanceFanToken to develop a new football metaverse with new fan token utilities in TopGoal.

This partnership will help onboard clubs into web3 & connect fans in TopGoal metaverse through Game & SocialFi.https://t.co/IxpvG9vOPa

With over 3.5 billion football fans all over the world, only a fraction of that number can attend stadiums to watch matches live; TopGoal and Binance Fan Token aims to connect fans from all over the world, giving fans a feeling of inclusivity and connectivity to the matches being played.

The Project is reported to be planned in 3 stages.

In the first stage, TopGoal will integrate Binance fan token into its platform and introduce certain use cases for fan token holders to participate in TopGoal’s first web3 game TopManager to win rewards

In the second stage,  TopGoal will work with Binance Fan Token to partner with clubs onboarding the TopGoal metaverse and introduce NFT-based products licensed by clubs to fans.  Utilities such as customised club jerseys and sneakers for fans.